After the F litter when to their new homes in July things quieted down some.

Not too much since Hunter’s Forest Wanderer stayed with us. While he hasn’t had formal obedience training he has received home schooling. We worked on the basics like come, sit and heel. 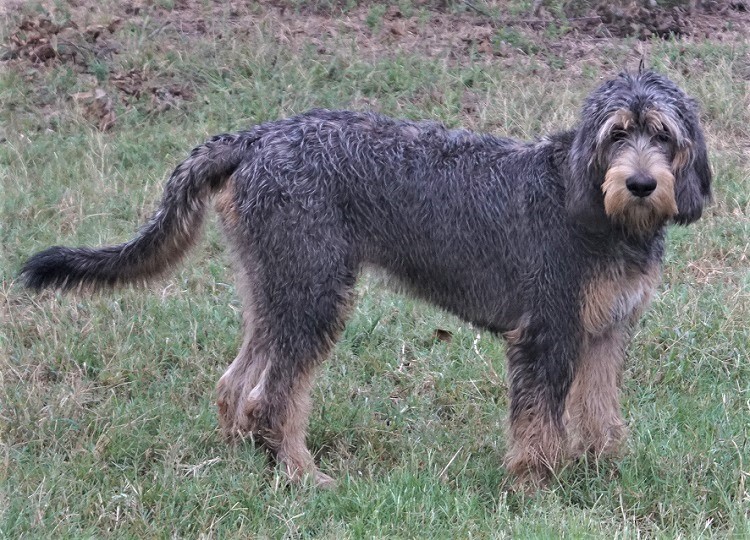 Forest works well on leash but like all tracking Otterhounds, once on a scent he can’t hear you screaming his name from two feet away.

Since official tracking classes were not being held during the heat we worked with the girls and Forest on tracking at home. It is a chore for two people to work eight tracking Otterhounds.

There are days when some of them work well enough to pass the beginning tracking test while at other time they work like they haven’t a clue what they are supposed to be doing. Other days they are distracted by every little thing or would rather just track on their own. Forest has picked up the idea of tracking quickly even though he was only five months old when he started.

Once a stud was decided on that would match well with the girls we just had to wait for them to come in heat.

As usual with Otterhounds the girls had their own schedule and didn’t come in heat until after Christmas. We chose who got bred by the simple expedient of who came in heat first. 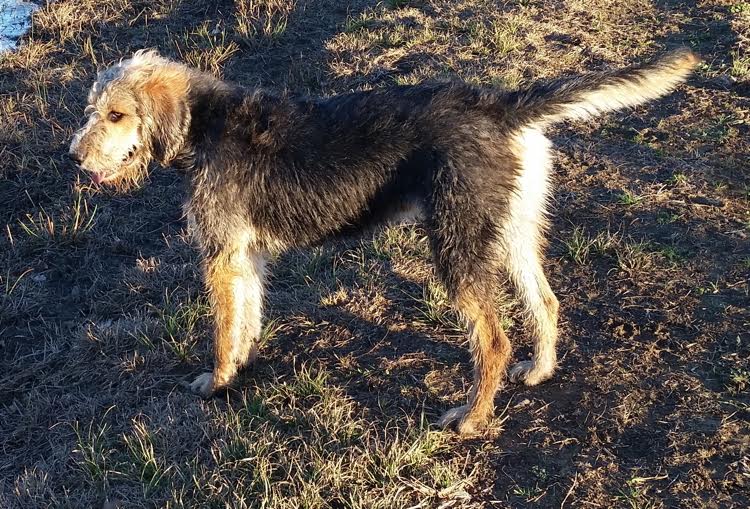 On February 5 we took Dawn to the vet for an ultra sound. The vet said that she is definitely pregnant. If all goes well we will have our G litter of Otterhound puppies around the second of March.