The pups are really growing. They are nearly twice the size of the E Otterhound litter pups at this age. Their eyes are fully open and their eyesight is improving. The F Otterhound Litter are up on their feet and wandering around the whelping box especially when mom is not there and they are hungry, which seems all the time.

They have begun to play with each other and have some serious mouth fights. They also are beginning to cut teeth which mom doesn’t care for. The Otterhound Litter have been mouthing the board in the doorway and trying to climb over so we had to add another board.

Hunter’s Frisco Traveler is now 6.7 pounds. He continues to be the most vocal of the Otterhound Litter. When he doesn’t get what he wants (food) he will sit and howl. He was the first to try and climb out of the whelping box. 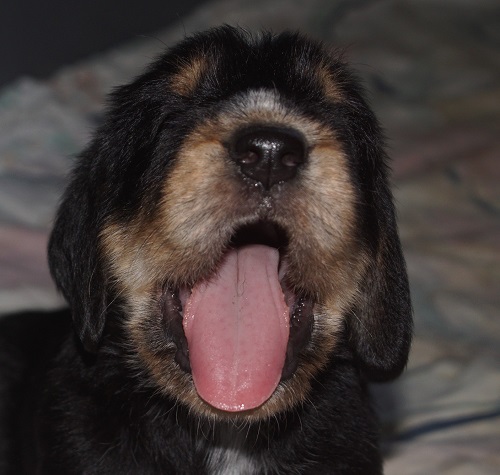 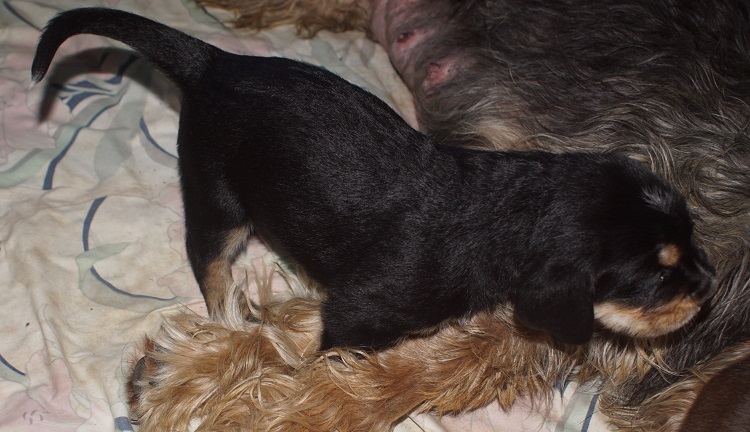 Hunter’s Forest Wanderer is now 6.4 pounds. He is the most steady on his feet and started chewing on the board across the entry to the whelping box first. He tried to climb out by climbing over mom. 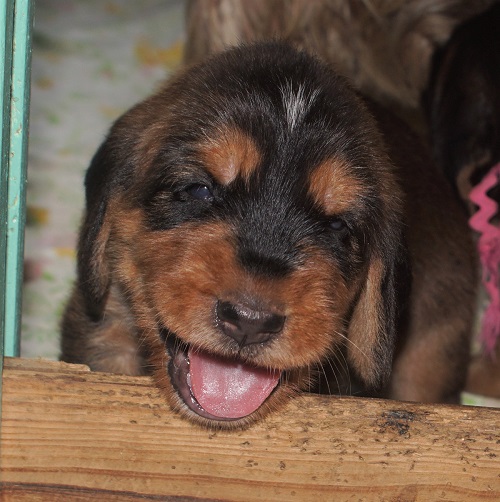 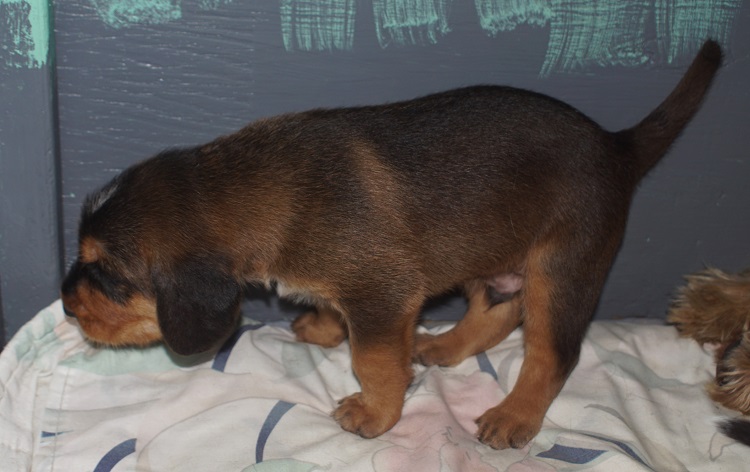 Hunter’s Fate of Magicwood is now 6.1 pounds. She initiates many of the wrestling matches with her brothers of the F Otterhound Litter. She discovered the board across the entry to the whelping box first and tried chewing on it than climbing over it. 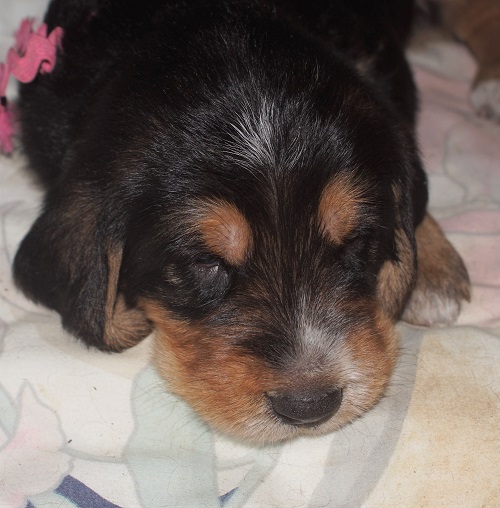 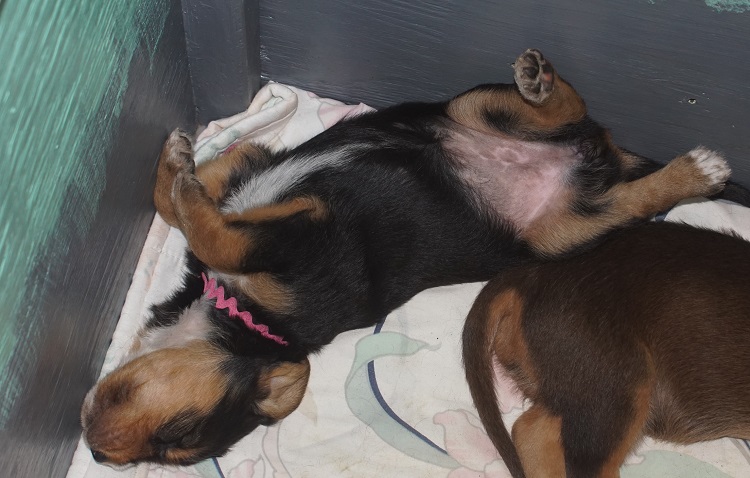 Click the link if you want to see more of F Otterhound Litter Puppies as they grow.