Fall is officially here and the Hunter Otterhounds are looking forward to cooler weather.

September has been a busy month for the Hunter pack. One way or another thoughts have been involved with puppies.

On September the fourth the Hunter pack welcomed a new member. She is not an otterhound but a rescued 3 month old boxer pup named Daisy. She is energetic, friendly and has fit well into the pack. She has a great time wrestling with her adopted sisters: Cheyenne and Clara. She loves the water and swimming in the pond. Slowly she is learning the older members of the pack won’t put up with her playfulness.

On September ninth Ch. Hunter’s Lonestar Barclay was bred to Bella (GCH Blue Fairy’s Breaking Dawn CGC). Bella is a Blue Fairy Otterhound Princess and a pretty California girl with a black and tan coat, lovely ears and a great temperament. She has earned several titles, AKC Grand Champion, S.T.A.R Puppy, Good Canine Citizen, and Rally Novice. She is a sweet girl who loves agility and nose work. She is 24 inches tall, weighs eighty pounds and is Glanzman’s clear. If everything goes well Barclay will become a father for the second time in mid November. 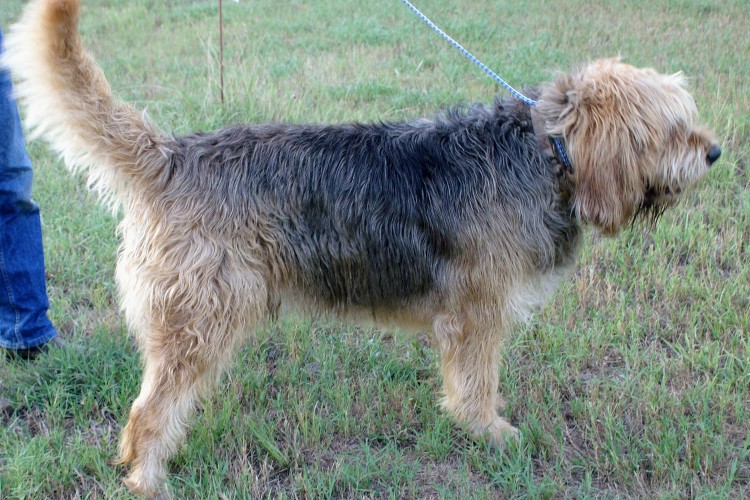 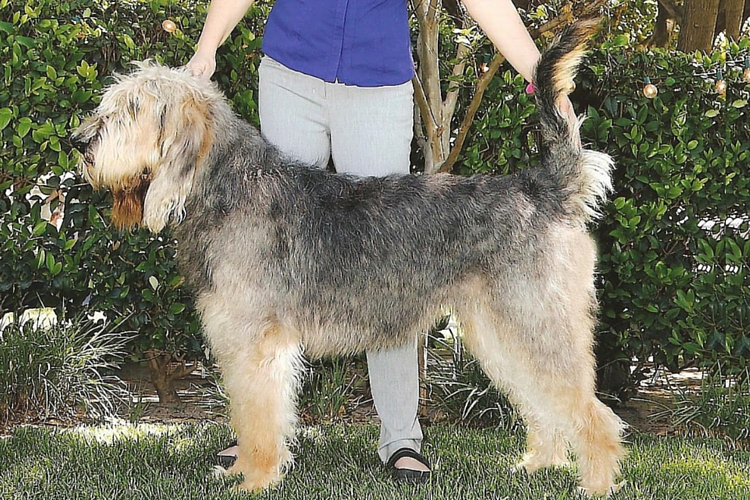 Plans have been made to breed Hunter’s Sunny Cheyenne on her next heat. After much searching through possible studs it was decided to breed her to Adeline’s Silas of Lake Oconee. He is a good looking fellow with a good bloodline and good hips. In fact there were five with good hips in his litter. His coloration is much like a pale version of Cheyenne’s mother, Quick. He has the same white on underside, legs and face with tan and a pale grizzled saddle. 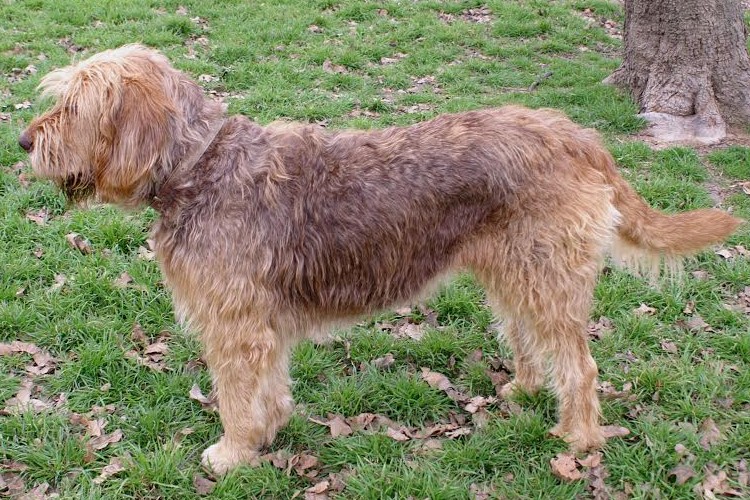 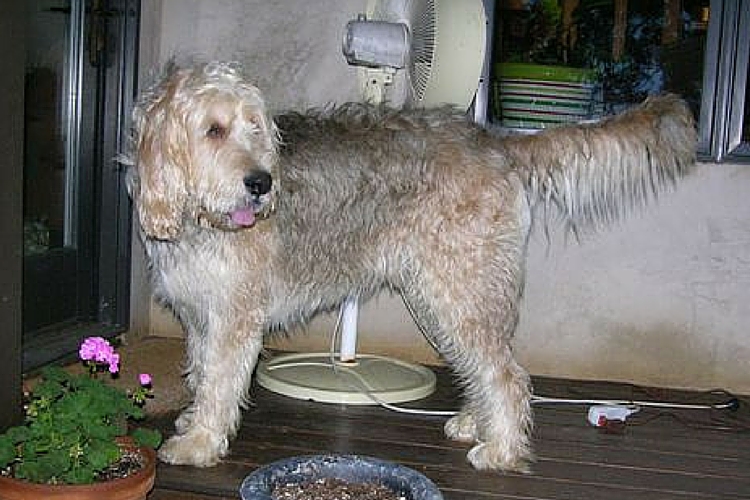