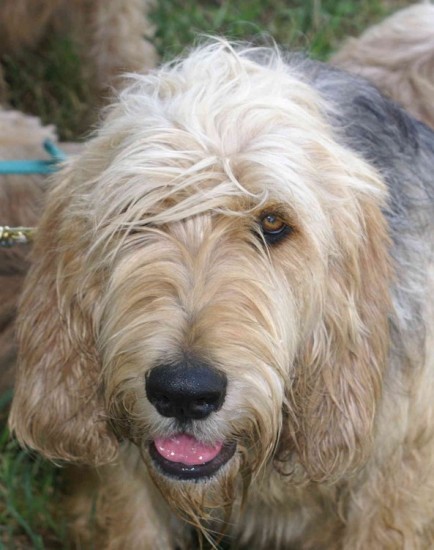 Bonney is a big girl having reached the size of her mother by seven months of age and weighing 94 pounds at nine months. She is into everything and if anything gets pulled down or torn up you can bet she had a paw in it.  She always seems very repentant when you catch her but she soon forgets what she got in trouble for.

We began training her for show when she was three month old and she attended a socialization class when she was five months old.  She is curious about new things and takes most things in stride once she gets over the initial start. She did well in her first show.  Both days she got Winners Bitch winning over Quick and Pris. On October 23, 2010 Bonney took Best of Breed.  This gave her not only her third major  but also her Championship.

She has received all her shots and is doing well. Bonney was tested for Glanzman’s Thrombasthenia and is
clear. She was x rayed for dysplasia and received an rating of severe.  Bonney received her CHIC number in December 2011.

Bonney Pedigree available on the Otterhound Club of America site 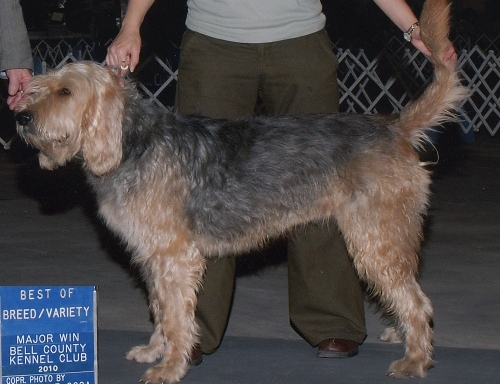 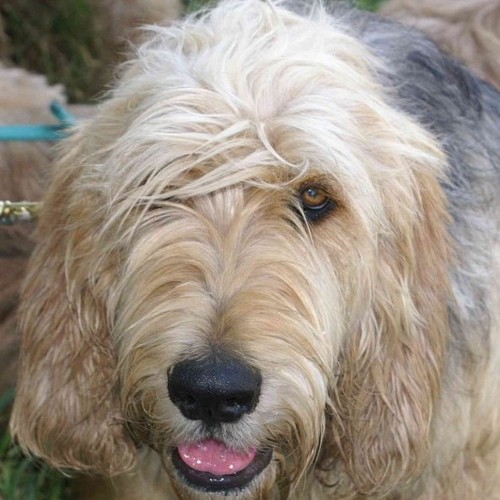 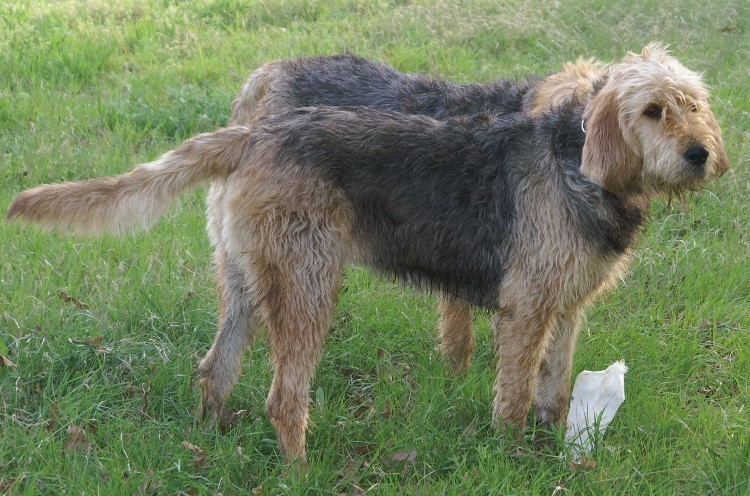 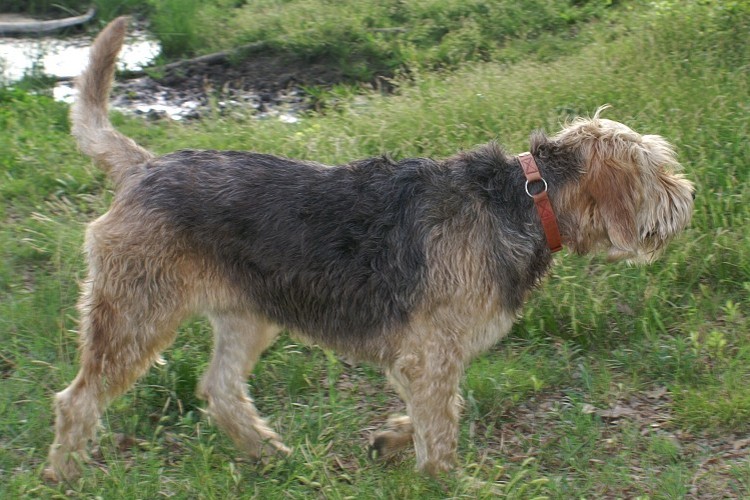 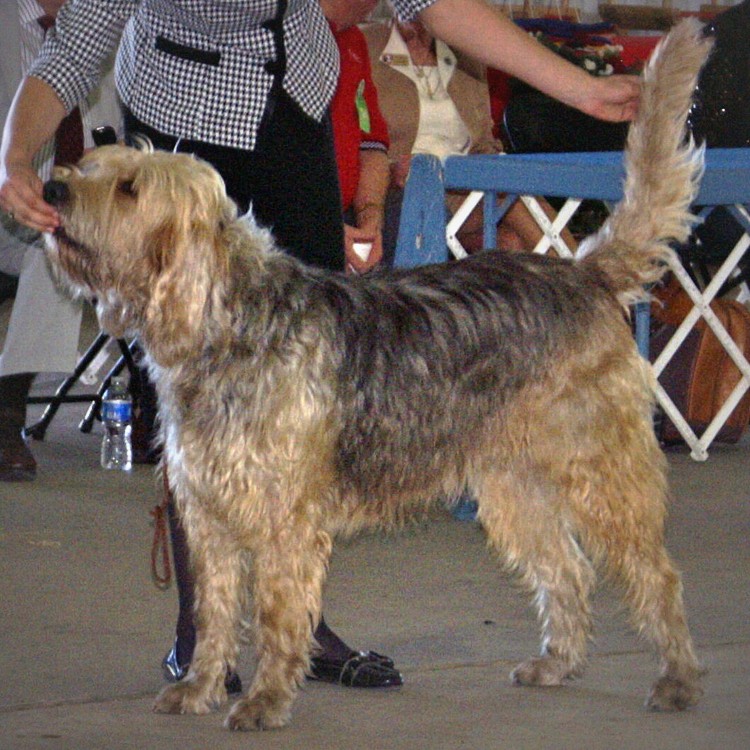 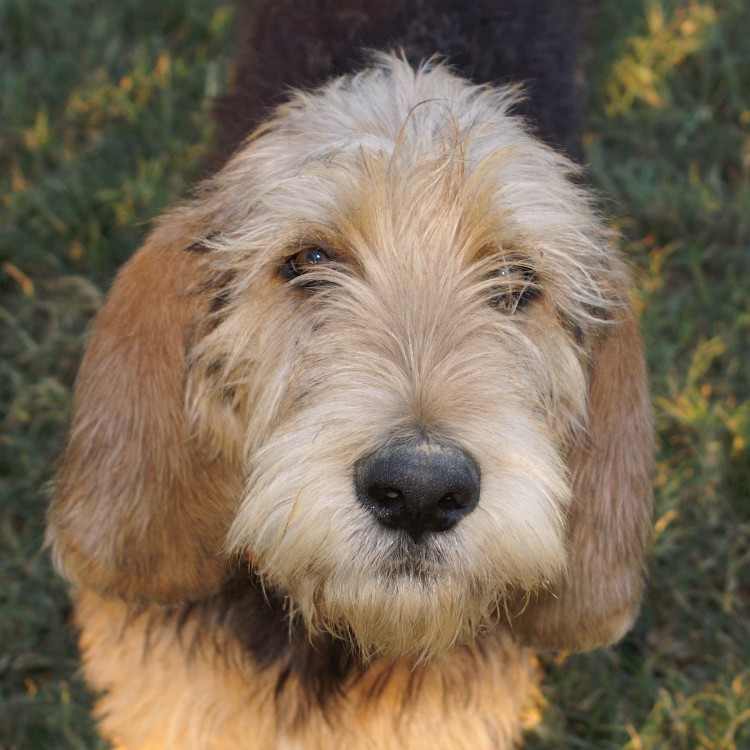 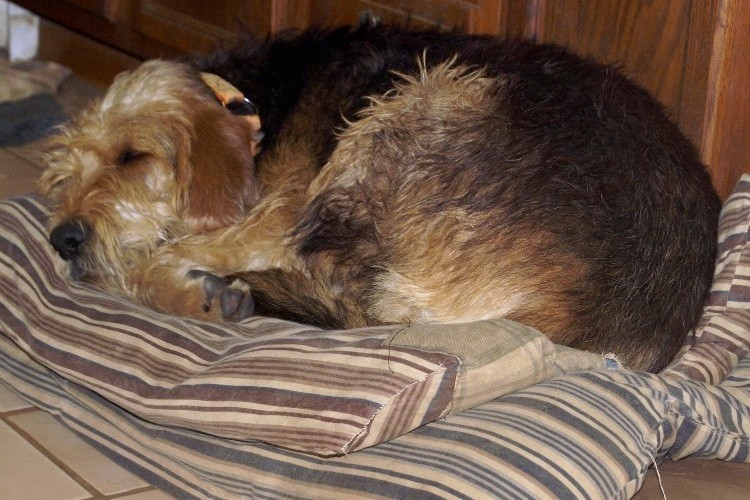 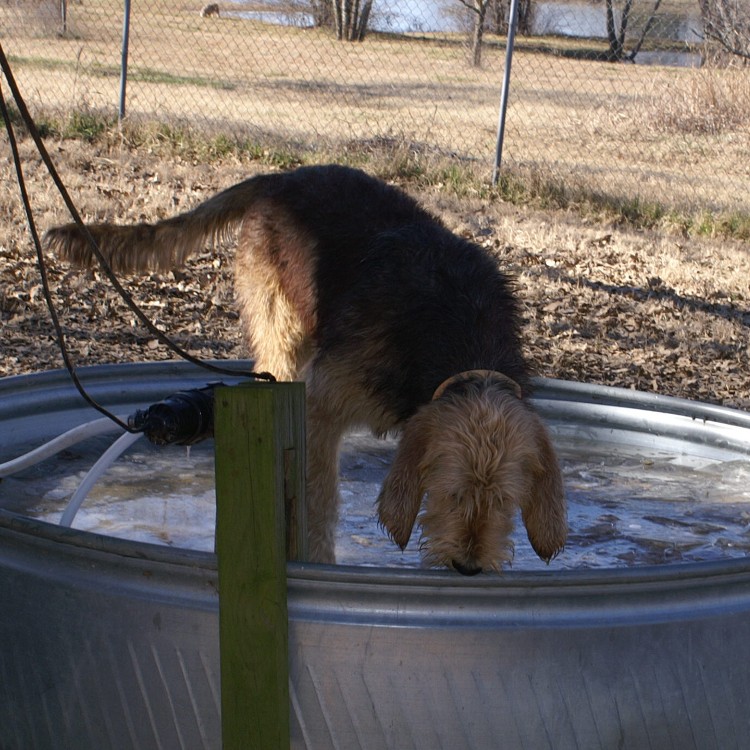 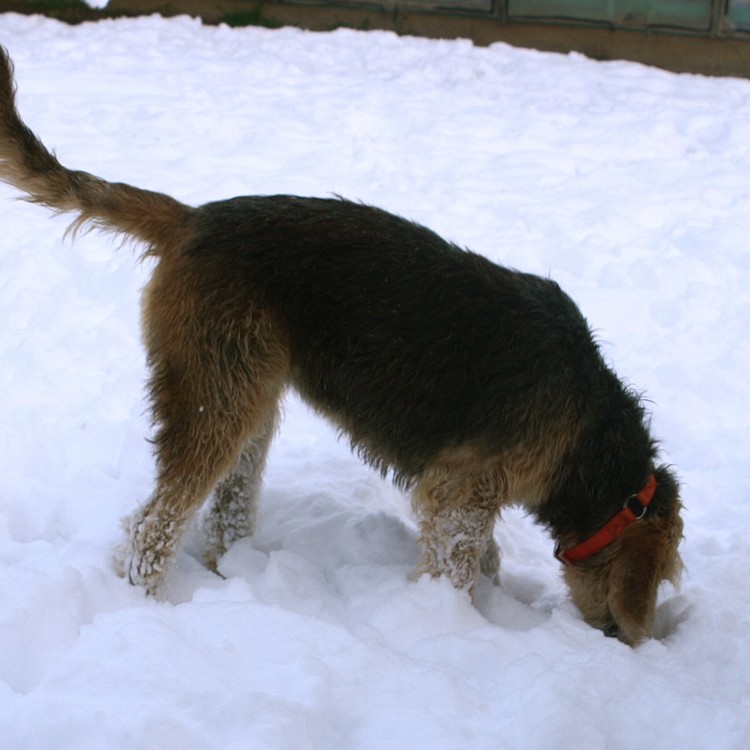 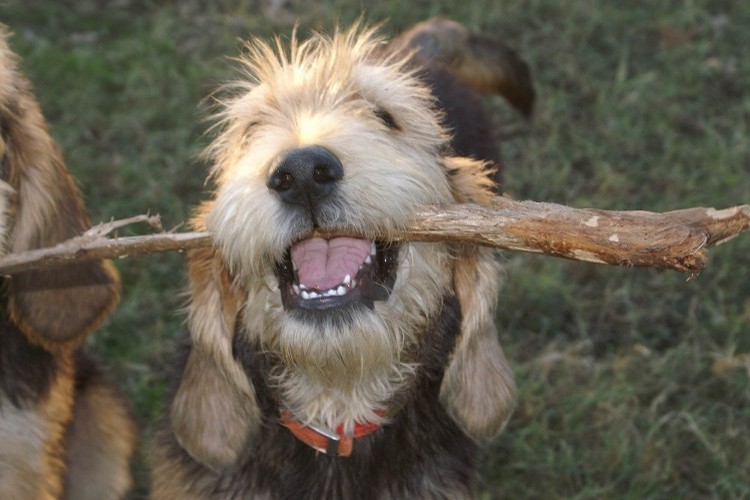 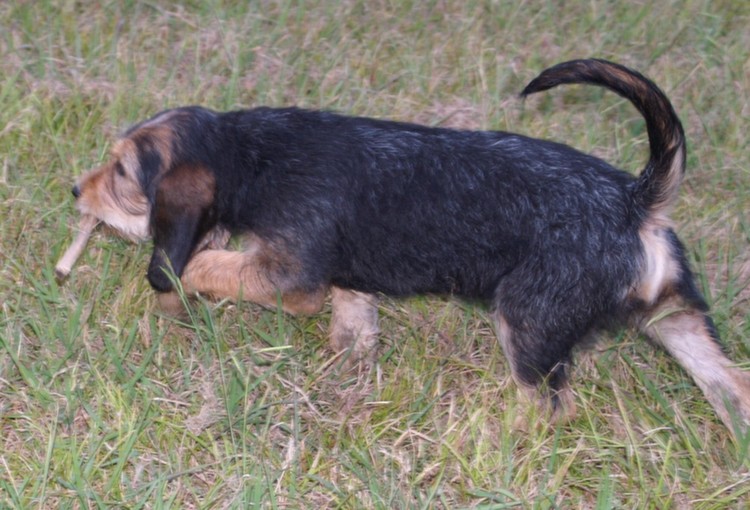 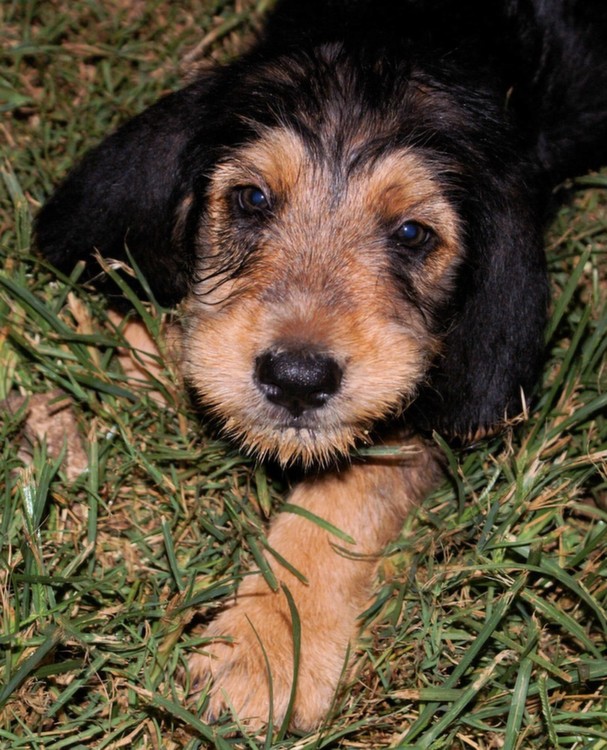 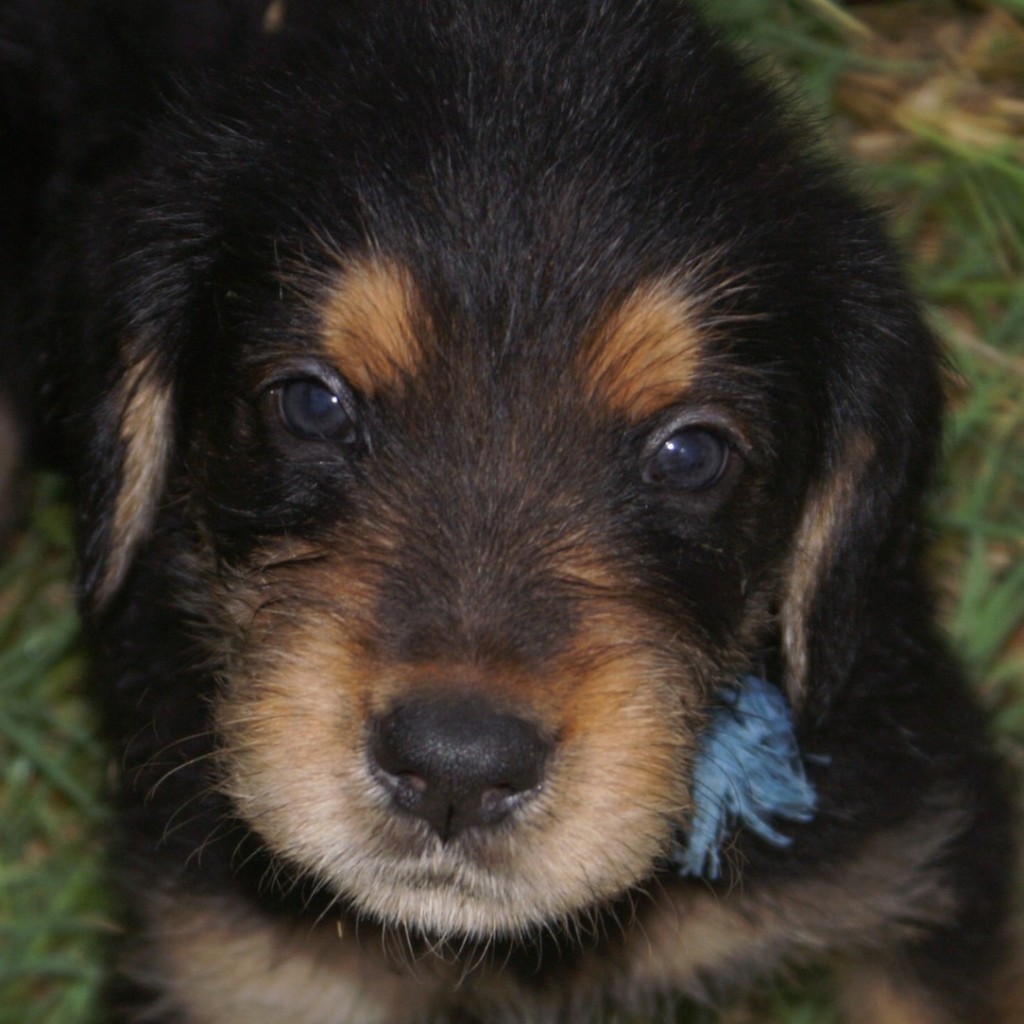