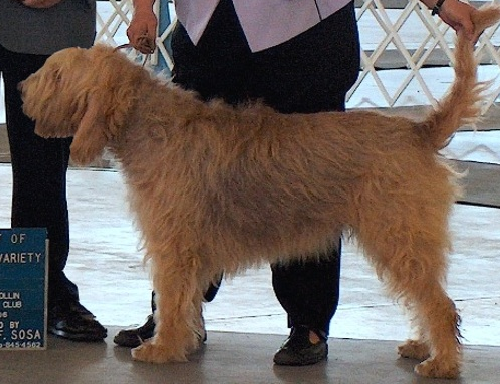 Nicky is our first show dog, so we all learned about showing together. She had a hard time getting points because generally she was the only Otterhound entered. However when we went to the Specialty in September before her second birthday and Nicky; our Schrader Otterhound, placed in every class she was entered. She received her Championship September 18, 2006.

She is a striking liver and tan with the light eyes and liver nose according to standard. When she is ready to show she trots around the ring like she owns it. She can be playful, moody, affectionate and down right silly. She has a habit of sleeping with her paw in her mouth and if you have a leash in your hand she has to hold on to it.

Nicky was checked for Glanzman’s Thrombasthenia and x rayed for dysplasia when she was two. She came back clear of Glanzman’s but unfortunately she was rated OFA severe. Then in May of 2008 she developed pyometra and had to be spayed. Though she can’t have puppies or show she still loves any dog she perceives as a puppy and she still loves to go to shows.

Nicky Pedigree available on the Otterhound Club of America site 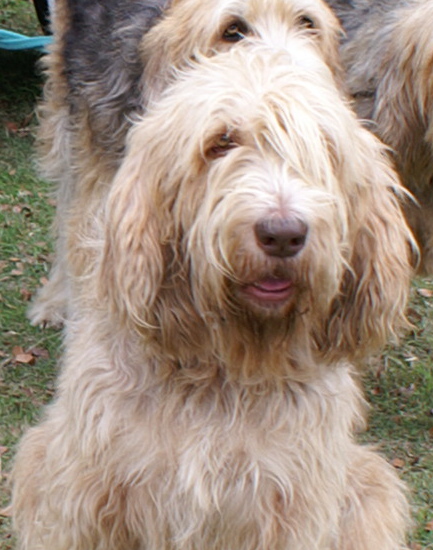 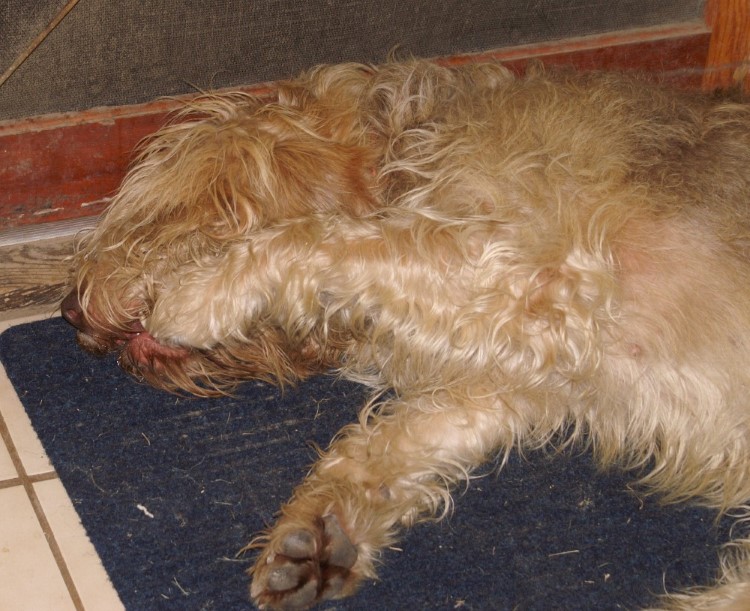 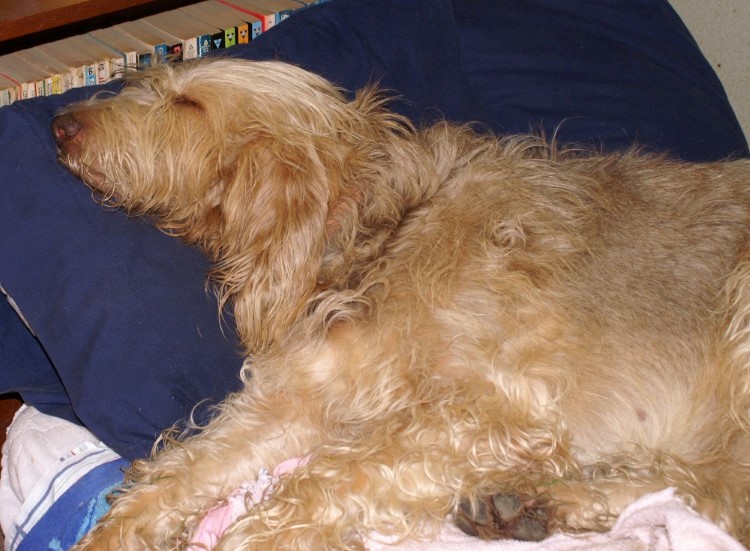 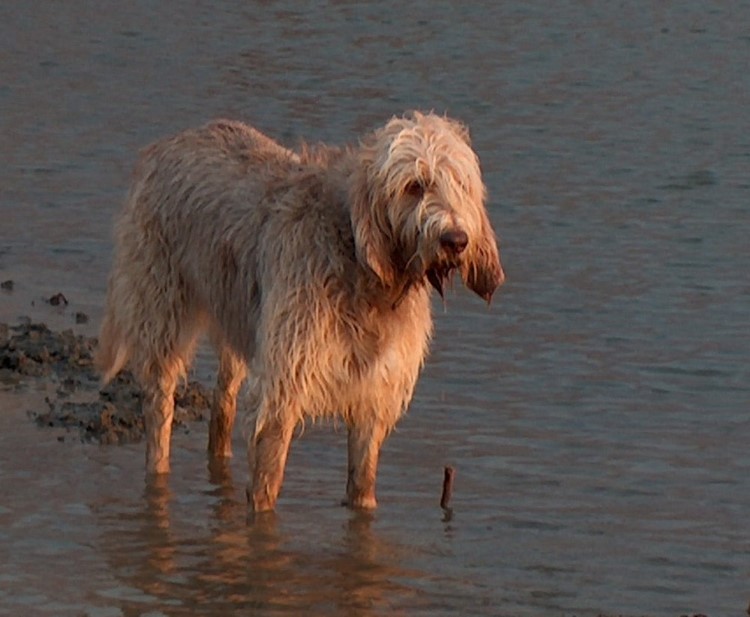 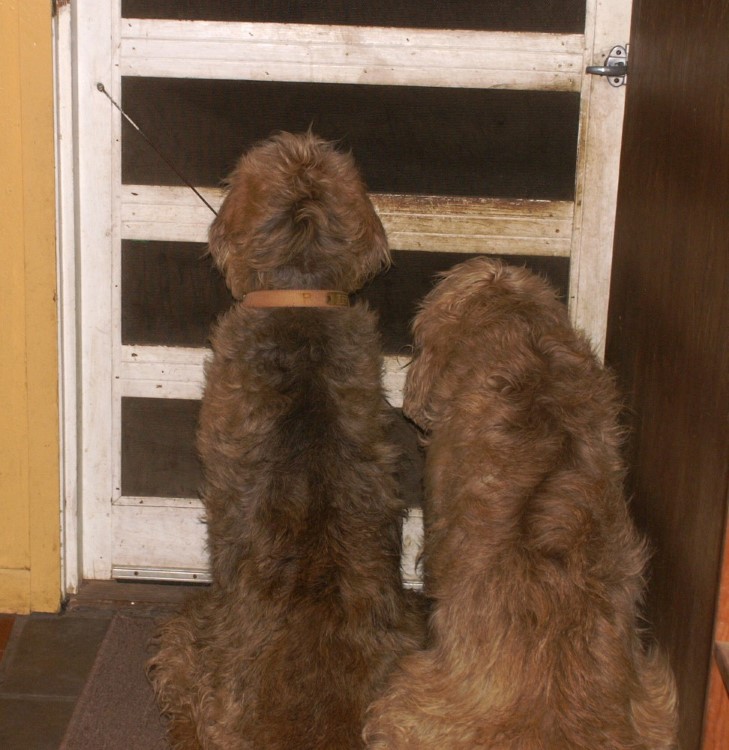 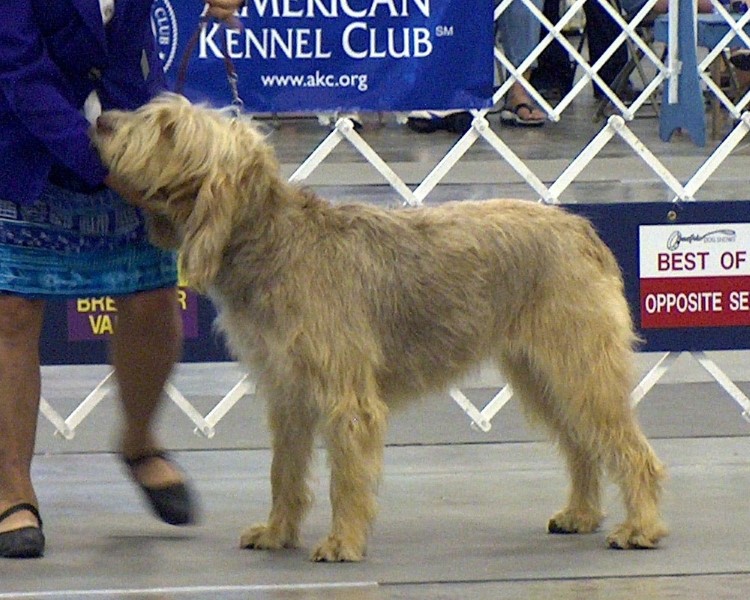 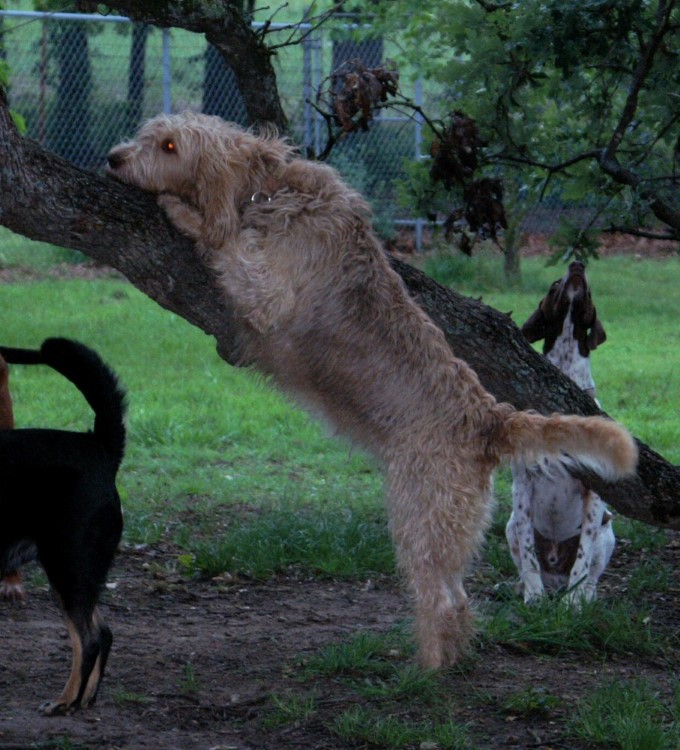