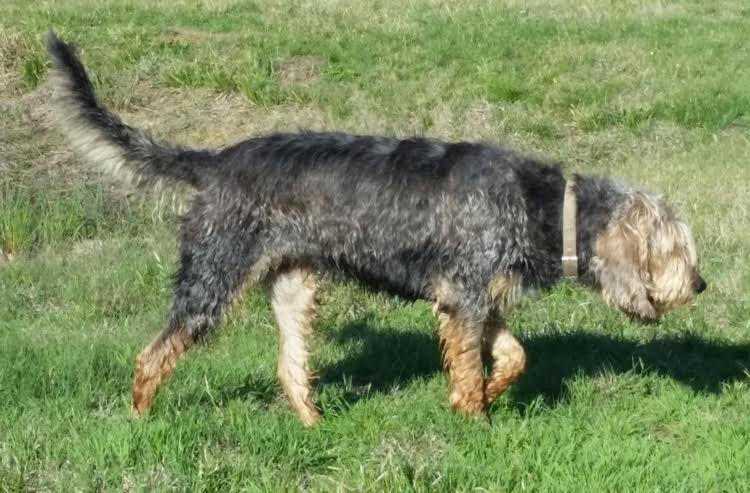 Dora is from the Hunter D litter. She is black and tan with a short thick and wavy coat.

She is very solidly built. She loves to hunt and will hunt for hours. While she moves fast she is very quick to turn with the scent. She is the most laid back of the girls in the D litter. She tends to keep to herself and really loves attention.

She won Best of Breed in her first show and received her first major.

She went to a beginning obedience class with her sisters and did well.

She is Glanzman’s clear by parentage and is current on all shots. She has had blood submitted for the DNA study. Dora had her hips x rayed at 28 months and the OFA rated her hips Excellent. She has OFA number 235. Received her CHIC number in October 2018.

Dora Pedigree available on the Otterhound Club of America site

Pictures of Dora the Otterhound 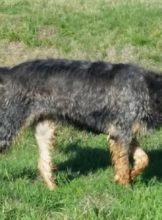 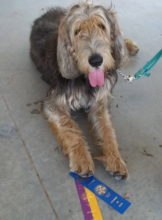 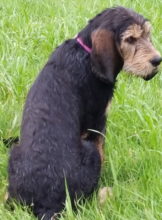 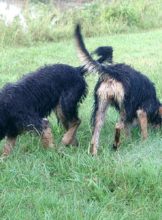 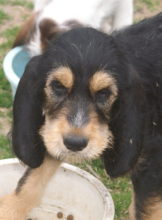 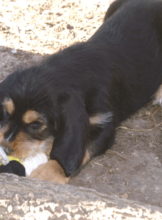 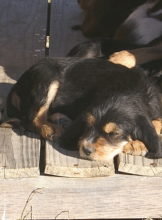