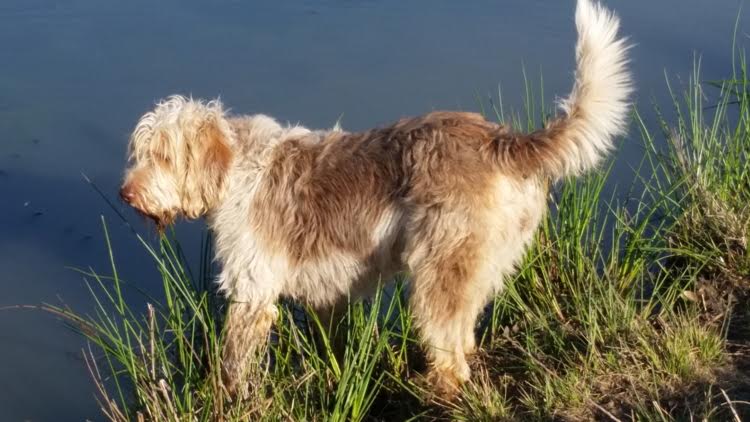 Hunter’s Diana Evanna of Adeline is from the Hunter D litter. She was born white with large liver spots. As she grew the liver spots grew larger and the white areas became freckled. She also has developed some tan and freckling on her legs.
While she is not small she was the smallest female in the litter. She loves to eat and is always the first to come to meals. She has developed a stockier build and is very active.

She went to a beginning obedience class with her sisters and did well. She believes in doing things her way through.  She won Winners Bitch at her second show and received not only her first points but also her first major.

She is Glanzman’s clear by parentage and is current on all shots. She has had blood submitted for the DNA study. Diana had her hips x rayed at 28 months and the OFA rated her hips Good. She has OFA number 236. Diana received her CHIC number in January 2019.

Diana Pedigree available on the Otterhound Club of America site

Pictures of Diana the Otterhound 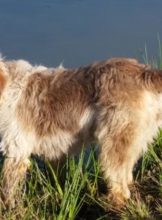 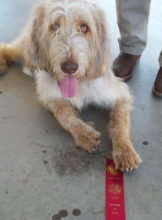 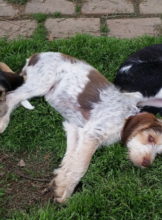 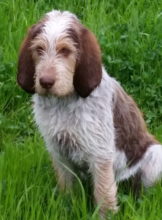 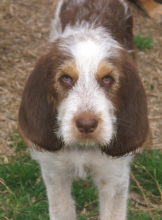 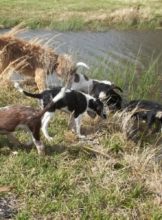 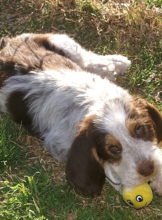 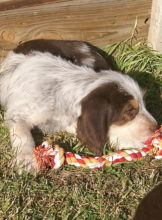