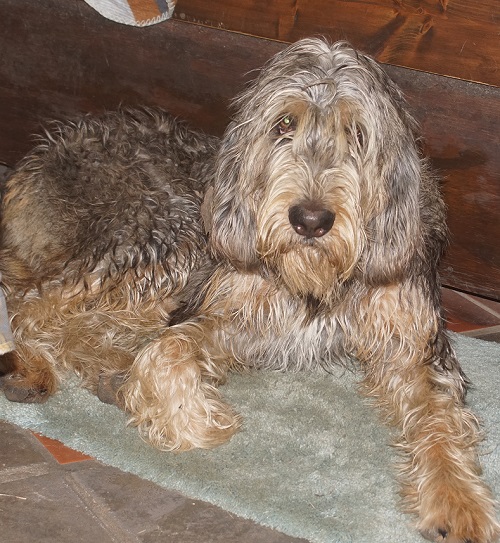 Forest is from the Hunter F litter. He was one of three pups and the only one born brown with a black mask. As he grew the black mask faded but the rest of his coat became darker. By the time he was registered his coat was black and tan grizzle with tan markings.

At nine months he is very leggy and thin. He loves to run with the girls and not only likes to wade but also to swim.

While he hasn’t attended any classes he has been working on tracking. He loves to track and does it at a fast clip.

He has had his blood submitted for the health study and CHIC DNA. He is Glanzman’s clear by parentage but will be tested soon. He will have his hips evaluated when he turns two years old.

Forest Pedigree available on the Otterhound Club of America site

Pictures of Forest the Otterhound 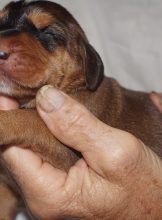 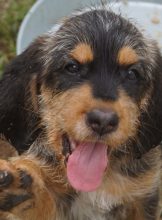 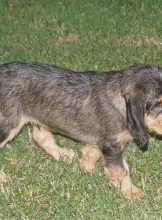 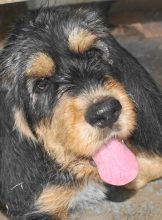 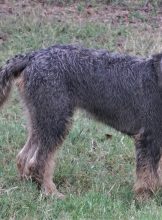 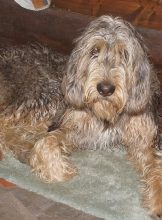