It has been a while since we updated the What’s new page. Since the last update in April the five males have all gone off to their new homes. They have settled in and are doing well. The girls are all staying with us. It wasn’t what was planned but that is how it worked out. 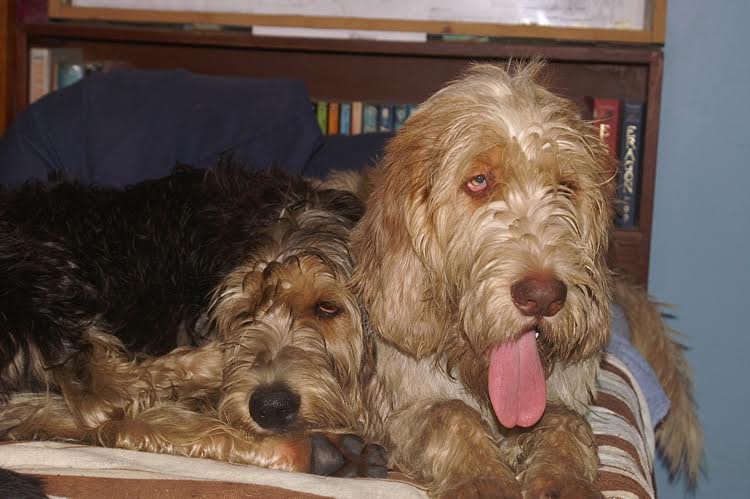 The four girls and Darco (now Arthur) went to obedience classes back in May. They did really well in class and sometimes do well now that the classes are over. When they are turned into the fenced pond area they race around hunting. In the excitement they forget everything including their names.

In July they went to the Lone Star Classic Kennel Club show for Meet the Breed. They got to meet a bunch of people and check out all the sights and sounds of a show. They also got to meet their uncle Harvey and get together with their brother Damon.

In August the dogs decided we didn’t have enough excitement in our lives. On a Saturday Clara and Barclay pushed out the west gate and took off. Allen found Barclay about an hour later but Clara didn’t show up until nearly six hours later. Two dogs out and running around really got our attention.

Three days later on Tuesday morning, in spite of repairs to the west gate, they staged another escape. This time Clara and Barclay took Cheyenne, Dallas, Diana and Dora with them. The adults we figured could find their way home but the pups had never been loose before. 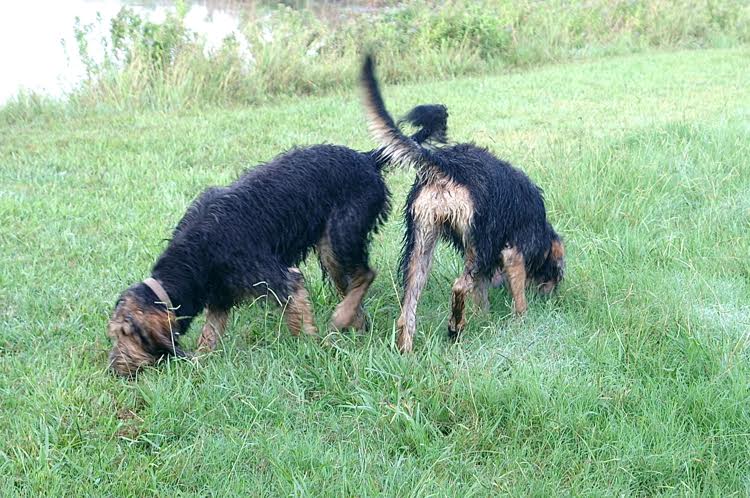 Allen heard the other dogs south of our place and finally caught up with Barclay about an hour and a half after they got out. Clara and Cheyenne were nowhere to be found. About three thirty in the afternoon they finally showed up at the back gate tired but happy.

We had had enough excitement to last a long time so Allen put a cattle panel across the west gate. The dogs on the other hand weren’t through with us.

On Wednesday we were taking the dogs out one at a time for tracking. We have done this numerous times but that day they were still thinking about having gotten out to run. As we were taking Diana out they charged the gate. Two people verses seven Otterhounds is no contest.

Cheyenne pushed out quickly followed by Clara, Barclay, Bonney, Dallas, Dawn and Dora. In their rush to run they took off straight away from the gate. Fortunately for us that put them running straight into the garden.

The garden has a six foot fence around it with a gate. Allen quickly closed the gate and trapped the dogs in the garden. Unfortunately for the dogs the garden also has eight bee hives. The older dogs knew enough to avoid them but the pups ran up to check them out. They quickly learned you don’t look in bee hives.

Everyone was caught and returned to the yard. The bees were brushed out of their fur and the pups were given antihistamines. That seems to have settled the escape attempts at least for the present.