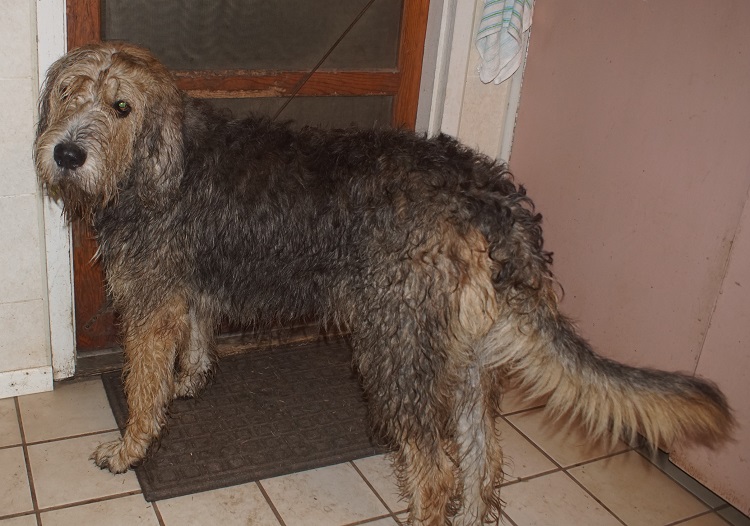 Dawn was born on December 14, 2015. She is black and tan with white on her underside. Dawn the Otterhound weighed around 90 pounds when bred.  She has been shown a couple of times and has worked on tracking at home. Dawn loves to hunt and managed to escape the yard to chase deer a couple of times. Like many Otterhounds, Dawn is very affectionate and loves people. We had her hips x-rayed on May 10, 2018 and received an OFA rating of Good. In addition, she was tested and cleared for Glanzman’s October 16, 2018 and received her CHIC number on October 25, 2018. 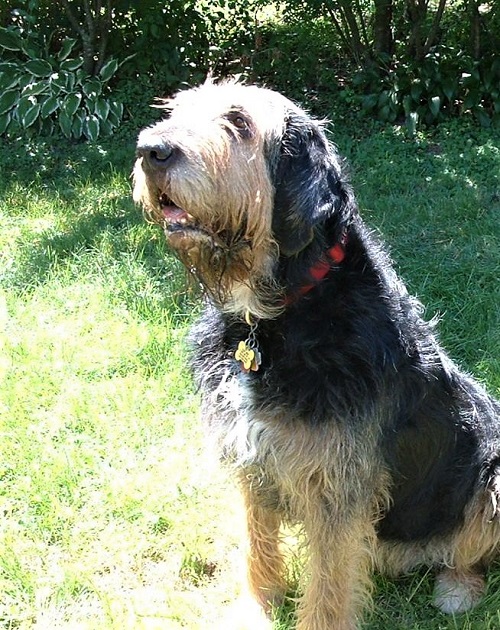 On March 2 , 2020 Hunter’s Dawn Star and Shreenwater Blackjack (Clive) became the proud parents of nine Otterhound pups. There are six black and tan males, two black and tan females and a black, brown and white female. The pups had to be delivered by C section. The Otterhound litter puppies are all over a pound.. Mom and pups are doing well. 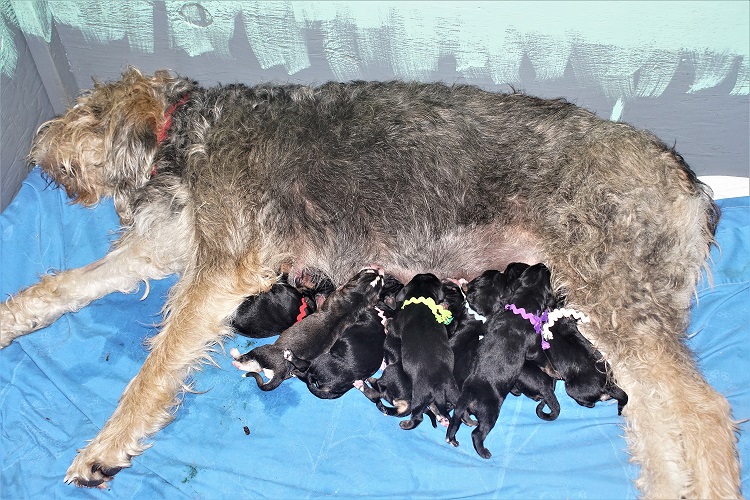 Click any of these images below to see the article. Or see Updates G Litter Otterhound Puppies