Hunter’s Sunny Cheyenne was bred to Adeline’s Silas of Lake Oconee on October 14, 2015. On December 14, 2015 Cheyenne went to the vet where nine puppies were delivered by C section. 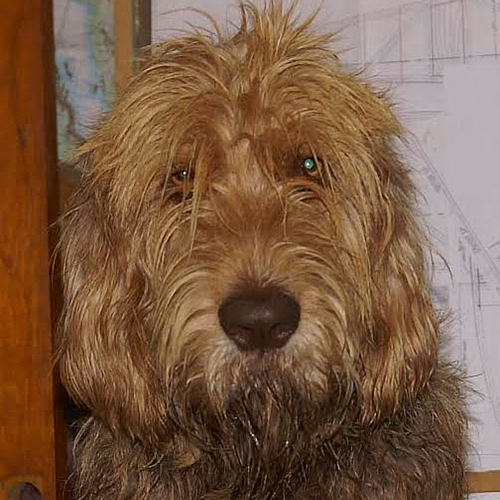 Cheyenne has been shown and earned one major and a few more points. She has beentested for Glanzman’s Thrombasthenia and is clear. She was x rayed in July of 2014. The OFA rated her hips moderate. She has her CHIC number and her AKC DNA number 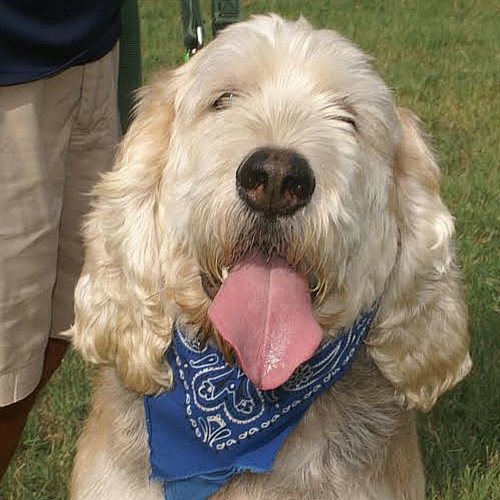 Silas is a very light black and tan who has his coat has been clipped in the summers making it look more tan. He has never been shown but has show qualities. He is very manageable both on and off leash. He has a good disposition – brave but not aggressive. He has a great head and ears, a deep chest, good tail set and carriage. He is Glanzman’s clear by parentage. His hips are OFA Good.

Proudly announce the arrival of the Hunter D Litter Born on December 14, 2015

So the big news is Hunter’s Sunny Cheyenne and Adeline’s Silas of Oconee’s announcement of the Hunter D Litter born December 14, 2015. The final count is five boys and four girls. Mom and pups are doing well. 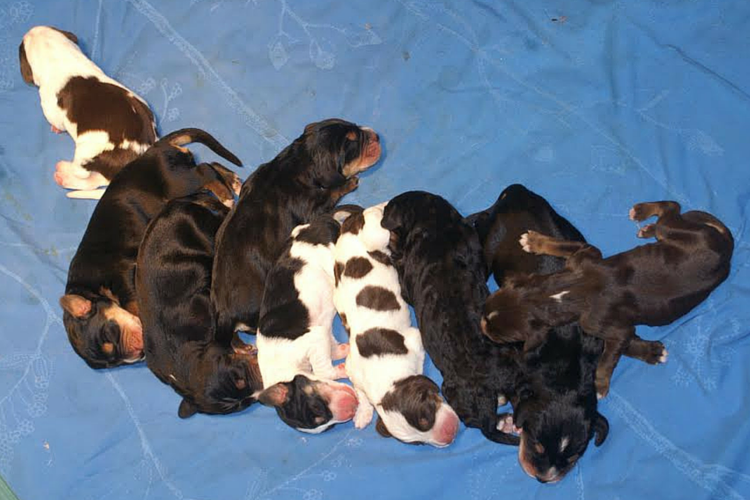 Click any of these images below to see the article. Or see Updates D Litter Otterhound Puppies 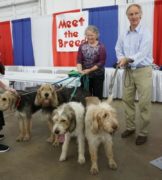 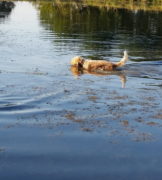 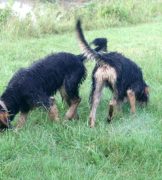 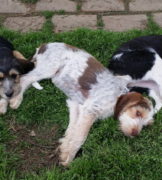 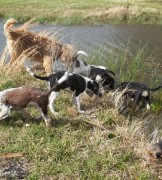 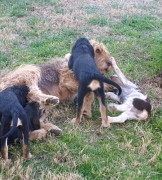 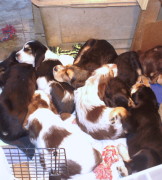 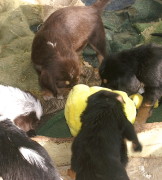 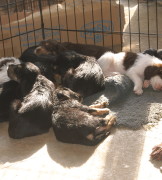 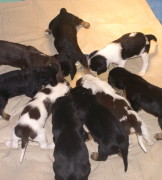 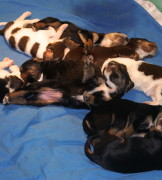 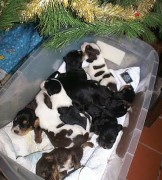 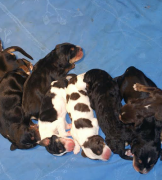