I Litter Otterhound Puppies One Week

The Otterhound pups were a week old on the 27th. They lost some weight the first day. That could be the difference between the vet’s scale and the one at home. Also since Emilee didn’t accept them for the first 24 hours they weren’t able to nurse freely. They have begun to gain weight fairly steadily.

They are very lively and move around the whelping box easily. They do tend to get behind mom and raise a fuss when they can’t find the nipples. Their little ears have developed enough to hang down rather than stick out and their noses work like crazy.

Since there are only two pups it was easier to come up with names for them. As with past litters the I portion of their names comes from Texas towns and cities. There aren’t a lot of towns and cities that start with I so it was not as difficult. 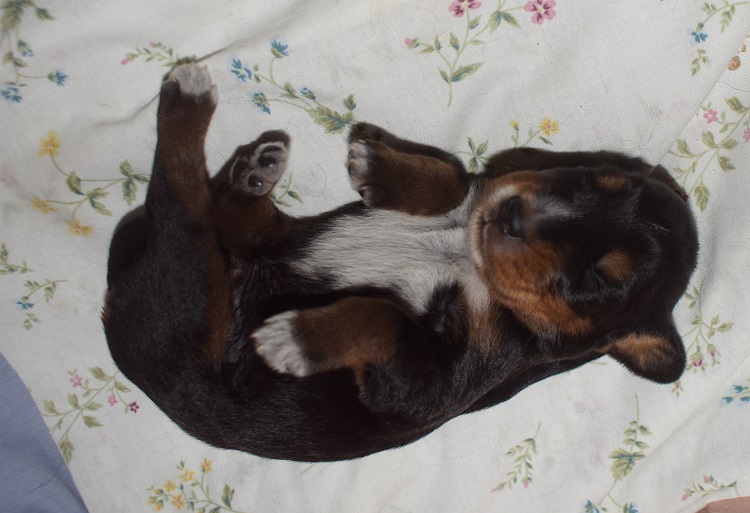 The black and tan female weighed 1.9 pounds on June the 27th. While she is the biggest she is also the more active of the two. She crawls all over the whelping box and doesn’t have a problem with sleeping by her self away from both mom and sister.

In the middle of the night on the 22-23. She started crying. I searched the entire whelping box and couldn’t find her. Finally I found her inside the bedding in the whelping box. This earned her the name Hunter’s Ida Midnight Roamer. 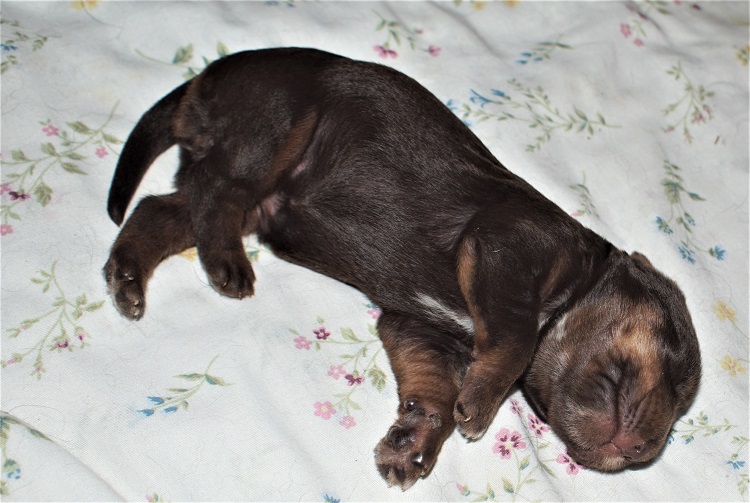 The liver and tan female weighed 1.1 pounds on June the 27th. She is still a good bit smaller than her sister but just as lively. It is surprising she doesn’t weigh more as she spends most of her time nursing. She looked like she got a skin a size too big to begin with but now she fills it nice and tight. She can really cut loose if she gets on the wrong side of mom Emilee. The name Iris just seems to fit her and in honor of her dad she is named Hunter’s Iris Spring Harvest. 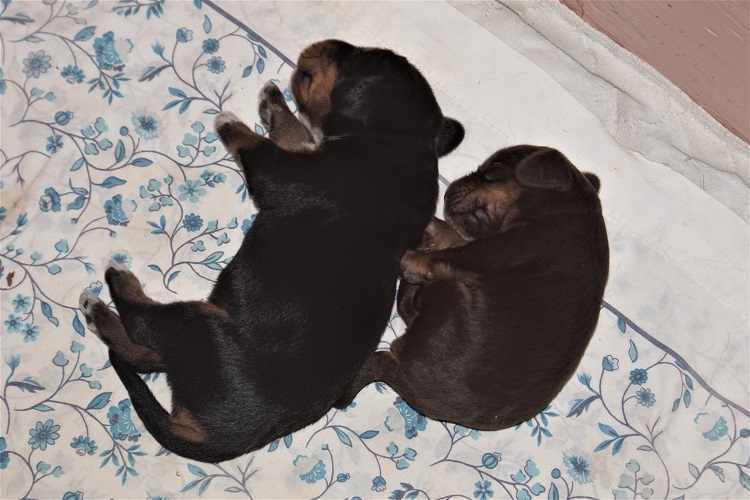