Things have been interesting around here the past few months.

In October – November Bonney, Cheyenne, Dallas, Dora and Dawn came in heat. For five weeks we played musical dogs keeping Barclay away from the girls. Between the house,the main yard, two puppy pens and the pond area it wasn’t hard. However where ever Barclay was he wanted with the girls and the girls wanted where ever they weren’t.

In December the D girls went to the Lone Star State Classic dog show. All the girls showed well and Diana won Winners Bitch. This gave her her first points and her first major. They were not the only Otterhounds entered. Their cousin Ch Ironquest’s C You’re A Fine Girl was also entered. She won Best of Breed over Diana.

The D girls participated in Meet the Breed and had a great time. They really like meeting people and love the attention. 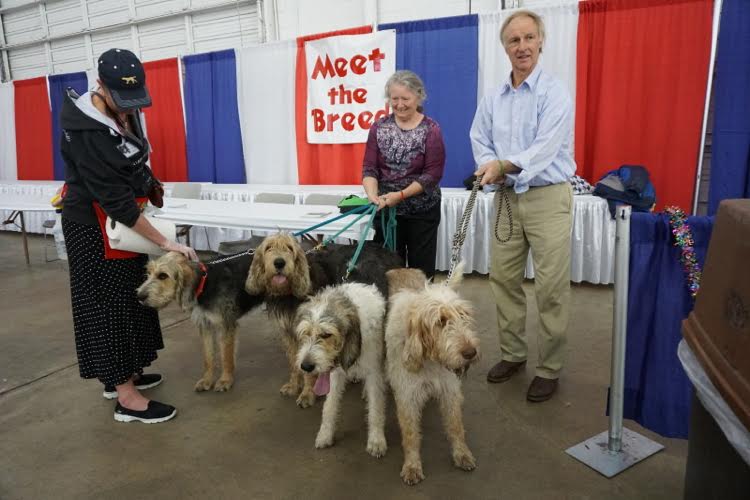 We had planned to breed Clara on her next heat and she came in heat in January. When it was time for her to be bred the veterinarian discovered she had hydrometra – fluid pockets on the uterus. It was decided that breeding was not a option and that it would be best for Clara’s health to spay her. The hardest thing for her was that she couldn’t go to the pond for two weeks.

The weather has been up and down with mostly warmer weather. We had a good rain in January that brought the pond up about eight inches. The dogs had been racing around the pond and wading across a narrow section (about ten feet). The rain made it deep enough that they now have to swim across. After the first couple of times it seems to have become a challenge to see who can cross the fastest. Some just run until they have to swim while other leap as far as possible then swim. They love getting in the water.

The squirrels have been keeping all the dogs busy even Abilene. The squirrels come down the trees to get the bird seed and the dogs chase them around the trunks. Cheyenne just stood still and one squirrel came down within three feet of her rump. They just stayed that way for several minutes. Then Dawn came charging up and chased it up the tree. 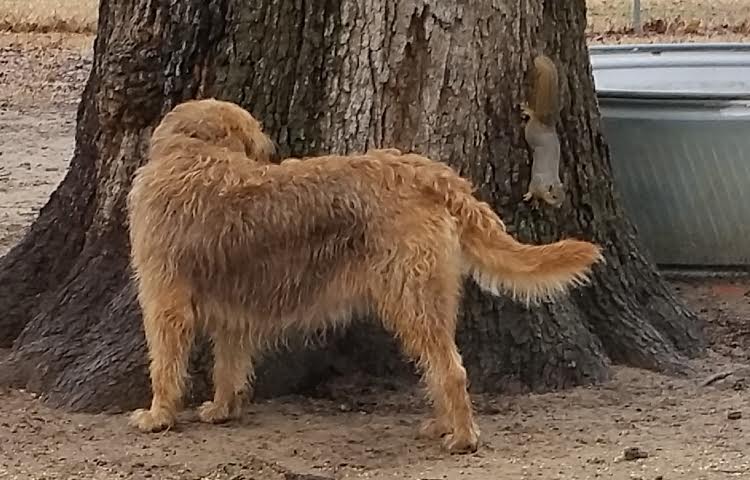