Sunday July 6, 2014 we were at the Greater Collin County Kennel Club show in Dallas.

While things didn’t go as hoped for Cheyenne we had a great day. Clara beat Cheyenne in the American Bred class and it looked like she might get her Championship. However Bonney beat Quick in the Open Class and then showed Clara why she is a Champion Otterhound. Bonney was Winners Bitch and took the three points.

Harvey is now a Champion Otterhound

Hunter’s Harvey Corrigan – Harvey was the only male entered. He was not the most poised in the ring but he was good enough to beat Bonney. As Best of Breed he earned the same three points as Bonney giving him the final three points he needed. Harvey is now the second Champion Otterhound in the C litter.

After showing we participated in Meet the Breed. We had the four girls, Barclay and Harvey there so it was a good group of Otterhounds for people to meet. We had several people come by to meet the dogs and inquire about the breed.

We will be taking Cheyenne and Clara to get their OFA x rays on July 18th. We have our fingers crossed that they turn out well. Their brother Hunter’s Laird Chilton – Chili got his results back last month and learned he is the second Otterhound with OFA Excellent hips. 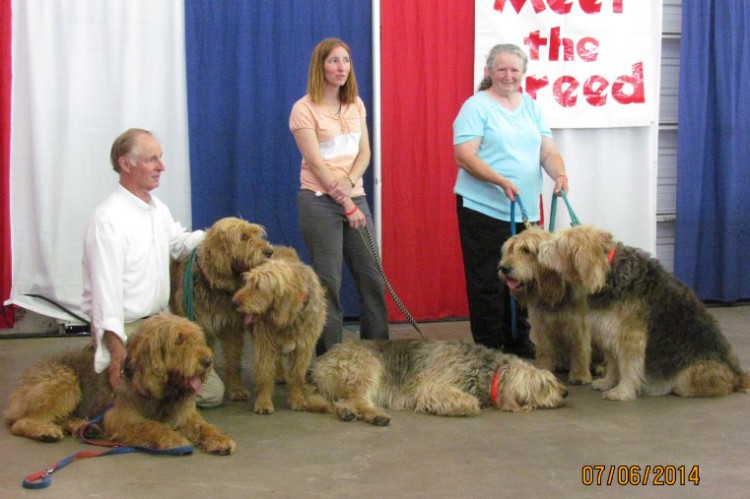