The puppies all have names now based on cities and towns in Texas and jazz terms in honor of their dad.

And on October 12 the Hunter H litter of Jazz Otterhound puppies were two weeks old. A lot has happened in the past week. The pups have gone from squirming around on their tummies to getting up on their wobbly legs and staggering around the whelping box.

They have all more than doubled their birth weigh. In fact they have grown so much they had to have new collars. Over the last three days they all have opened their eyes but are still not seeing clearly.

The Jazz Otterhound puppies can still be very vocal but sleep quietly a lot of the time which makes it easier on everyone. On the 12th Diana went in for a check up and the puppies went along. They got to meet a lot of people and took it in stride. 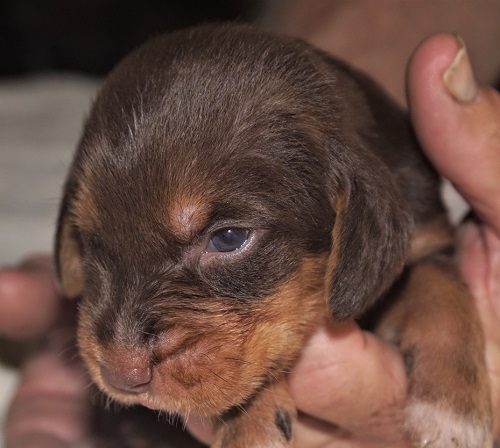 Puppy one the liver female is now Hunter’s Helena Swings. She was the first to open her eyes. She can be very vocal when she is hungry but really enjoys sleeping. She has a white tip to her tail that is really noticeable when she is nursing. She is now 1.8 pounds. 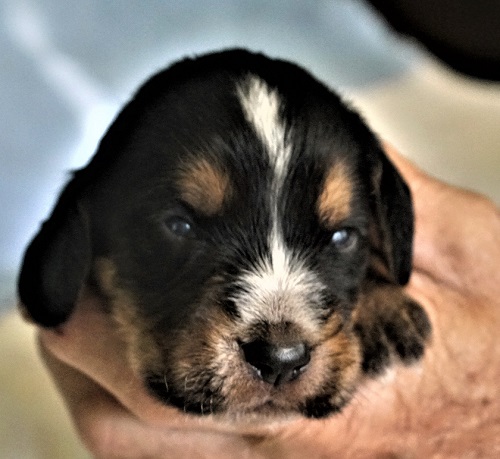 Puppy two a black and tan male is now Hunter’s Hiram Sings The Blues. He has been getting up on his feet for a few days but is still very wobbly. He managed to stick his head in the bowl his mom was cleaning up. He is now 2.1 pounds. 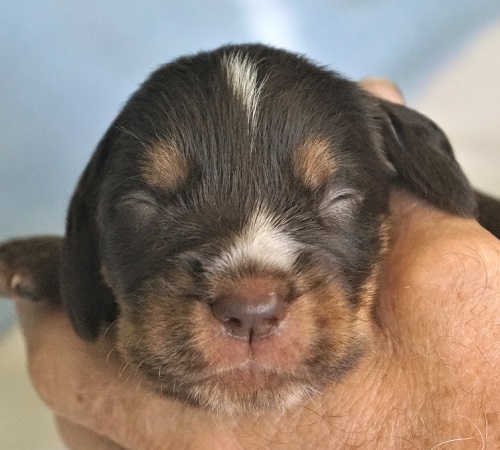 Puppy three the little liver male is now Hunter’s Happy Rhythm. He has made great strides even though he is still the smallest. He is just beginning to get on his feet but manages to get around the whelping box. He was the last to open his eyes. He is now 1.6 pounds. 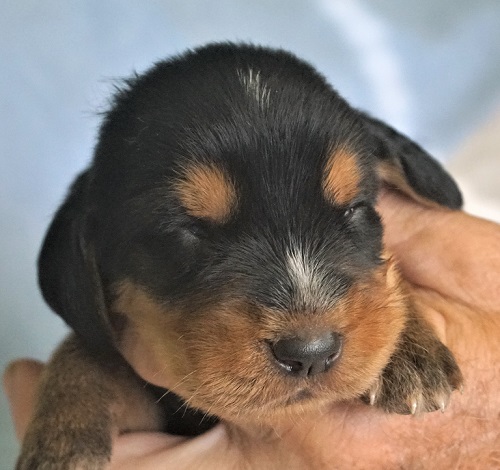 Puppy four a black and tan male is Hunter’s Hondo Montuno. He is up and running on his feet but not always where he wants to go since he is still wobbly. He now wears a green collar. He is the largest male as he is now 2.2 pounds. 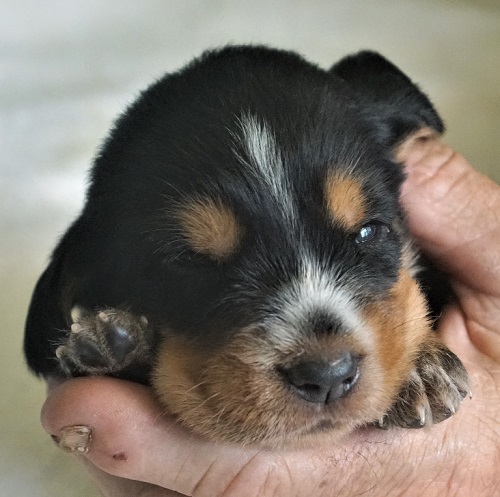 Puppy five a black and tan female is now Hunter’s Henrietta Ragtime Gal. She is still wearing a pink collar. She seems to prefer sleeping apart from the others so she can sleep in peace. She now weighs 2.0 pounds. 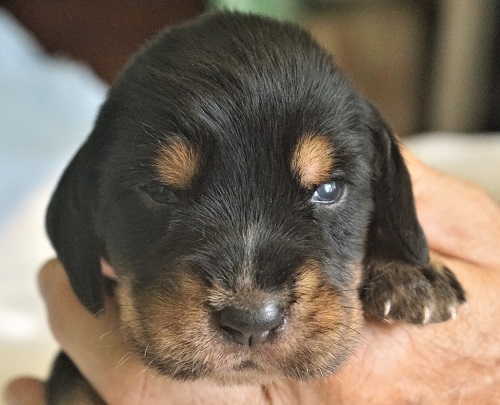 Puppy six a black and tan female is Hunter’s Harriett Tritone. She still wears a yellow collar. She decided to check out momma’s breakfast but preferred momma’s milk. She now weighs 2.2 pounds. 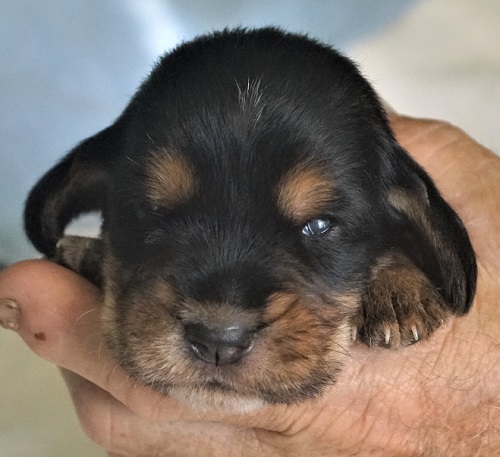 Puppy seven the darkest of the females is Hunter’s Harmony in Jazz. In spite of her name she can be very un-harmonious. She either cries or curls into a ball when held. She still has a purple collar. She now weighs 1.7 pounds. 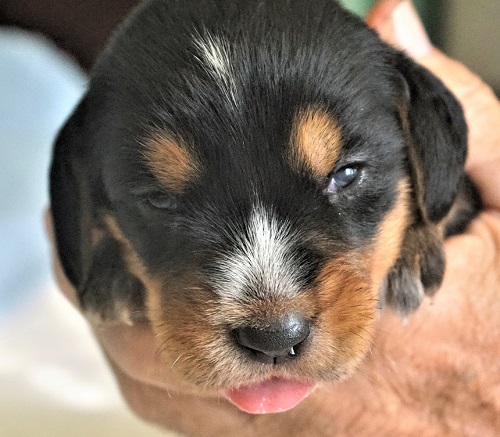 Puppy eight a black and tan female is Hunter’s Holly Lydian. Holly’s light green collar was replaced with an orange one. When in the receiving box to be weighed she tried to climb out to get to momma and almost made it. She is now 2.1 pounds.