I haven’t up dated the site since May 16 because my computer crashed.

A lot has happened since then to our Otterhound litter. The puppies have all gone off to their new homes. Some of the puppies had a chance to go to the pond and like good otterhounds they took to the water like ducks. They got to run around more with the big dogs and were learning not to bother the older dogs.

Read more below, or click the slider to see larger images 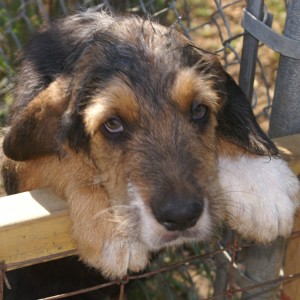 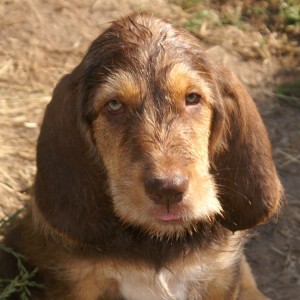 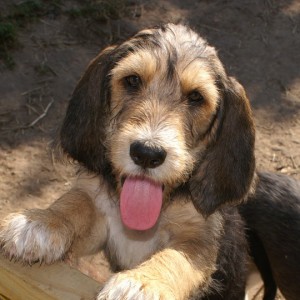 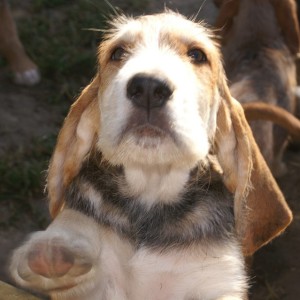 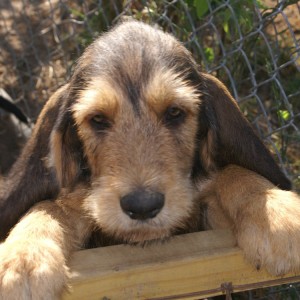 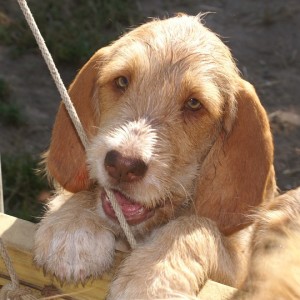 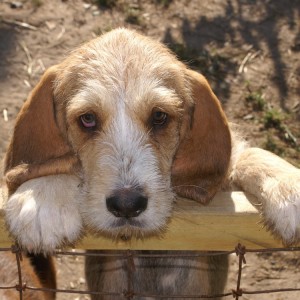 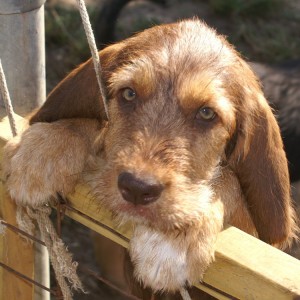 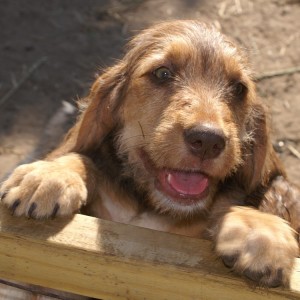 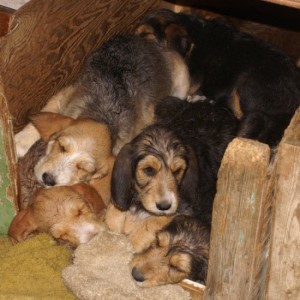 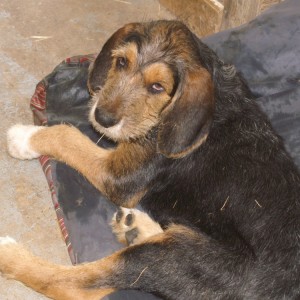 Comet was the second pup to leave. He met  his new family on May 26.  He has adapted well to his new home.  Here he is resting on a bed he pulled out of the box it was in. 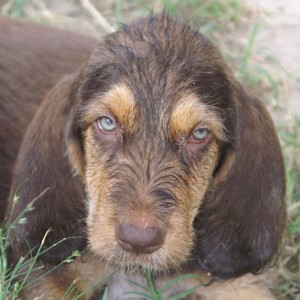 Corrigan was the third to leave. He met his new family on May 27.  He seems very happy in his new home unlike in this picture.  Here he was hanging on the gate wanting out. At last report he weighted 27 pounds. 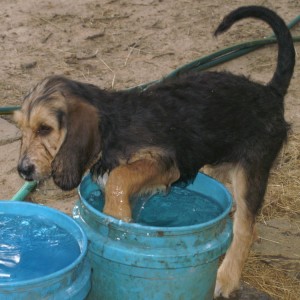 Celina met her new family on June 9th. She is now 25.2 pounds.  Here she is standing in one water bucket and drinking out of the other one.  She really likes the water. She is doing well with her new family.

Chilton was the first to go as he was chosen by Moseley’s owner. He did well on the trip home and has begun his training.  He has convinced his dad and aunt that he really isn’t the worst thing that happened to them. Here is is lounging in the sun prior to leaving.

Clint met his new family on June 2. He did well on the trip home and has begun to adapt to his new surroundings. He was 29.6 pounds at last weigh in. One or more of his siblings got a hold on his tail on May 23 and put a kink in it. Here he is resting his head in a lawn chair.

Celeste met her new family on June 2 as well. She has been running with her new furry family and meeting a lot of children. She weighted 25.8 pounds. She really loves the water and had to be carried back because she wouldn’t leave. Here she is rolling after her swim. 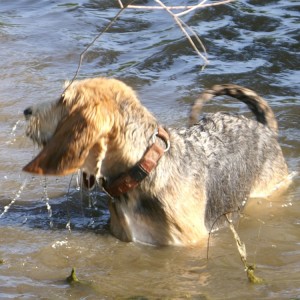 His call name is Josef

Chance went to his new family on June 9th. He is the biggest in the litter weighing in at 34 pounds. He loves the water and doesn’t mind in the least if he goes under. Here he is coming out after swimming in three feet of water. 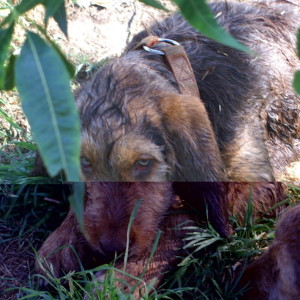 Cheyenne is staying with us. Here she is enjoying her first pear. She knows the big dogs eat them but isn’t sure why since it is still very green. She weighted 26.4 pounds last time she was weighted. She doesn’t want to leave here. 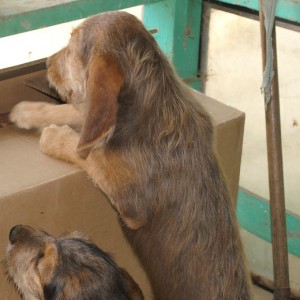 Clara is still more demon than dame and for that reason she is staying here. Gates don’t even slow her down and she is into everything. She is still the smallest at 20 pounds but that doesn’t bother her. Here she is trying to climb into the box of boxes because there are empty cookie boxes inside.