The pups are five weeks old and growing fast.

They are spending more time out side and are playing with a variety of toys.  They have begun exploring their world and will follow us when we call them.  They don’t have to be called twice when it comes to meals. 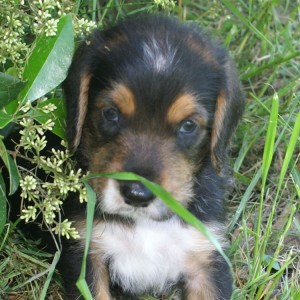 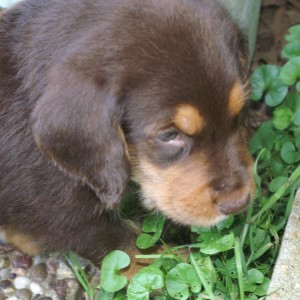 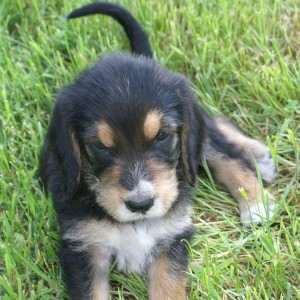 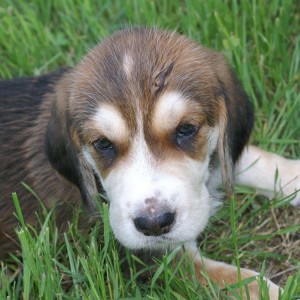 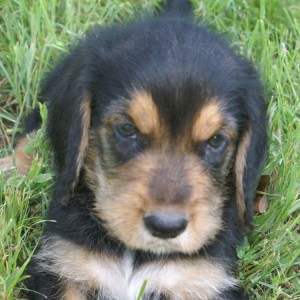 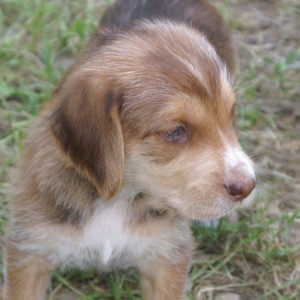 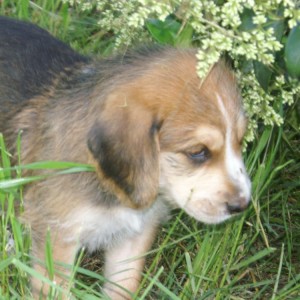 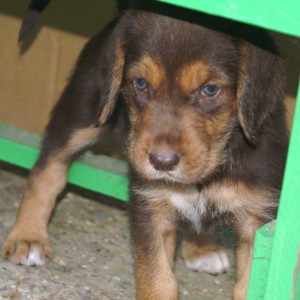 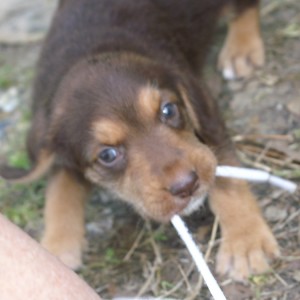 Pup one has gained on his littlest sister so is no longer the smallest. He weighs six pounds now. He is very active and will tackle his larger siblings. He was eager to explore when we took him out of their exercise pen.

Pup two has lost his place as the largest but not by much. He weighs eight pounds now. He still hogs the food dish and spreads his paws out across the middle so the others can’t get at the food. He is not as eager to explore.

Pup three now weighs 6.6 pounds. She is very outgoing and eagerly follows us when we take her out of the exercise pen. She is hard to catch still enough for a picture.

Pup four now weighs 7.5 pounds. He likes attention and readily explores when we take him out for a walk. He managed to get out of the whelping box during the night and was wandering around the house.

Pup five now weighs 7.6 pounds. He likes getting out of the exercise pen and following us around. He is a sweet fellow and likes cuddling. He also likes to wrestle with his siblings.

Celeste is an attention hound and is always the first to spot you looking at them. She eagerly explores when out of the exercise pen but wants attention.

Pup seven is the heaviest at the moment. He weighs 8.1 pounds. He likes attention and didn’t hesitate to explore the bushes. He followed us a good way when we walked him away from the exercise pen.

Pup eight is still the largest female at 6.8 pounds. She is always ready to wrestle with her siblings and readily explored when taken out of the exercise pen.

Clara is now the smallest at 5.6 pounds though she looks heavier than pup one. She will follow us if we move slowly and keep calling her but she would rather explore. She took great pleasure in pulling on my shoe laces.