The pups are four weeks old now and you can’t have babies in Texas with out pictures in bluebonnets.

They go outside regularly and have their meals outside weather permitting. They are running and playing with their sock toys.

Mom has decided it is time to wean them so they are getting three meals a day.  They haven’t given up on mom and stand to nurse when ever she comes near. 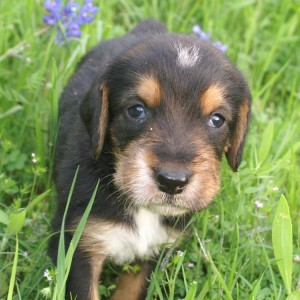 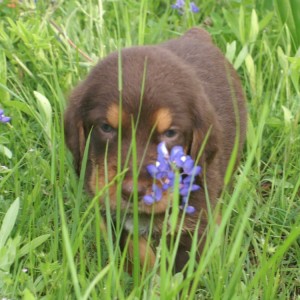 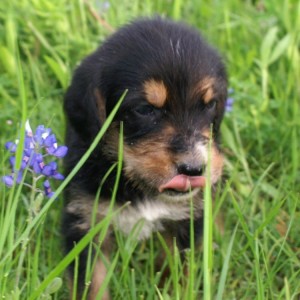 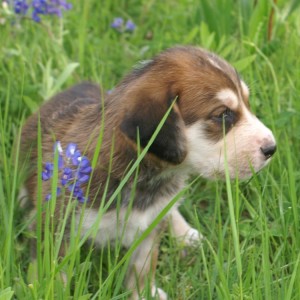 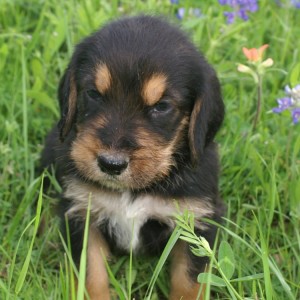 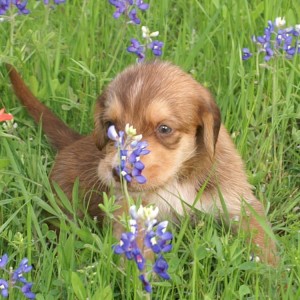 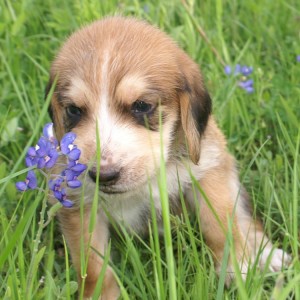 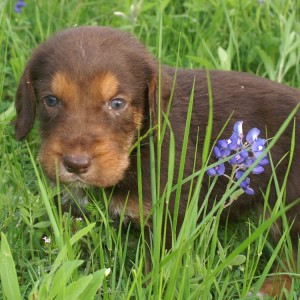 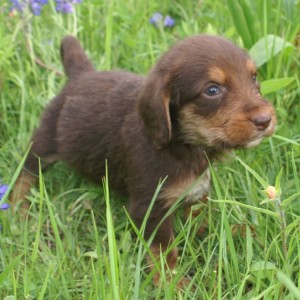 Pup one is still the smallest but that doesn’t bother him in the least. He now weights 3.7 pounds. He is alert and playful. He slipped out of the kitchen and found mom for a private breakfast. 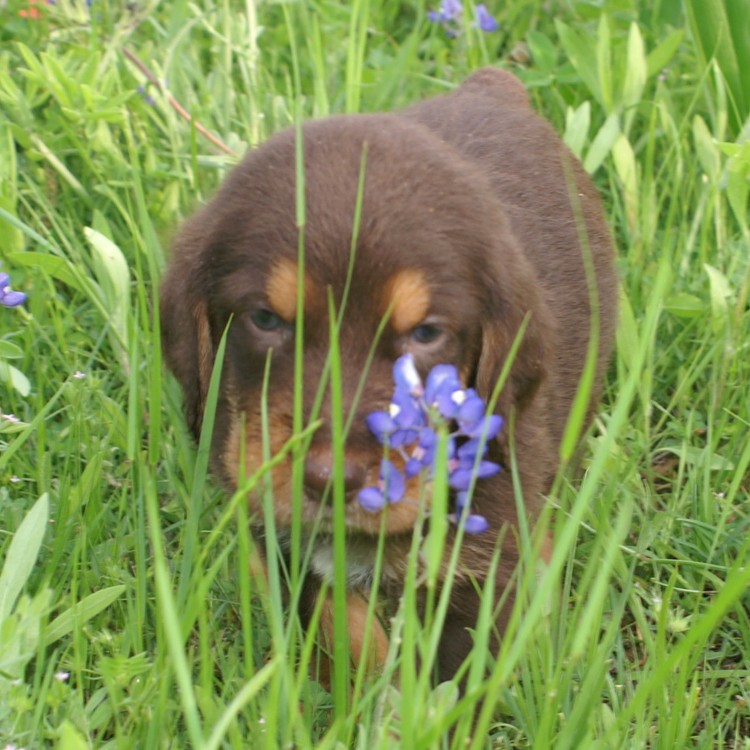 Pup two is still the largest at 4.9 pounds. He uses his size to get plenty of food. He runs in little dashes probably the distance he can see. He seems to enjoy bounding around. 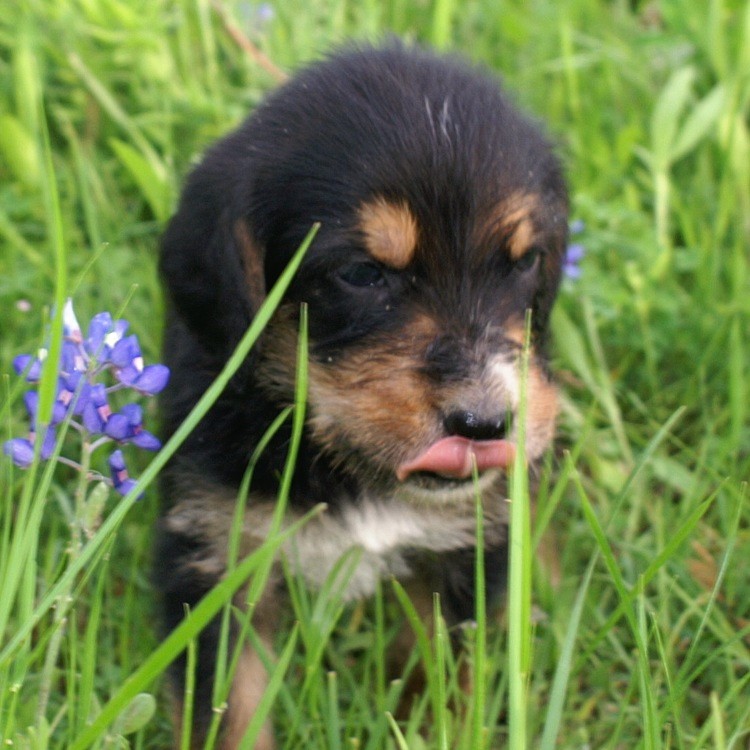 Pup three while smaller at 4.1 pounds is not shy about eating. In fact she sampled the bluebonnets and appears to have enjoyed the taste. She is playful and likes to cuddle. 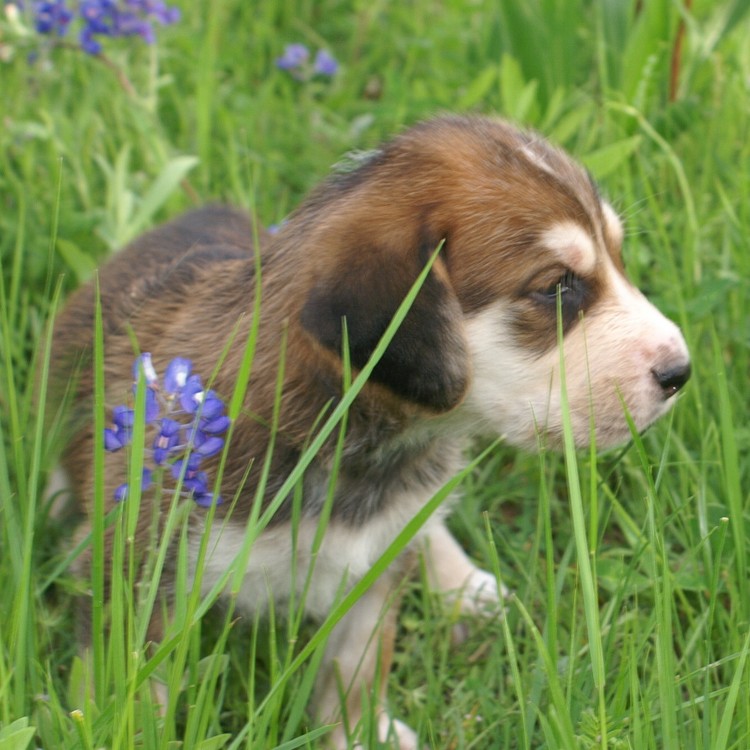 Pup four now weights 4.7 pounds. He is outgoing in more ways then one. He was the first to scramble out of the whelping box. He did have some help from mom as he was trying to nurse at the time. 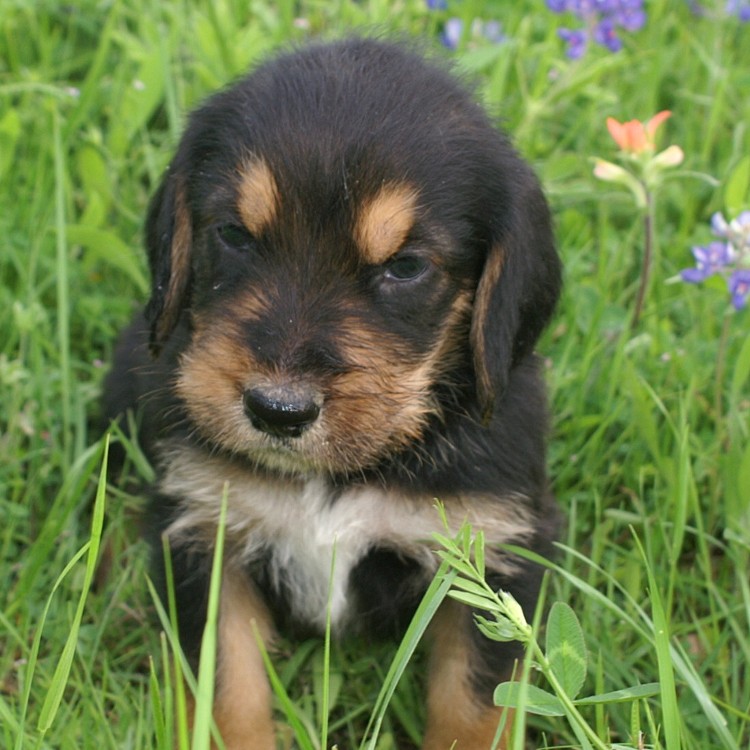 Pup five now weights 4.5 pounds. He is active and playful but also likes to cuddle. He is likes his food but is not pushy when it comes to eating. He also has managed to get out of the whelping box. 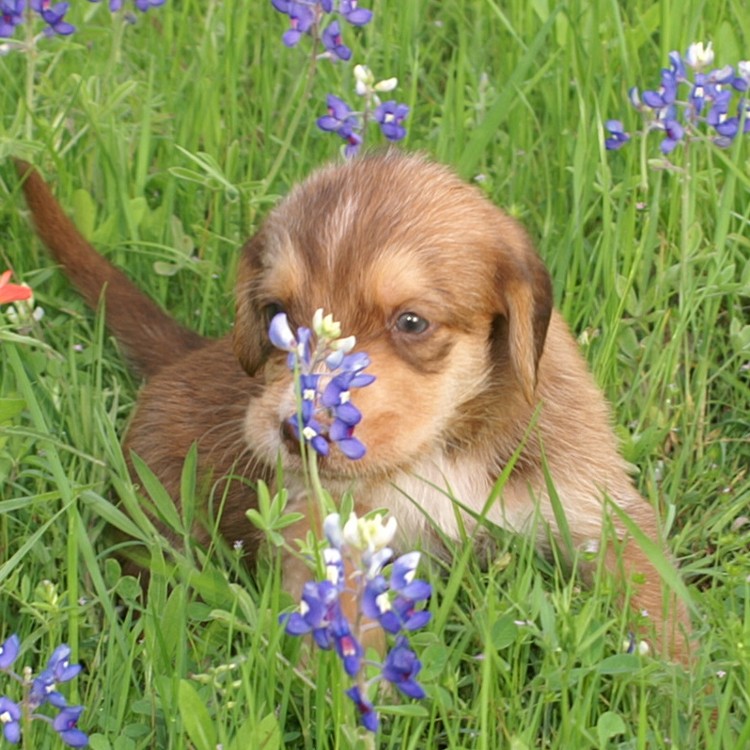 Pup six now has a name. She is Hunter’s Merry Celeste. She is a happy girl and very outgoing. She shows all the signs of being a handful. She now weights 4.1 pounds. 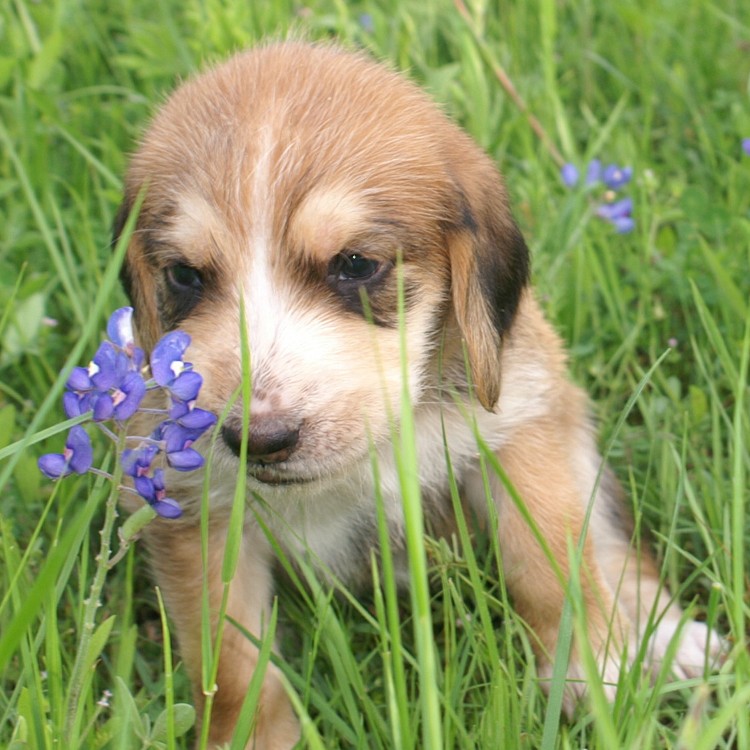 Pup seven is the second largest at 4.8 pounds. He is inquisitive and sampled the bluebonnets but didn’t find them to his liking. He likes fighting with his siblings. 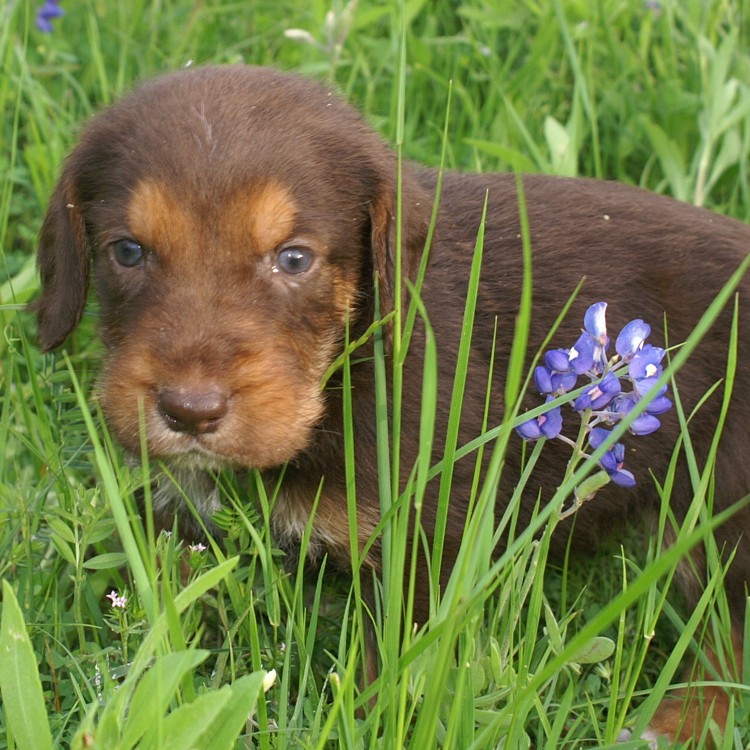 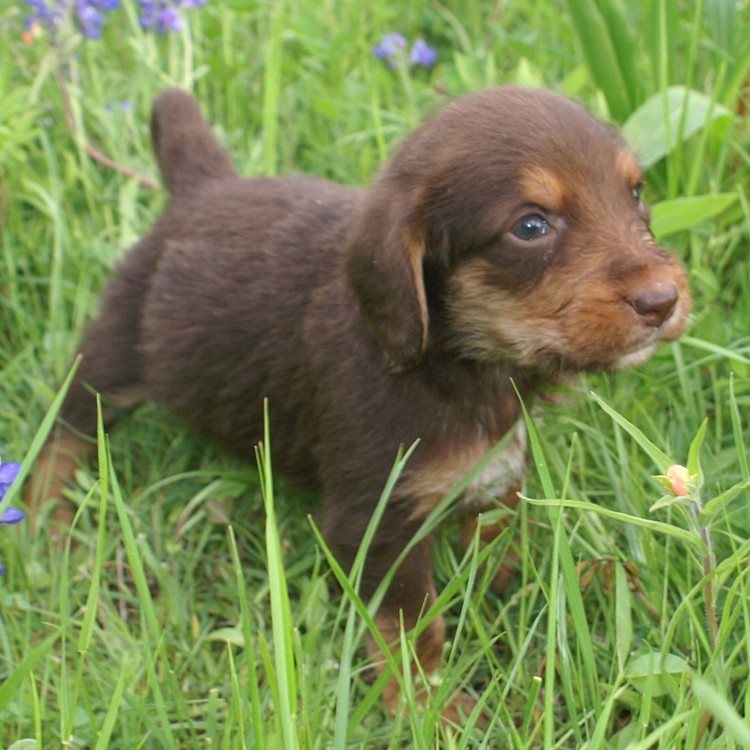