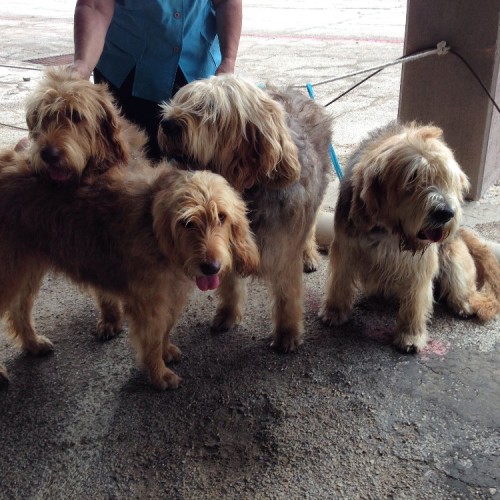 Hunter Otterhounds
A group of Hunter Otterhounds went to the Lone Star Classic Dog Show the fifth and sixth of December. While the Hunter hounds made up the majority there was another entry – Ch Magicwood Kalevala Gettysburg Memory aka. Getty.

This was not the first time we had the pleasure of showing with Getty. She and her family came down in October for the Tyler Kennel Club show where Getty got her Championship.

On Friday Clara won American Bred and Quick won Open. Then Clara won Winners Bitch. That made the Best of Breed entry Barclay, Getty and Clara. Getty won Best of Breed and Barclay Best of Opposite Sex.

Even though Clara didn’t get Best of Breed for Otterhounds she still got the final three points she needed. Now she is Champion Hunter’s Dame Clara.

We enjoyed having Getty and her family showing with us and hope to again. 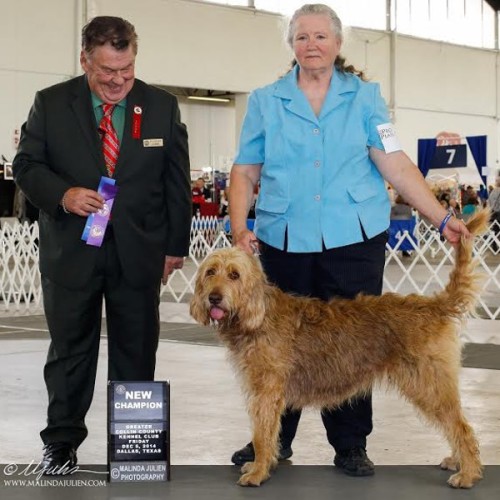 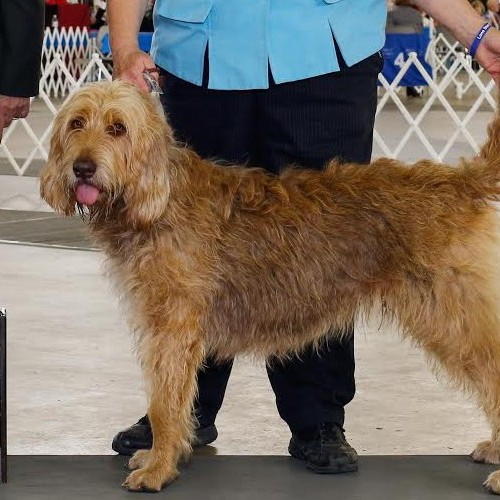 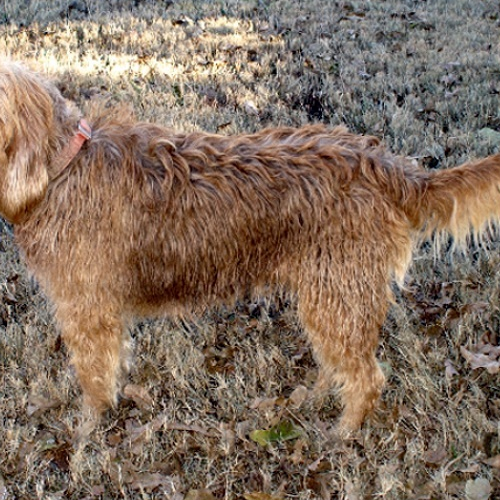