On June 5 the Hunter Otterhounds Puppies F litter celebrated their sixth week with a bang. They have been spending more time outside or in a puppy playpen on the back porch. They love to get out and run loose either outside or in the house.

The adults are mostly tolerant of them. They are beginning to learn to go out to potty but it is slow going. They were exposed to a wading pool and got wetter trying to get out than if they had stood still. They preferred to treat it as a large water bowl.

On June fifth when the pups reached six weeks they went to the vet for their first shots. They also were wormed and started on heartworm medication.

The pups have progressed from softened puppy chow to the dry crunchy kibble. They really enjoy crunching it between their very sharp puppy teeth. They only nurse when they can catch Dora and she is faster. Since they have switched to dry kibble they are learning about the treat ball. As they chase it across the floor kibble falls out. 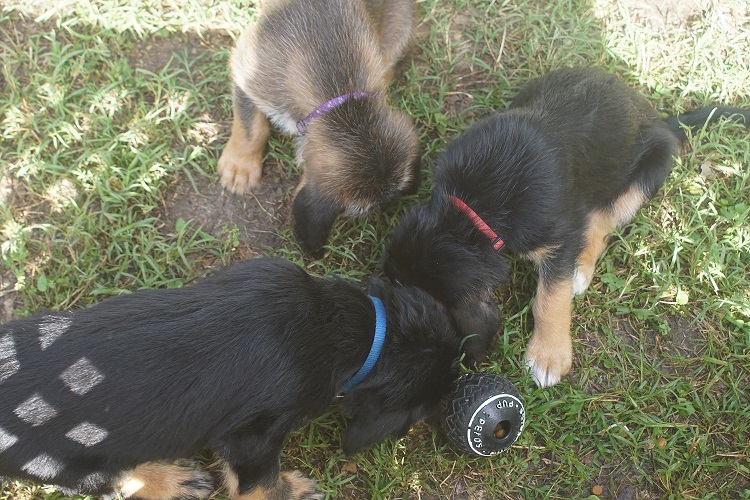 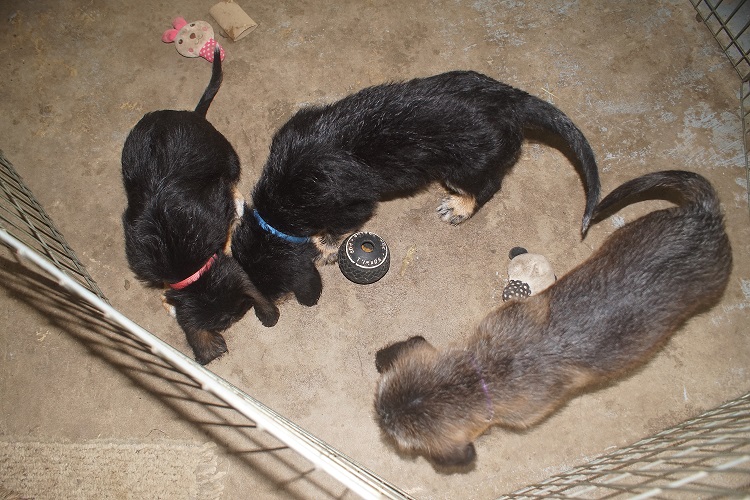 Hunter’s Frisco Traveler was 14.6 pounds on the fifth. He is now wearing a blue collar.

He doesn’t like to be held very often but when in a cuddly mood he will cover you in puppy kisses. He seems to be learning about going out to potty better than the others. When you put him out he does his business and wants back in. 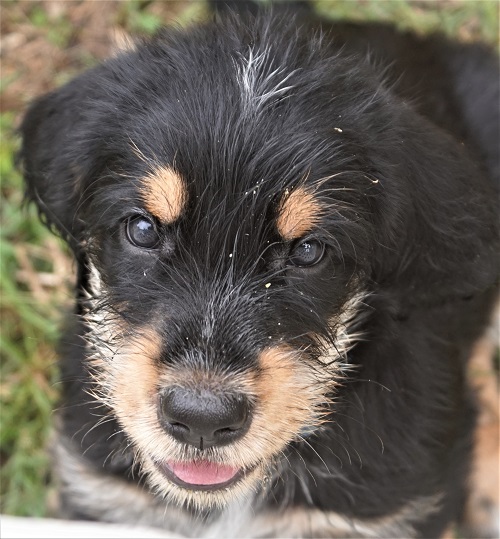 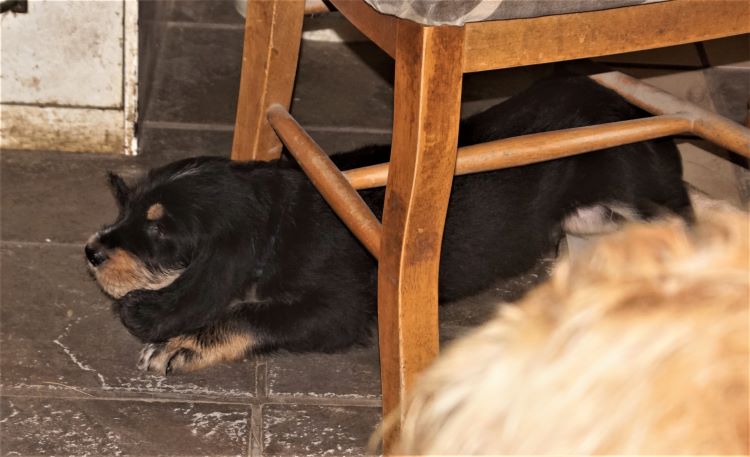 Hunter’s Forest Wanderer was 14.0 pounds on the fifth. He is now wearing a purple collar. He is usually more laid back but takes it in turn with Frisco to fight with Fate. He enjoys cuddling most of the time. He seems to have the idea about pottying but still wets the bed. 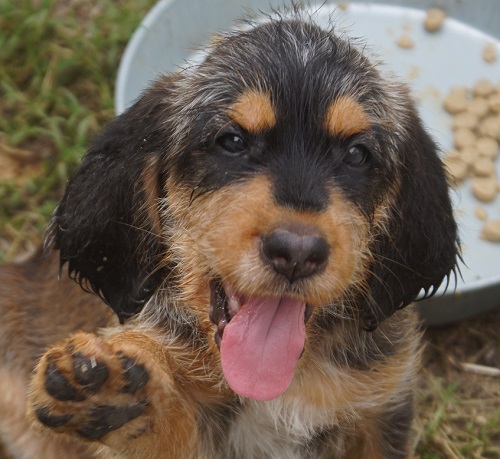 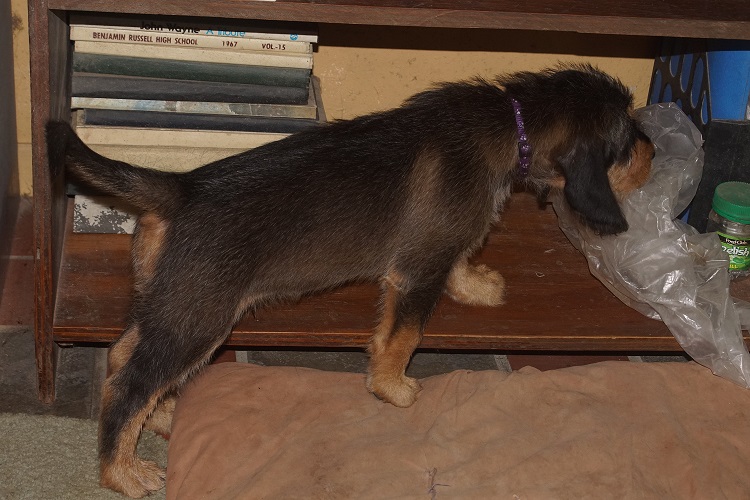 Hunter’s Fate of Magicwood was 11.8 pounds on the fifth. She is now wearing a red collar. She is still the most outgoing of the three and if there is any trouble she is usually in it. She can be a sweet thing one minute and a little demon the next. She cries to go out and usually goes potty if you put her out but she still cries to get attention. 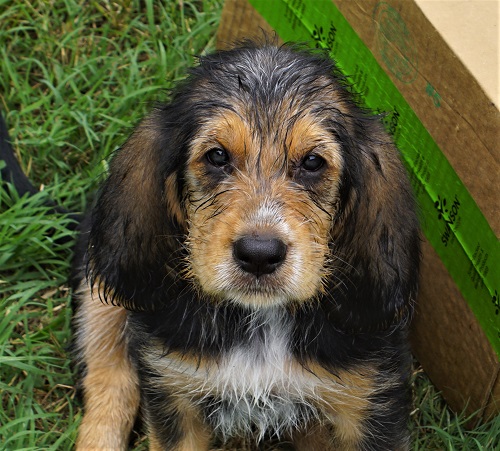 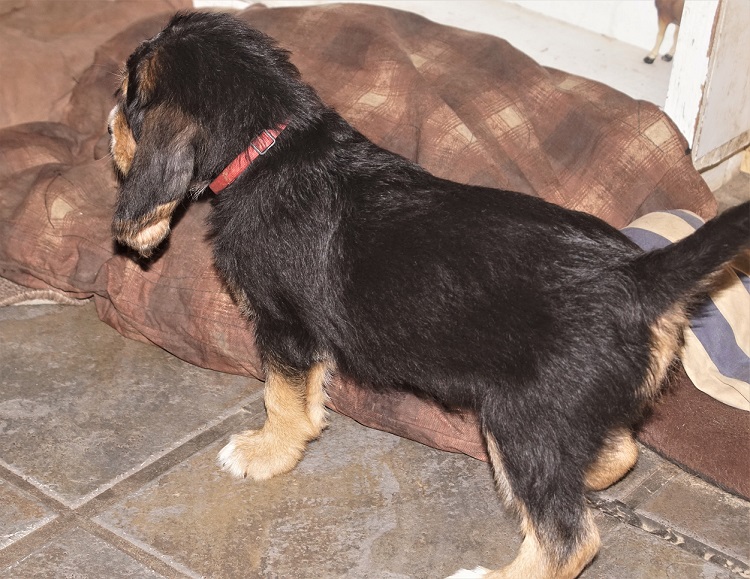