On May 29 the Hunter Otterhound Litter F turned five weeks old. They have discovered “toys” and love playing with whatever catches their eye. They like playing with shoelaces and chewing on your shoes and socks while you have them on. They want attention and will chew on you like they do each other.

They are spending more time outside especially in the mornings and evenings when it is cooler. They get too hot outside in the middle of the day to spend time in the kitchen. And because the Hunter Otterhound Litter F just keep growing, we had to add the fourth board to the whelping box entry so they don’t get out, but now we have to remove one for Dora to get in.

The pups have gone from one feeding and mostly nursing to four feedings a day with limited nursing at night. The mush has gradually become softened puppy chow which quickly disappears once the bowl is put down. Hunter Otterhound Litter are eating so much that they had to have a bigger bowl. 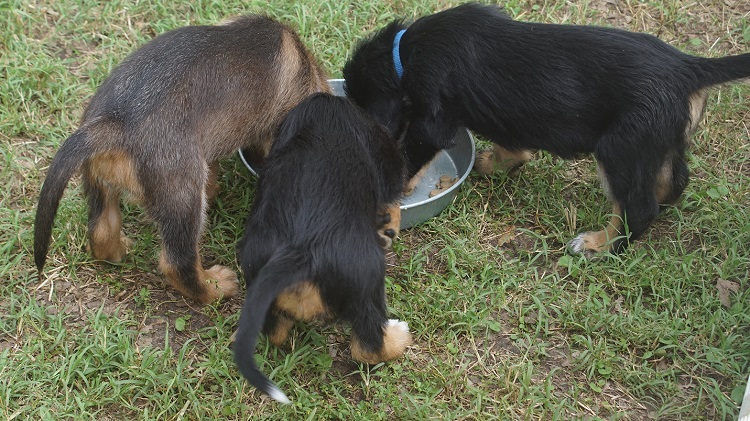 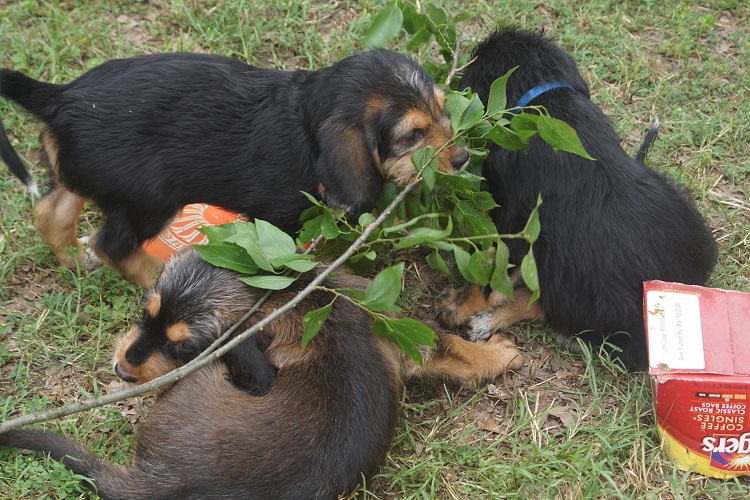 Hunter’s Frisco Traveler was 10.9 pounds on the 29. He and Fate really get into it some times and it sounds like they are killing one another but it is all play. He is the last to leave the food bowl and usually the first to go back and check that it is empty. The white on his forehead, nose and tail tip are almost gone. 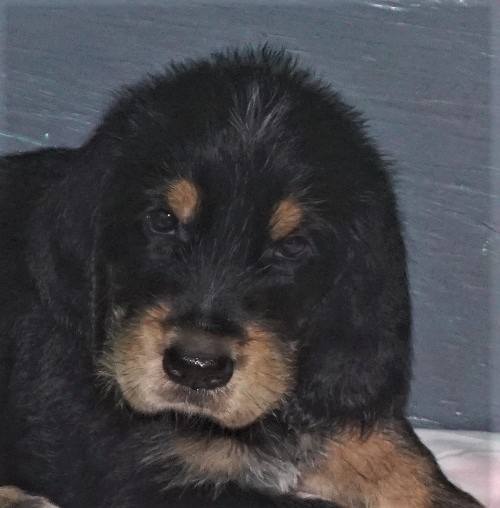 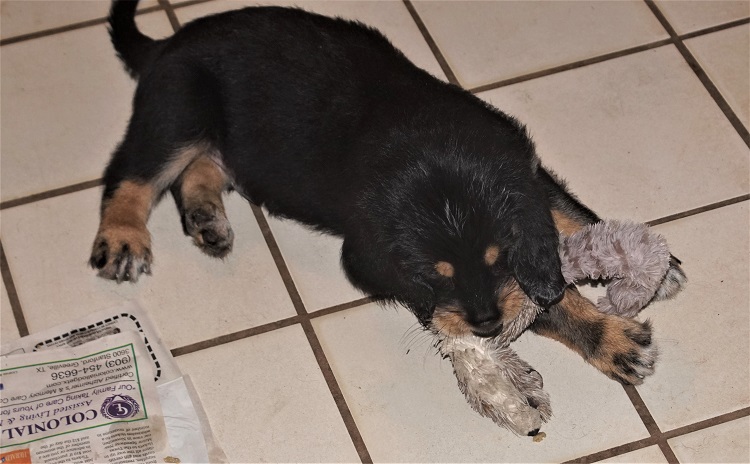 Hunter’s Forest Wanderer was 10.8 pounds on the 29. He was the first to discover the skinzees raccoon and was having a great time. It became even more fun when it became a tug-o-war with the other two. He still has his black mask but he is becoming grizzled and looks like he is graying with age. 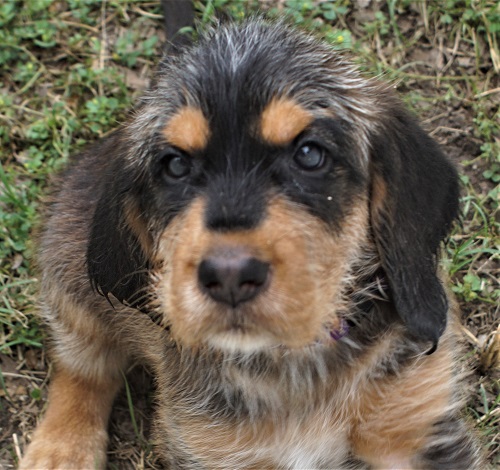 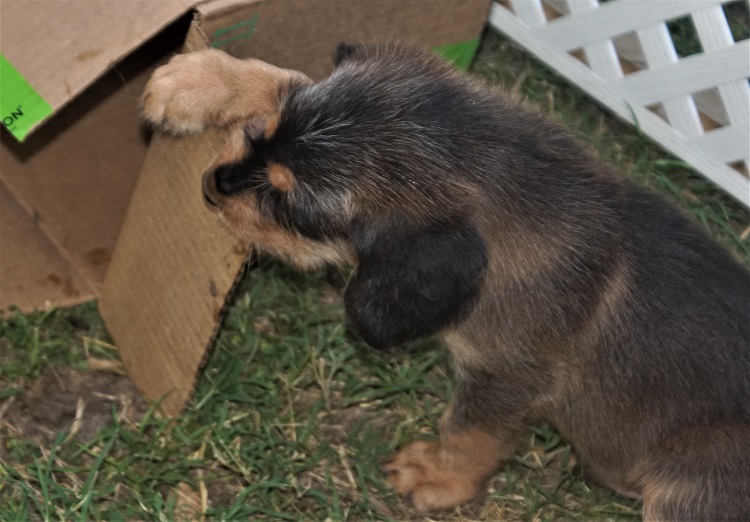 Hunter’s Fate of Magicwood was 9.5 pounds on the 29. She is the main reason there are now four boards across the door. Shortly after the third board was added there was racket during the night and I found her wandering around the house. While her white spots are getting less noticeable the tan is becoming more pronounced. 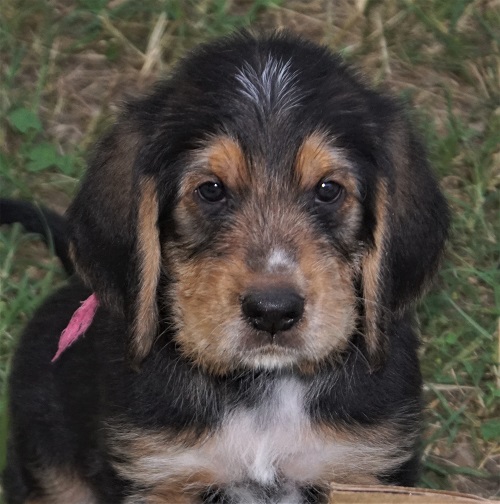 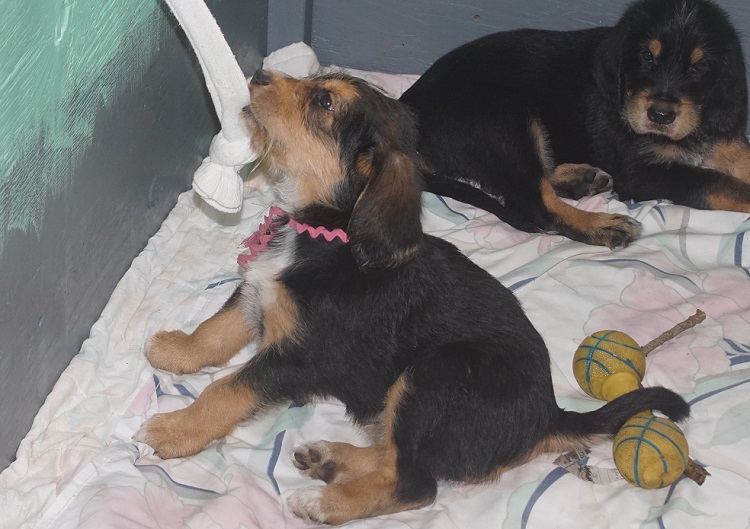