On December 14 the Hunter H litter Otterhounds of Texas were 11 weeks old. They are growing well and spend more time playing (fighting). In fact they are so full of energy they will play until they drop to sleep and recharge.

The puppies are more interesting in fighting and playing until tired, then they enjoy cuddling. They are fast reaching the point where they are too big to cuddle. In fact they have out grown or chewed up their baby collars and received new collars. 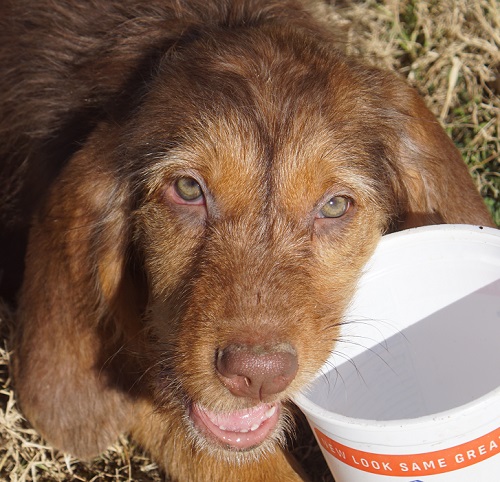 Puppy one Helena wants attention but gets so excited she both kisses and nips at the same time. As long as the others are quiet she will cuddle but she can’t miss out on anything.

She has a great time playing with empty yogurt containers. Her new collar is green. On December 14 Helena weighed 21.2 pounds 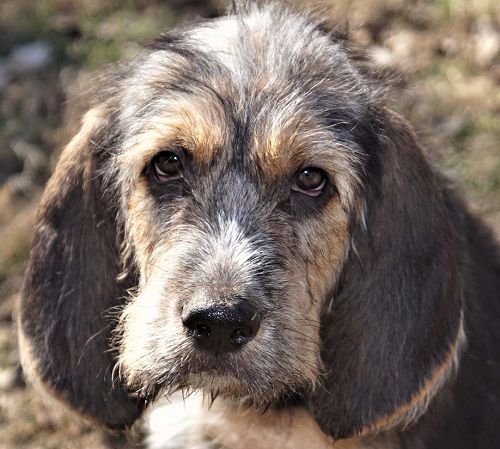 He can be very sweet one minute and a handful the next. Hiram has a black collar and weighed 24.5 pounds on December 14. 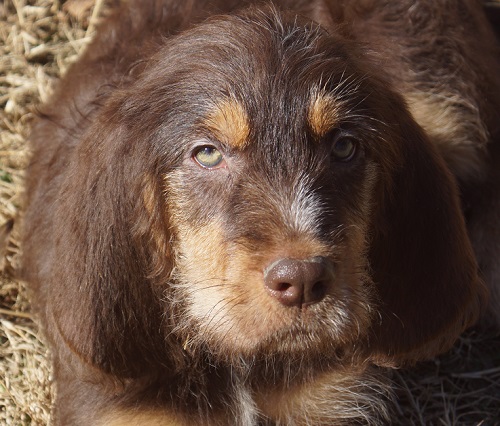 Puppy three Happy is a handful. He likes attention but doesn’t want to be held because that means being still. Though still the smallest in weight he is big on personality.

He loves playing with toys and chewing on things – milk jugs, yogurt cups, boxes and siblings. Happy has a smaller black collar and weighed 17.6 pounds on December 14 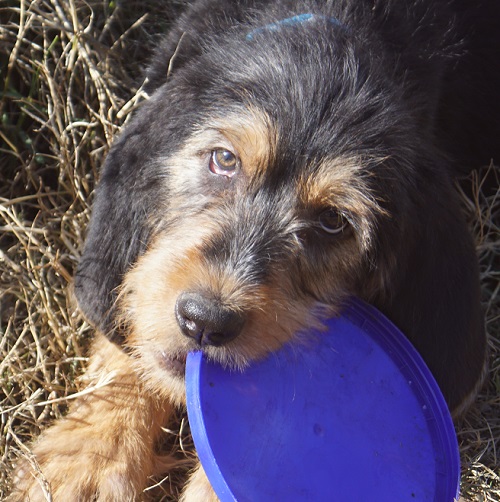 Puppy four Hondo is still a sweet and affectionate fellow. While he has a sad face he is generally happy. He loves attention and likes being dried off after baths.

This Otterhound of Texas likes to take the lid and yogurt cups off from the others so he can chew them in peace. Hondo now has a blue collar with dog prints. On December 14 Hondo weighed 19.9 pounds. 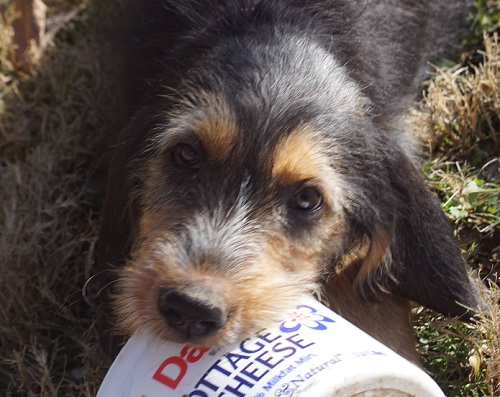 Puppy five Henrietta likes attention and will stand up on you to get it. She is playful and energetic. While she doesn’t like baths she is more accepting of them than some of the others.

She has begun to slim down as her weight is shifting from tummy to muscle. She now has a pink and red collar. On December 14 she weighed 23.4 pounds. 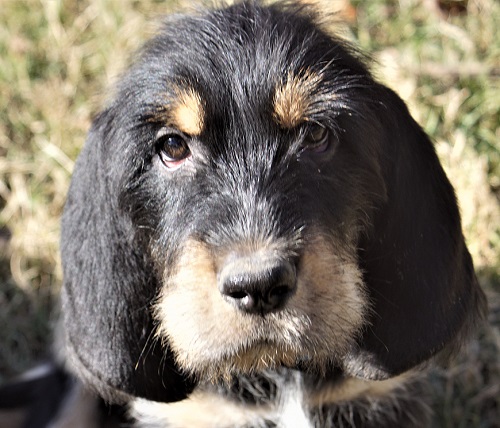 Puppy six Harriett always has a serious look. She is the only one who’s eye spots have remained spots. She can be very affectionate and is more agreeable to being held.

She likes playing with yogurt cups and boxes. She now has a blue and green collar.Harriett weighed 21.8 pounds on December 14. 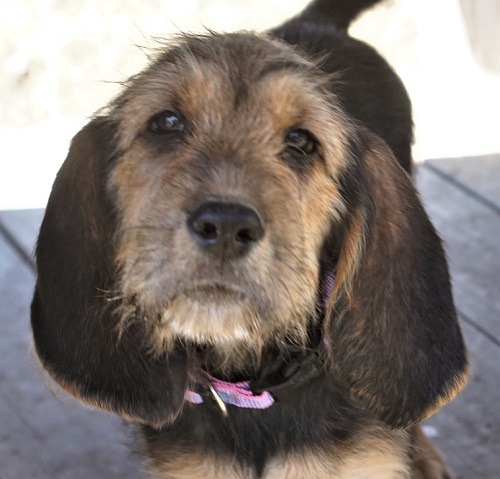 Puppy seven Harmony has a sweet innocent face that hides a little trouble maker. She is into everything and can be quite vocal when she wants something.

This Otterhound of Texas is eager for attention and very friendly when you can get her to be still. Her new collar is pink and purple. On December 14 Harmony weighed 19.3 pounds. 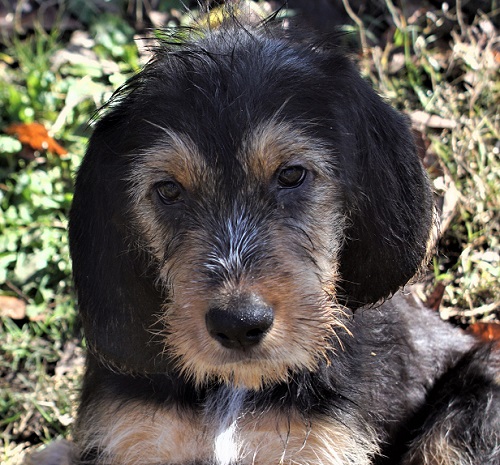 Puppy eight Holly while not the heaviest is the largest female. She is outgoing and friendly. She wants attention and will shove the others out of the way to get it.

Holly can be very sweet but sometimes she gets into fights. Her new collar is orange and yellow. On December 14 Holly weighed 22.8 pounds.