On October 19 the Hunter H became 3 Week Otterhound Puppies. The Otterhound pups are growing fast and passing milestones in puppy development. They have advanced from wobbly walking to running. Not always with the desired results.

The receiving box is barely big enough to hold them and they are all trying to climb out with varying success. Diana no longer can eat in the whelping box without little noses poking into her bowl. When she eats just out side the box the pups have begun climbing over the six inch entry to get to her.

Since the pups have shown an interest in her food we began feeding them “solid” food. Some took to it like true hounds while others were less sure. The second feeding none of them hesitated and they quickly cleaned up the bowl. With the addition of solid food they have started gaining weight more rapidly.

They have begun playing and mouth wrestling. The 3 Week Otterhound Puppies are also getting the idea of the potty box but have a little trouble with the raised edge. While sometimes they get all the way in the box others they only make it half way. There are still more misses than hits. 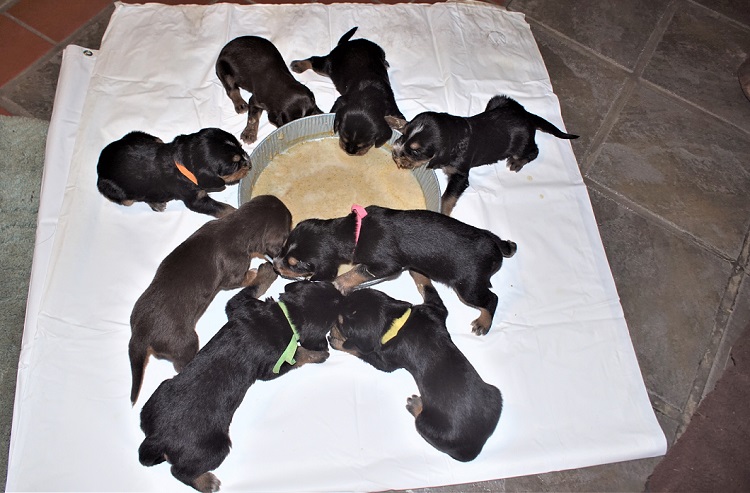 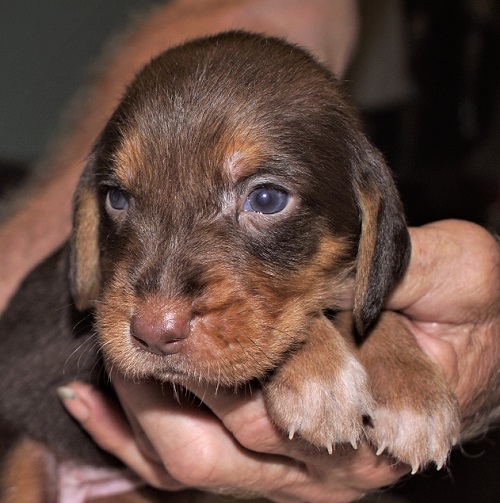 Puppy one Helena is a lively girl. She tried to climb out of the 12” deep receiving box but her tummy got stuck. A couple of days later she managed to get out and went looking for momma. On October 19 she weighed 2.8 pounds. 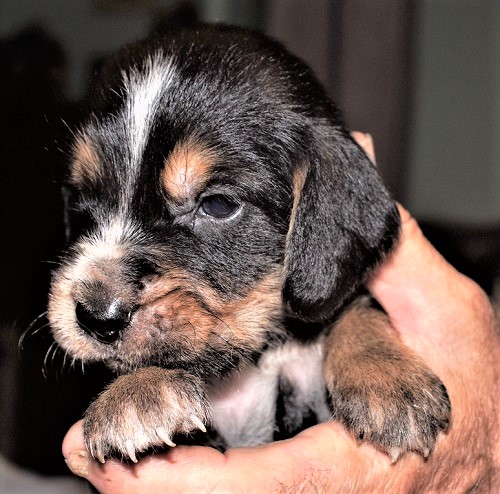 Puppy two Hiram is not as outgoing as most of the others at present. He hasn’t been getting out but he has used the potty box several times. He still has a distinct blaze on his face. On October 19 he weighed 3.0 pounds. 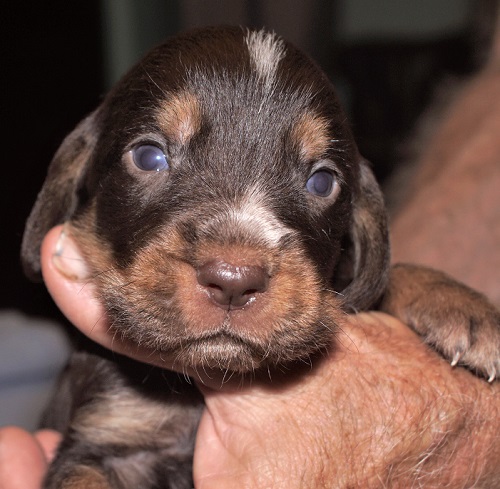 Puppy three Happy is growing fast. He was one of the pups who decided to check out momma’s bowl. When he was presented with “solid” food he took to it like he had been eating solid food all along. On October 19 he weighed 2.6 pounds. 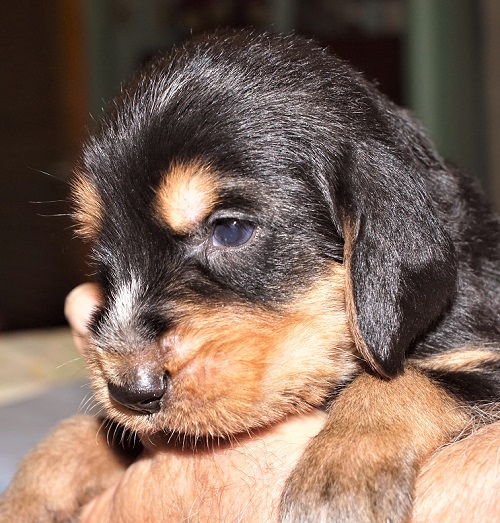 Puppy four Hondo climbed out of the receiving box while I was weighing his brother and I turned to find him nursing on mom. He readily took to solid food and is still the biggest. On October 19 he weighed 3.4 pounds. 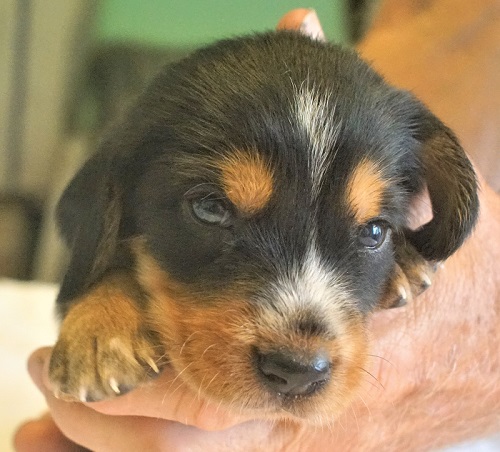 Puppy five Henrietta is into everything. She climbed out of the receiving box, climbed out of the whelping box and checked out mom’s breakfast. She has no problems with solid food and waded right into the pan. On October 19 she weighed 2.9 pounds. 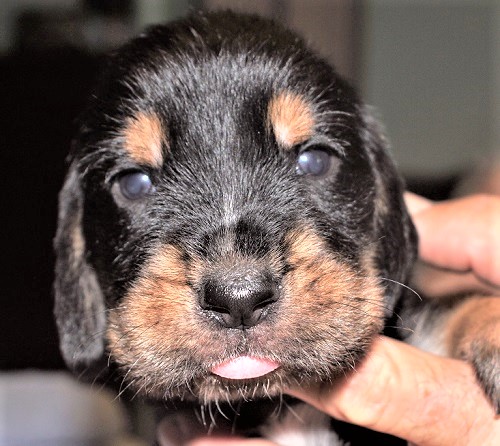 Puppy six Harriett was so interested in mom’s food I had to pull her out of the bowl. She is not as outgoing as Henrietta but does get around to check things out. She is the largest female. On October 19 she weighed 3.3 pounds. 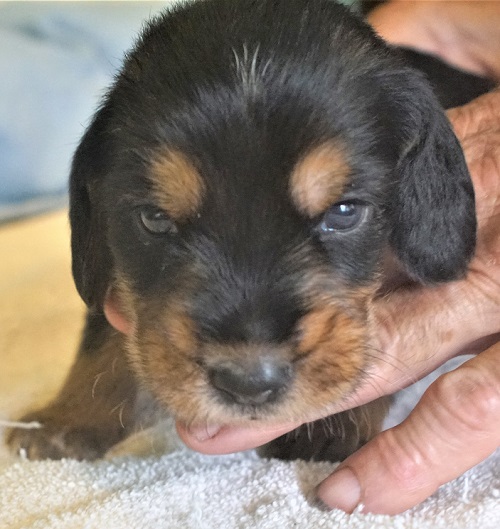 Puppy seven Harmony is the most reserved of the puppies but she will charge off on her own. She can be very vocal but likes to cuddle. She is the smallest of the females. On October 19 she weighed 2.7 pounds. 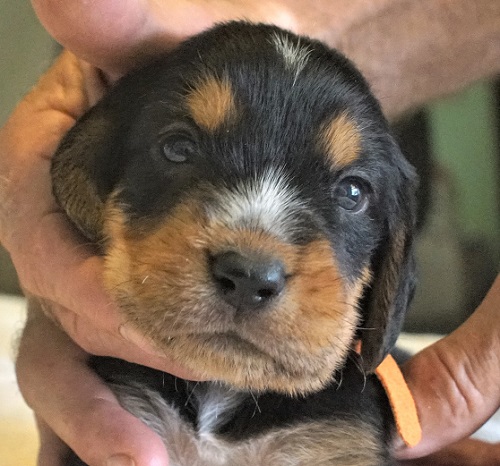 Puppy eight Holly is lively and checks things out. She has a tendency to climb on top of mom and often winds up sliding off behind her back. She is the second largest female. On October 19 she weighed 3.1 pounds.