The puppies are now over four months old and growing fast. They spend most of their time outside with the other dogs. Twice a day before breakfast and again before dinner we let everyone run down at the pond. The pups love the water and racing through the thigh high clover and rye grass. All you can see is the tips of their tails and waving grass. When they want to see where someone else is they jump up and you see heads popping up above the grass.

We enrolled them in a puppy class where they are a class unto themselves since class size is five to seven puppies. In class they are learning walk, sit, down, come and place (get all four feet on a mat and stay). They have decided that come (at least in class) is a great game as we stand at opposite ends of the room and call them. When they come they get a treat so they race from one end to the other almost before we can say come. At home they are also learning off, drop it and no. At least they are supposed to be. Outside the controlled environment of class they find too many things to get into. 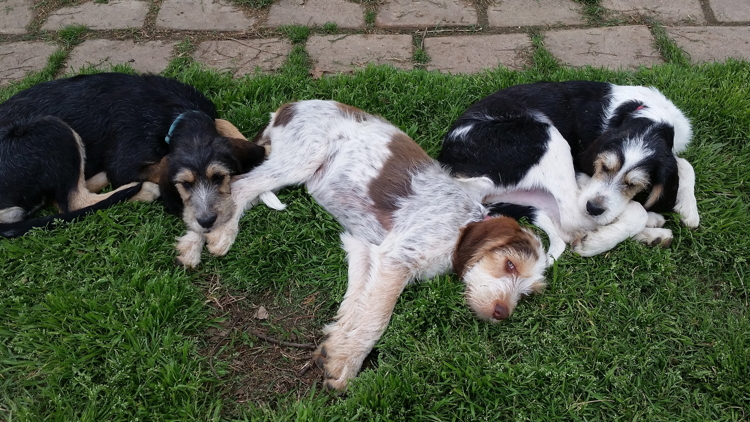 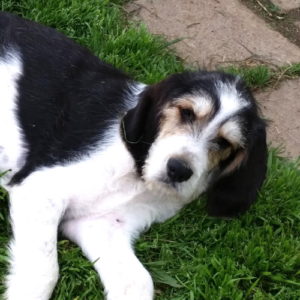 Dallas likes to play with our boxer rescue and some times it gets a bit rough and she can get rough with her siblings. However she has learned that the older dogs are not to be bothered and is careful playing with her special needs aunt. 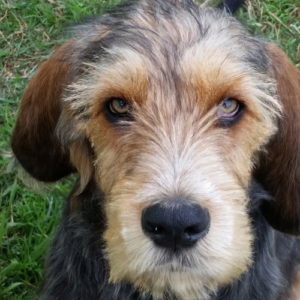 Darco is something of a homebody. He doesn’t like traveling but is getting better. He loves attention and will spend more time with us when given the chance. He also doesn’t like storms but it just could be an excuse to get attention. He enjoys class and really loves place. Once on place it is hard to get him going again as he wants to nap. 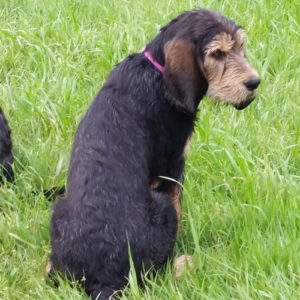 Dora is no longer available as we have decided to keep her. She can be a handful. She does well in class most of the time. At home she tends to lunge on leash and prefers to follow her nose rather than listen to commands. She loves the pond and has been swimming out in the deep water several times. We have to watch her to be sure she doesn’t over tire herself. 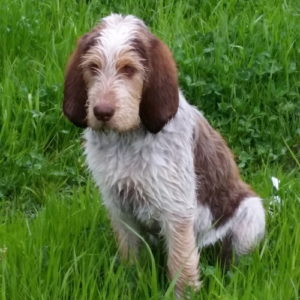 Diana is no longer available as we are co owning her. She can be very needy and is terrified of storms. If it thunders she runs for the back door demanding to come in. She loves class and sometimes does everything perfect while other times she acts like she doesn’t know what you are talking about.

Douglas has settled into his new home and his family is calling him Lil Sebastian. They are planning to show him.

Doyle has settled into his new home. He and brother Damon get to spent a lot of time together as their new families are related. 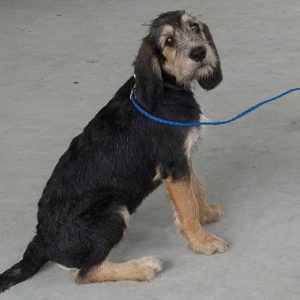 Dawn took to classes early on and quickly learned sit. However having proved she could do it she preferred to stand. The instructor says she has to think about what you want her to do. She got to meet the barn cat and wanted to play with him. They exchanged paw touches and both were civil.

Dillon has settled into his new home. His new family has chosen to call him Crosby.

Damon has settled into his new home and is enjoying his two new human brothers. He gets to spend a lot of time with Doyle as their new families are related.