On June 12 the Hunter F litter Otterhounds were seven weeks old. They are already used to a regular schedule, And they are excited about new prospects.

The pups get up around 5:30 to go out then breakfast at 6:00. While they eat I clean up the whelping box where they spend the night. The more time they spend outside the less mess they make in the whelping box. After the FLitter Otterhounds finish their breakfast and the morning chores are done they go into the 30′ by 40′ puppy pen around 9:00.

Their mother, Dora comes and goes checking on them. We have a play period just before lunch at about 11:00 and then they nap for an hour or more. They love napping in the roots of the trees in the pen as it is cool and shady there.

Two of the prospective owners came to visit over the weekend and the pups had a ball running around the house and playing with the visitors. They had their first bath after rolling each other in mess in the yard. Like all little ones they did not like a bath but happily waded in the water tank and their water bowl in the yard. 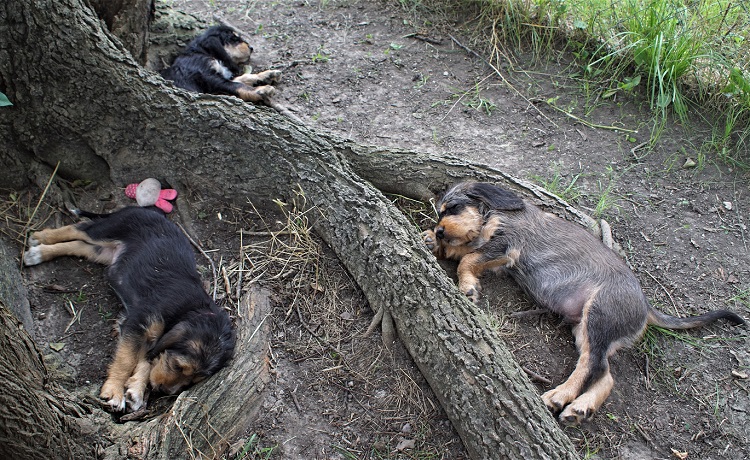 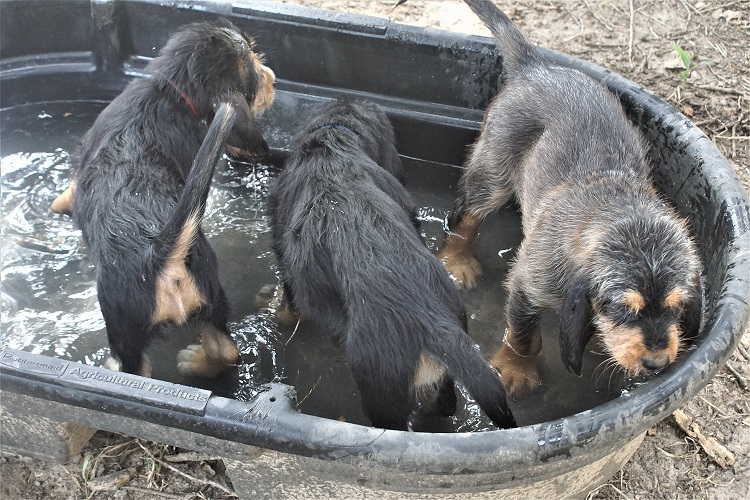 Hunter’s Frisco Traveler was 18.5 on June 12. While Frisco cries when separated from his siblings he is an independent fellow. He doesn’t have a problem wandering off on his own when loose in the main yard. He can be a handful when he doesn’t want to be put back in their pen or whelping box. He responds to his name some times and ignores you at others. 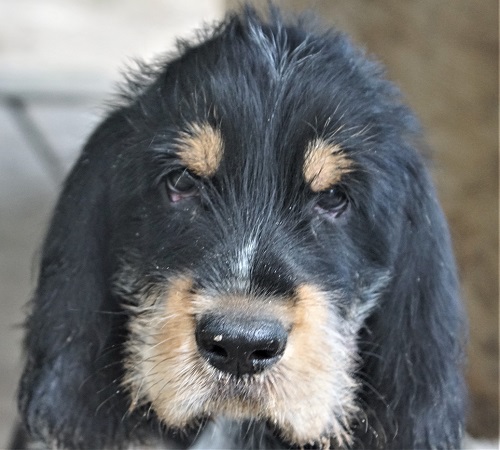 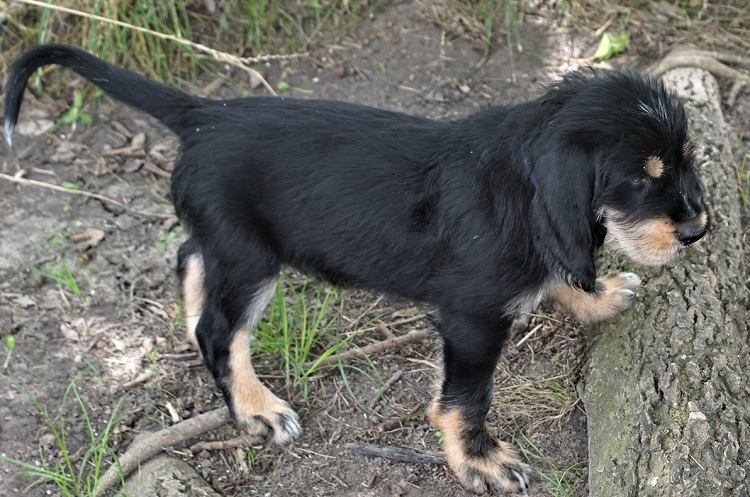 Hunter’s Forest Wanderer was 19.1 on June 12. Forest was a little shy at first with the visitors but quickly warmed up to them. He is the most likely to respond to his name. He doesn’t mind playing by himself and makes less of a fuss if he is left alone while moving the pups from place to place. He is still the most laid back of the three and generally likes to cuddle. 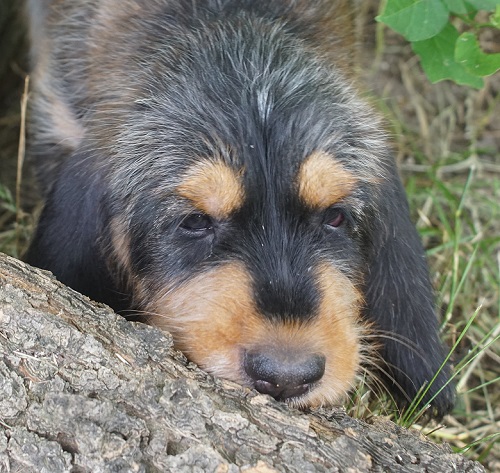 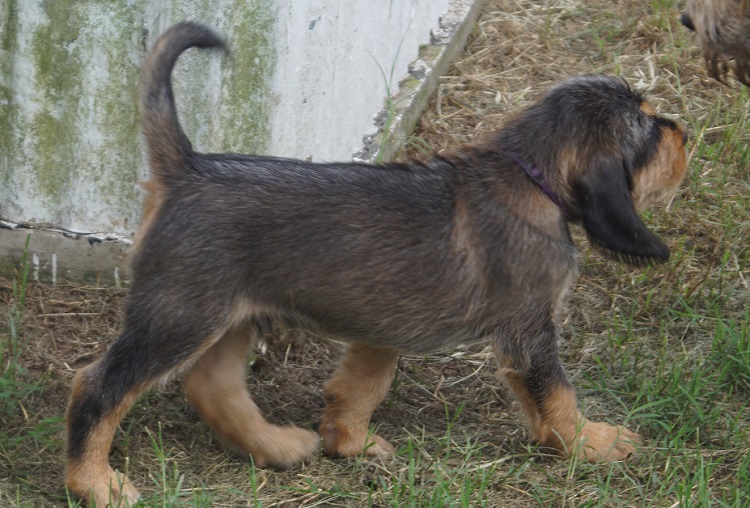 Hunter’s Fate of Magicwood was 15.2 one June 12. Fate is a regular escape artist. She now climbs out of the whelping box even though there are four six inch boards across the door. When she wants out she finds a way. She will use your hand to gain leverage to climb out of the small puppy pen. Once she is loose she takes off. She will be a handful to train because she wants to do just what she wants. 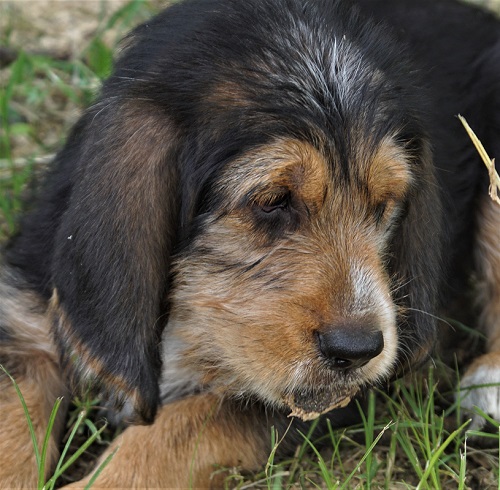 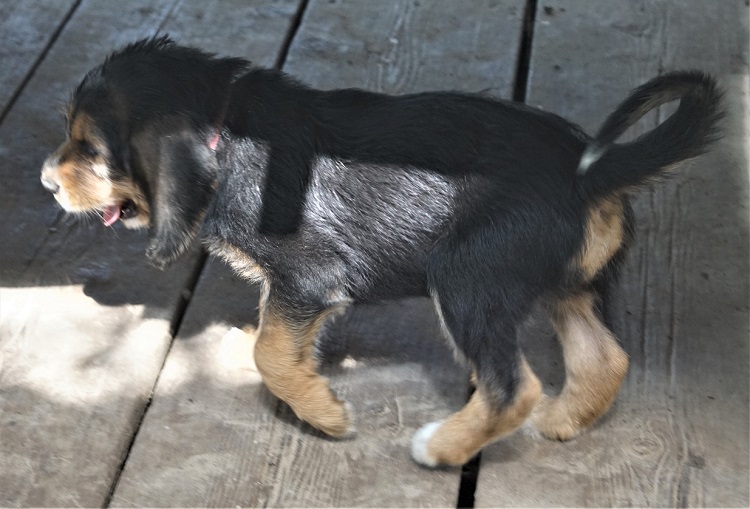