On May 8 the Hunter F Litter Otterhound Pups were two weeks old! And they already have had a busy life, and are growing so fast.

One May the fifth the F litter went to the vet to have their dewclaws removed. By the next day you couldn’t even tell the Otterhound Pups were born with them. Around day 12 their eyes began to open even though they can’t see yet. They are getting up on their feet and wobbling around the whelping box. They only make a few steps before their tummies pull them down. On May 8 they went in with mom Dora to get her stitches removed.

The vet checked our sweet Otterhound Pups over and said they were doing fine. Everyone couldn’t believe how big they were getting. 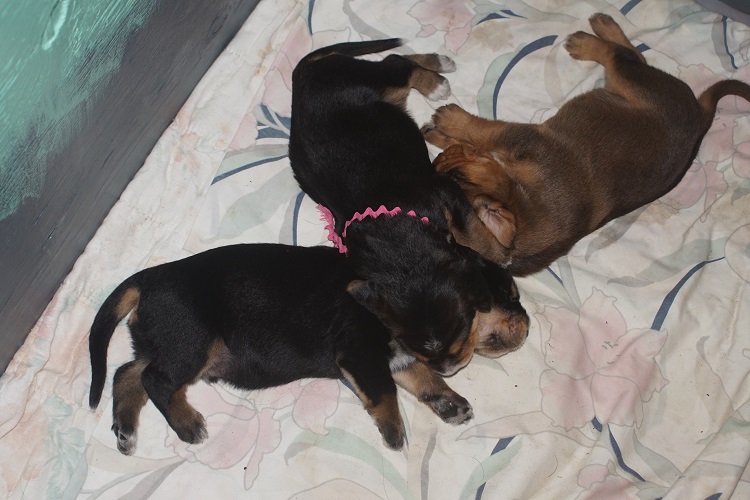 Hunter’s Frisco Traveler is now 4.7 pounds. He is the most vocal of the three. Sometimes he likes to cuddle but more often he just wants to find mom and food. 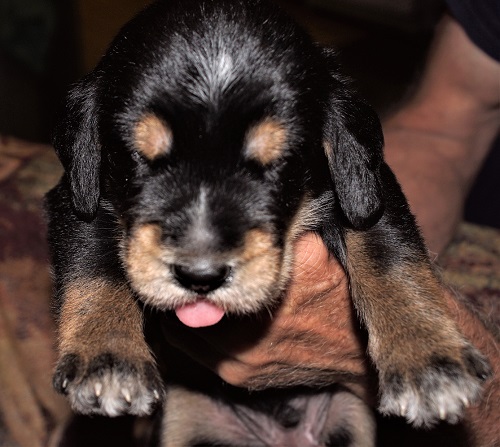 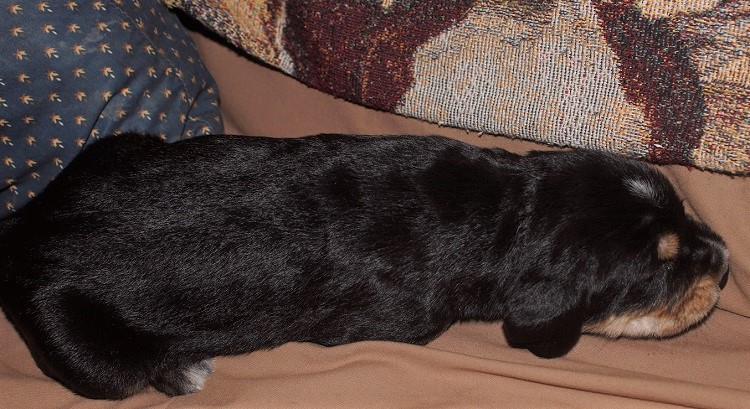 Hunter’s Forest Wanderer in now 4.6 pounds. He was the first to start walking and can stay on his feet longer. He is now the heaviest but likes to cuddle. 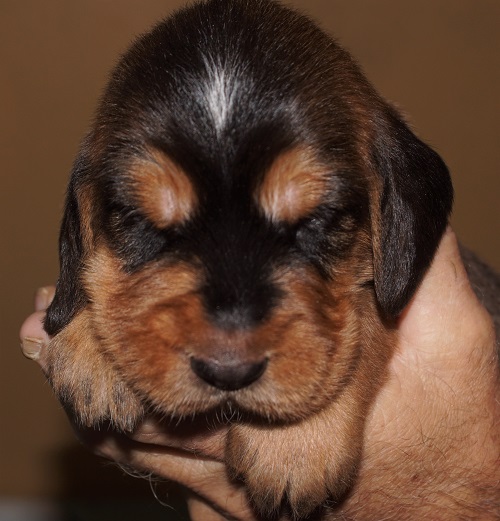 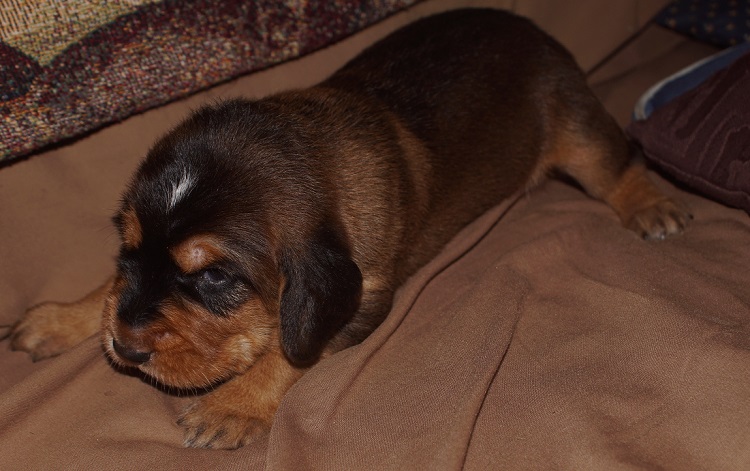 Hunter’s Fate of Magicwood is now 4.2 pounds. She was the first to get both eyes open. She has grown fast and is catching up with brothers. She likes to cuddle. 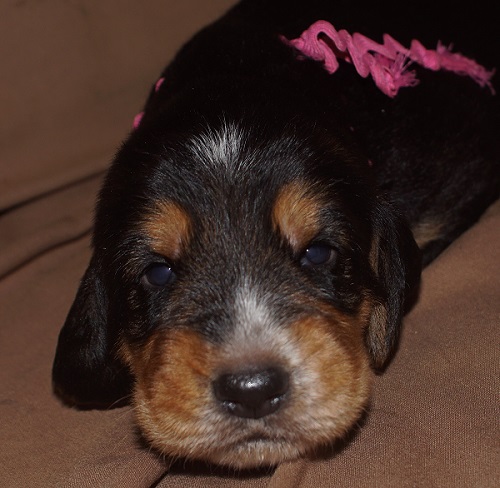 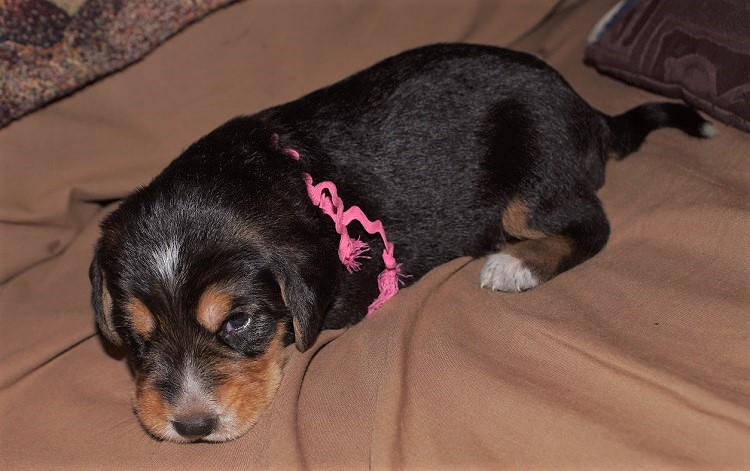 Watch the F Litter Otterhound Pups grow in these posts.