On June 26 the Hunter F litter became 9 week old Otterhounds. The pups think they are big dogs now and want to stay out in the main yard. We try to let them run in the main yard twice a day. Most of the time they have to stay in their pen because the gate to the pond is open for the big dogs to run.

They have been getting up around 6:30 in the mornings and going straight to the puppy pen out back. They get fed shortly after getting up and again around noon. They have a major meal around 6:00 and then a snack around 8:45 in the evening. Gradually this snack will be eliminated so they only get three meals a day.

They have begun eating out of separate bowls. It takes a bit to get them sorted as they all rush to the first bowl put down. Once everyone has a bowl they settle down an eat without any problems.

The 9 week old Otterhounds have had some exposure to the leash. They don’t mind dragging it around but when it comes to walking where you want them to they tend to balk.

They love playing with Daisy and their aunts Dawn and Diana. While Aunts Dallas and Emilee prefer to avoid them. Dora doesn’t spend as much time with them mainly because she can no longer go in their pen because we have to keep the six-foot gate closed. 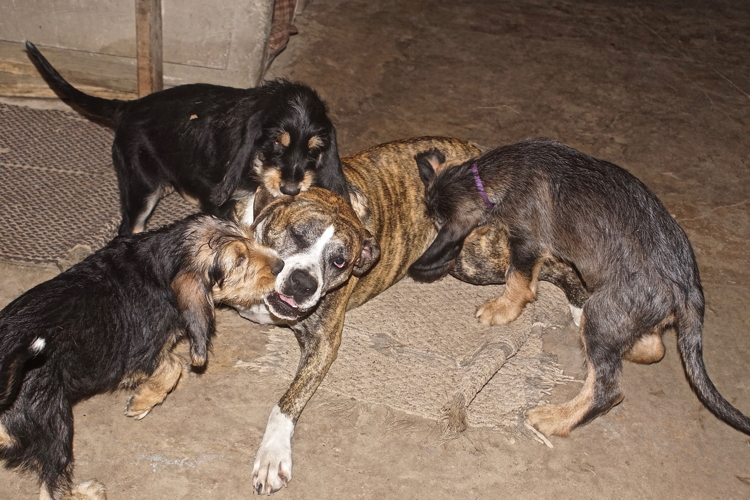 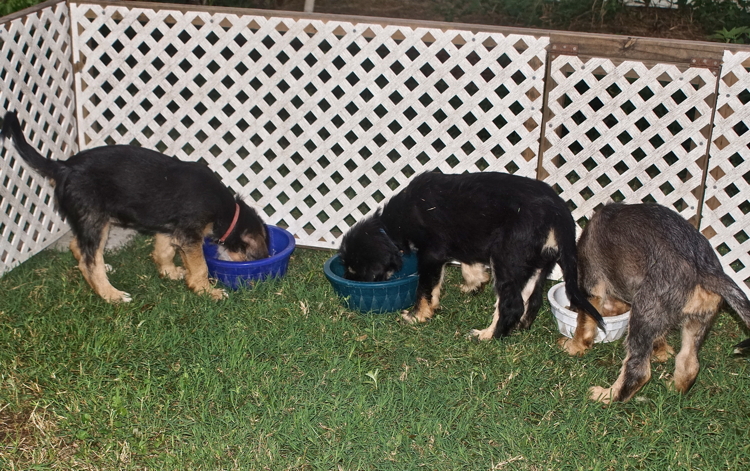 Hunter’s Frisco Traveler was 25.7 pounds on June 26. Frisco is becoming more mellow. He comes up for attention more often and will cover you in kisses. He loves hunting things in the yard and will chew on a stick or anything else he finds. He likes wrestling with his siblings but when he has enough he lets them know. 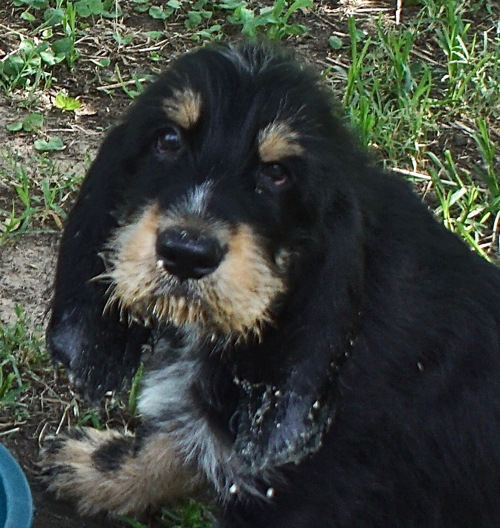 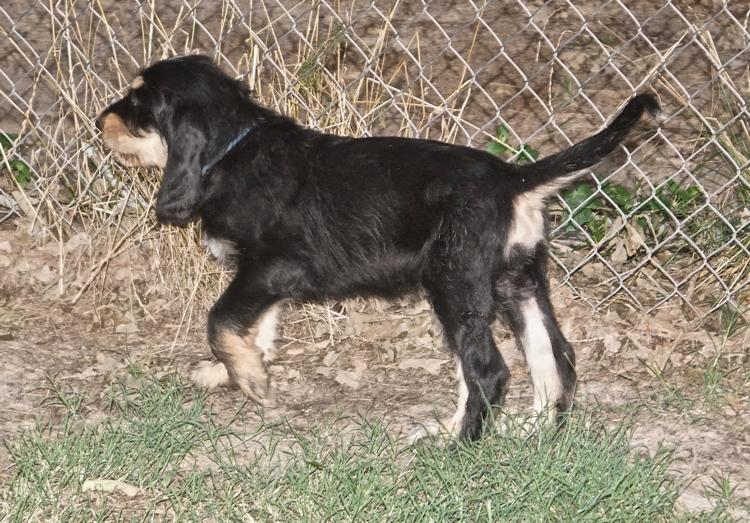 Hunter’s Forest Wanderer was 26.2 pounds on June 26. Forest likes to play tug o war with a bula or a stick. He really likes to run in the main yard and playing with Daisy. He is the most reserved when they are fed and lets the others go first. He likes to wrestle but thinks Fate gets out of hand and doesn’t hesitate to tell her so. 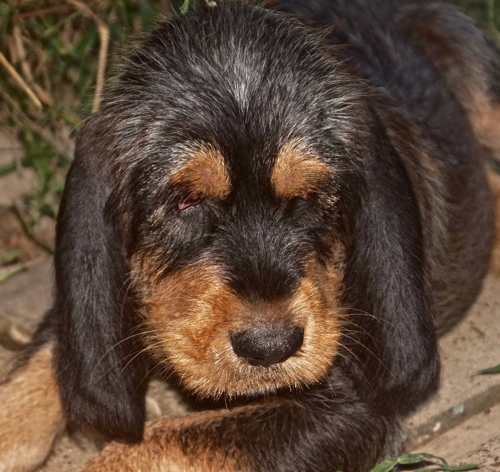 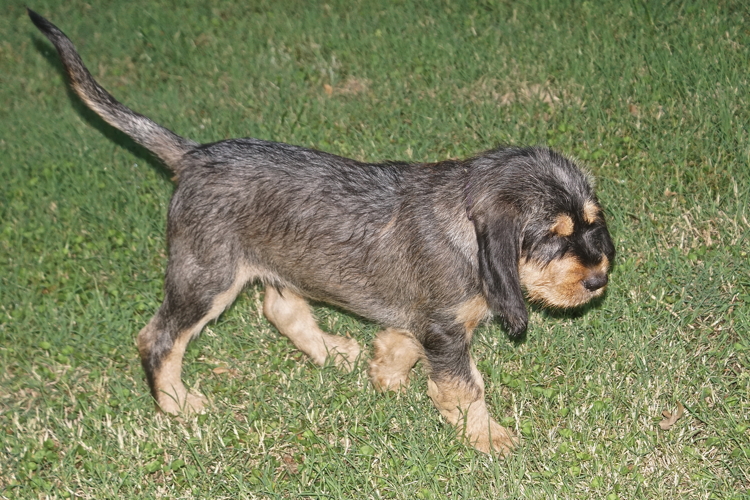 Hunter’s Fate of Magicwood was 21.2 pounds on June 26. Fate continues to escape. She quickly learned to wedge herself in the corner of the small pen and use it to climb out so it is no longer safe to leave her there. She has also learned to climb the short gate to the bigger pen so we now have to shut the six foot gate to keep her in. 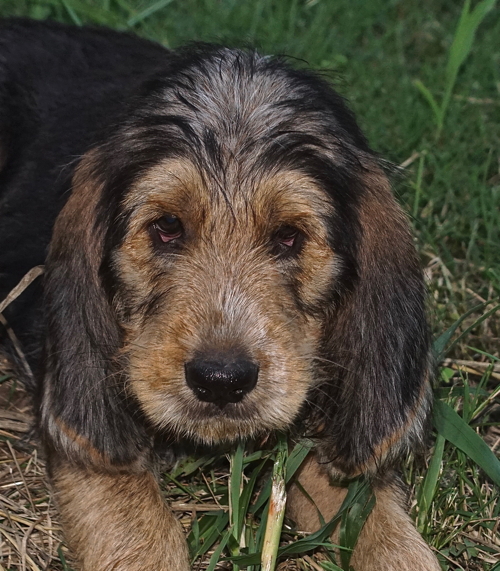 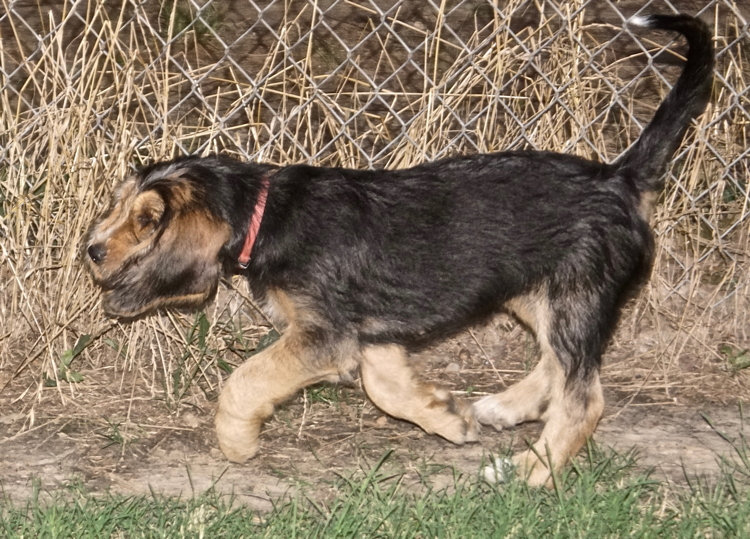