This has been a week of firsts. The girls are moving quite well now but still fall over their own feet a lot.

They had their first solid food early in the week and took to solid food like they had been eating it all the time. They quickly cleaned up all they were given then waddled around their full tummies.

They went outside for the first time. They didn’t know what to make of the green and brown stuff sticking up. They started showing interest in the toys their dad sent them and they have started playing. 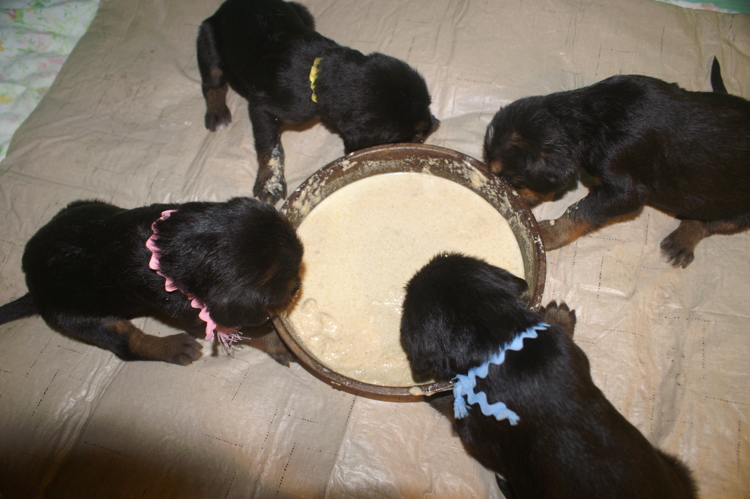 Hunter’s Riverrun Ebony Twilight weighed 4.0 pounds. While her tan marking are more pronounced than the others they are dark and over all she is still the darkest. She really took to the solid food and eats as much as she can hold. While outside she checked out the toys and played with a little squirrel. 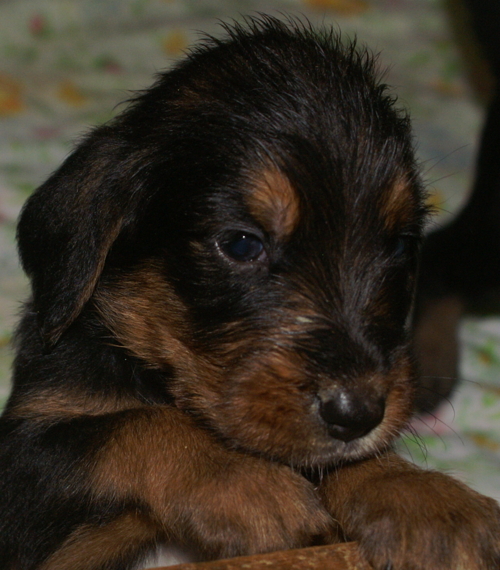 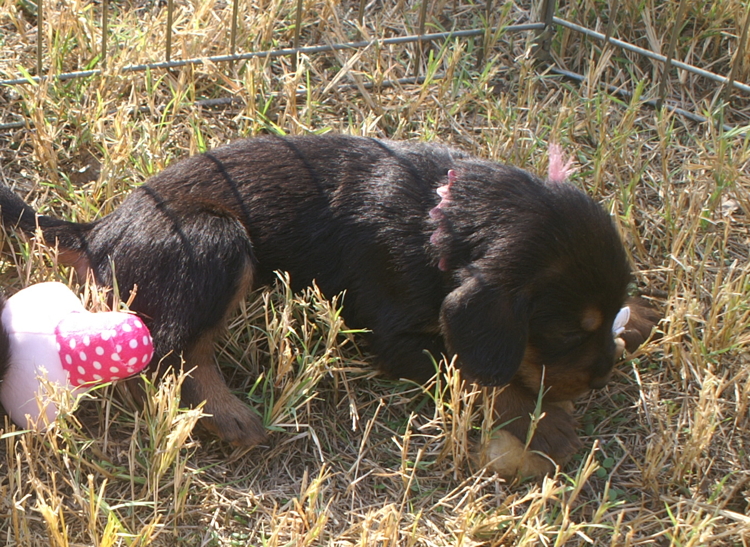 Hunter’s Riverrun Electra Rose weighed 3.7 pounds. She likes freedom of movement and let it be known she didn’t like to be fenced in. She has tried repeatedly to climb out of their box. She likes the solid food and while outside seemed to be checking out the doughnut toy to see if it was edible. 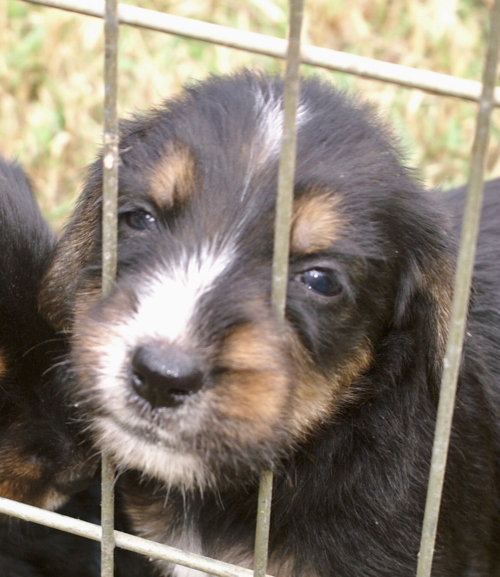 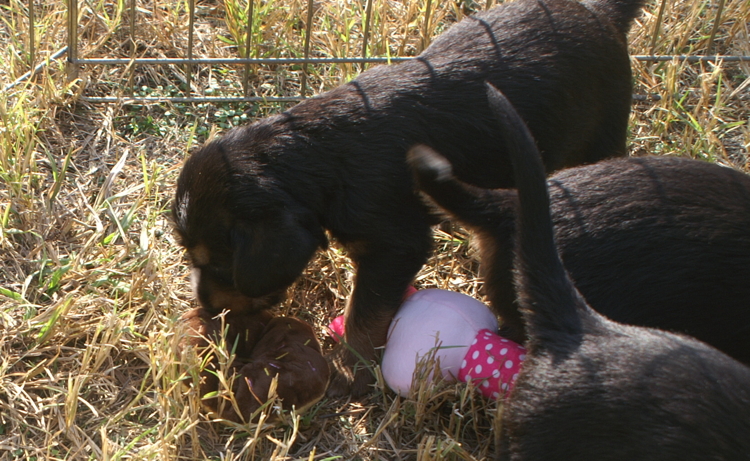 Hunter’s Riverrun Emilee Jade weighed 3.3 pounds. She eats in a more reserved fashion so doesn’t get as much of the solid food and as a result hasn’t gained as much. She seems to be up and around more than the others probably because she isn’t so full. She checked out the toys while outside. 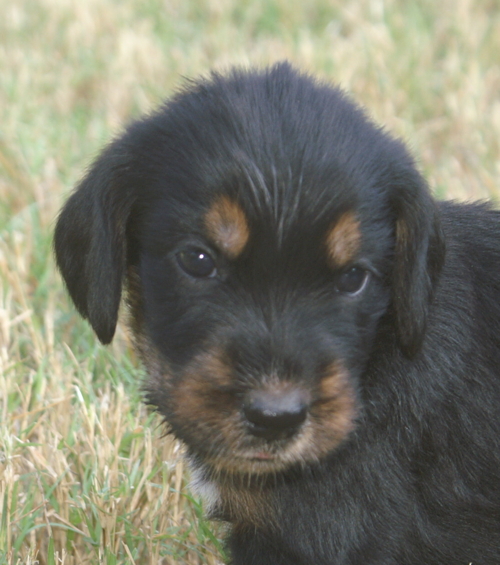 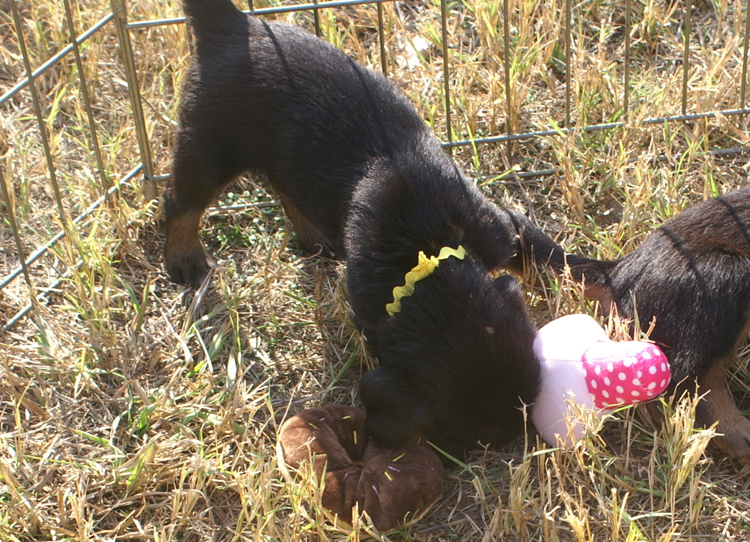 Hunter’s Riverrun Elsa Snow weighed 3.5 pounds. She was the first to dive into the solid food literally. She put her front feet in the dish and they slid out from under her. She still enjoys sleeping while nursing when she can get mom to cooperate. She was a bit more bold when they went outside the first time. 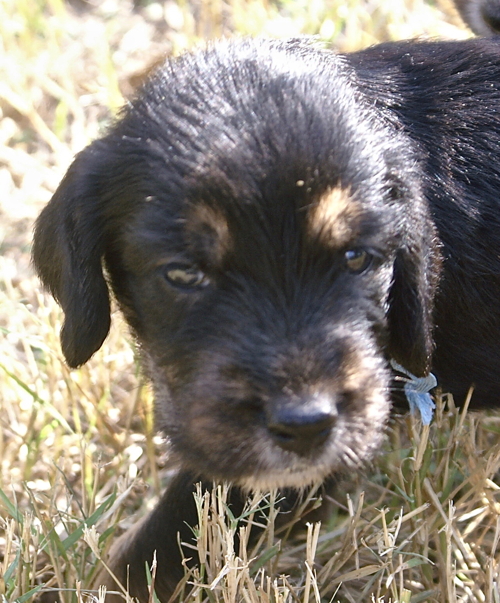 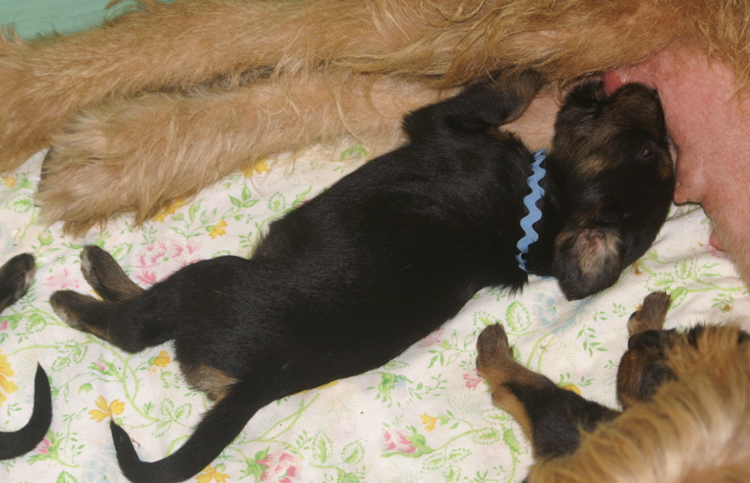