The girls are growing fast. They have more than doubled in weight. Though their eyes aren’t open and they can’t hear yet; their noses work great. When mom gets in the box their little noses work over time searching for her. They have begun to get up on their wobbly legs and walk. Between lack of coordination and no sight they stagger all over looking for mom. They make sure she knows they are looking and they soon find her. Most of their time is still spent sleeping and nursing. 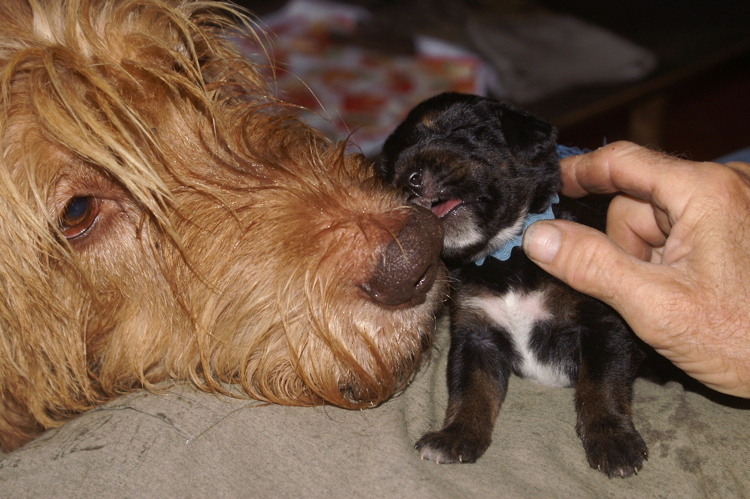 Hunter’s Riverrun Ebony Twilight weighs 2.0 pounds. While she was very dark to begin with the tan markings on her face have become more pronounced. She can be very vocal when she can’t find mom. Once when held she sniffed so hard for mom she was making little snorting noises. 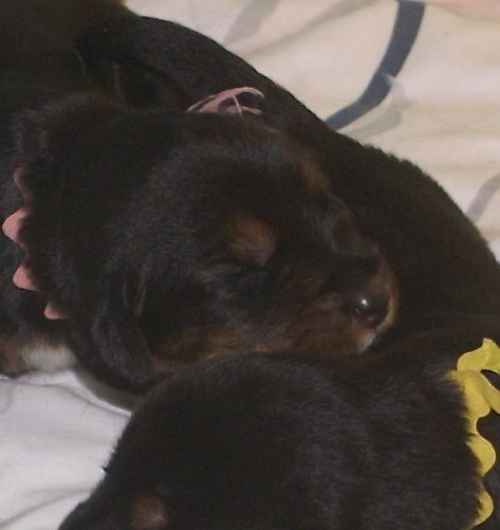 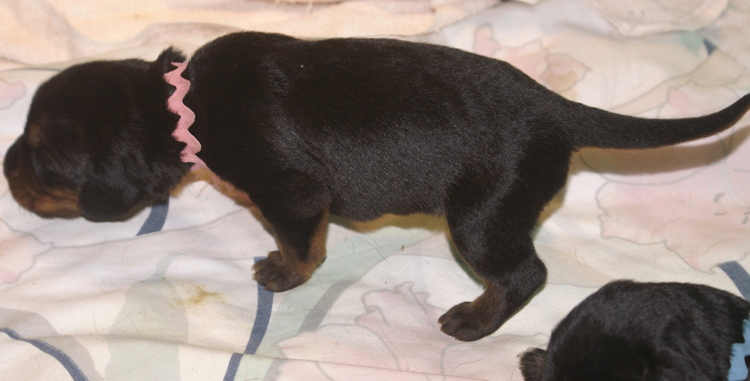 Hunter’s Riverrun Electra Rose weighs 1.9 pounds. The white blaze on her face and nose are still prominent while the tan markings on her face are more pronounced. She was the most vocal to begin with but has relinquished that to Ebony. 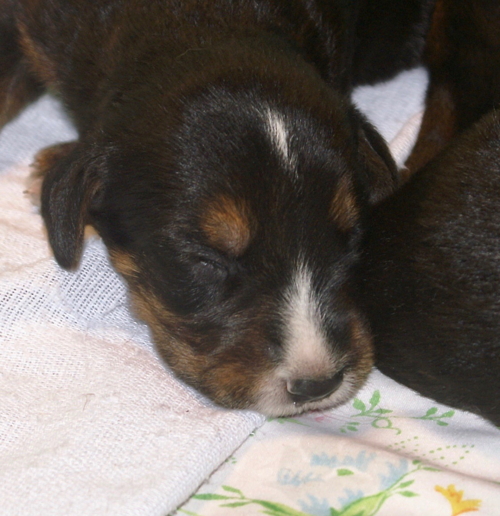 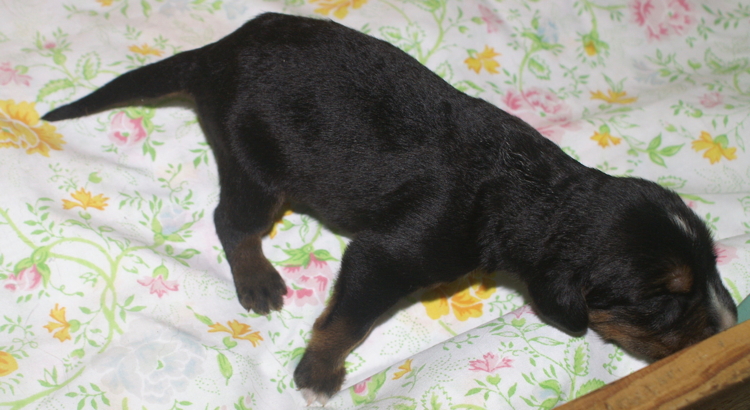 Hunter’s Riverrun Emilee Jade weighs 2.0 pounds. Her tan marking are still very faint. She can become quite frantic when she gets on the wrong side of mom. She makes a good bit of noise when she nurses. Her eyes are just starting to open. 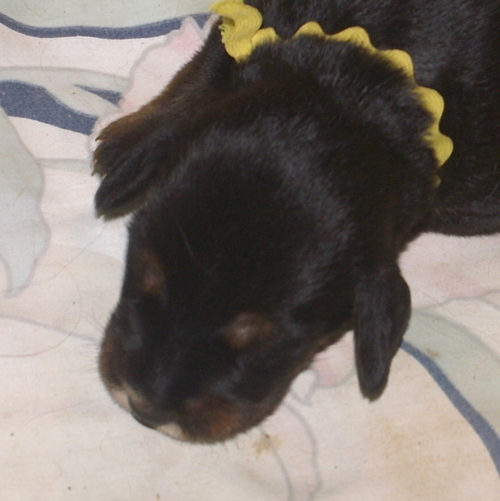 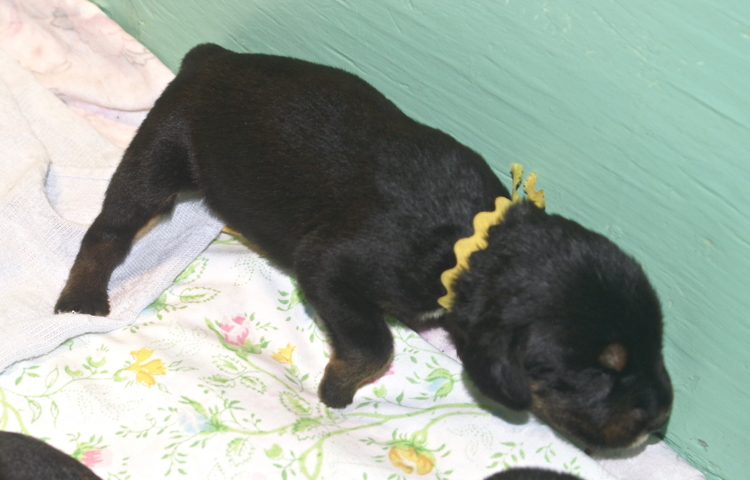 Hunter’s Riverrun Elsa Snow weighs 1.9 pounds. She is now the darkest pup. Her tan marking are still very faint. She sleeps by herself more than the others. In fact she crawled under the top bedding and I had to carefully check each bump until I found her. 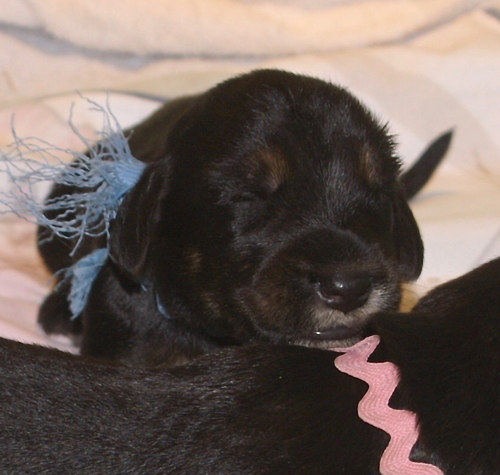 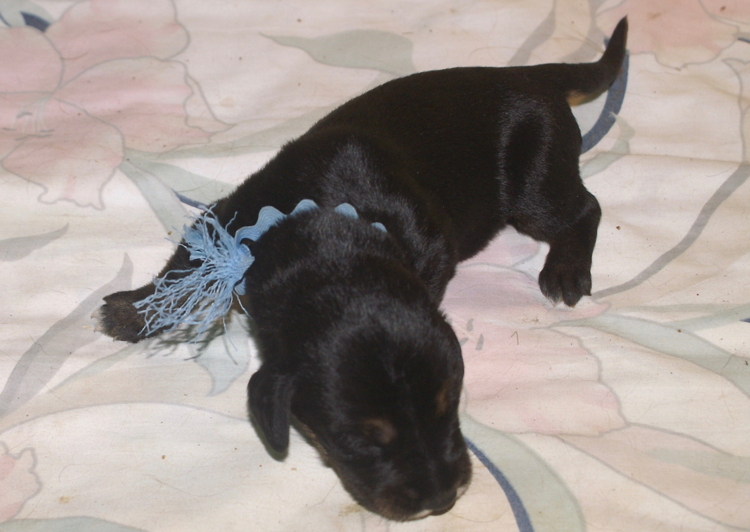