The girls are now five weeks old and going strong. They have stopped nursing but still chase after mom or any other adult they can.

Their teeth are coming in and they will chew on anything they get in their mouths.They are playing more with toys and each other. With the warm weather we are having they have been spending time outside. When not in their pen they run all over the place.

They like climbing on the front porch and getting under the bench. They tend to misjudge the edge and tumble off. It is only four to five inches so they are up and going in an instant. They had their first bath this week. 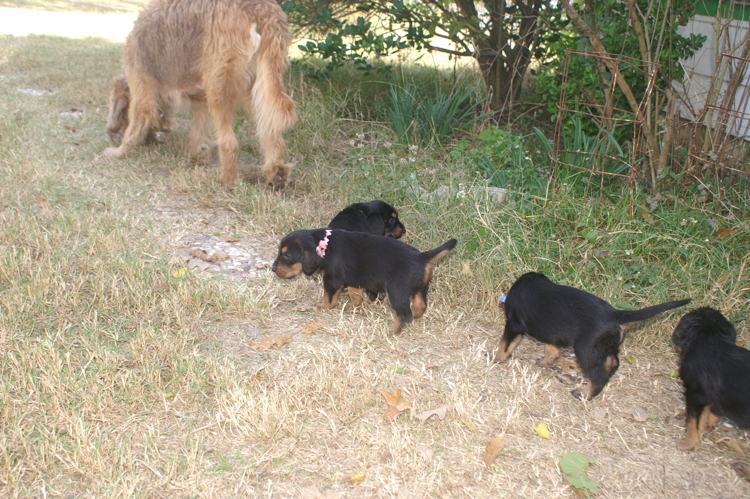 Hunter’s Riverrun Ebony Twilight is 6.7 pounds. For some reason she gets cold easier than the others and is always the first to want to come inside. She always seems more serious in her pictures but she likes to play with the toys. She also likes to cuddle. 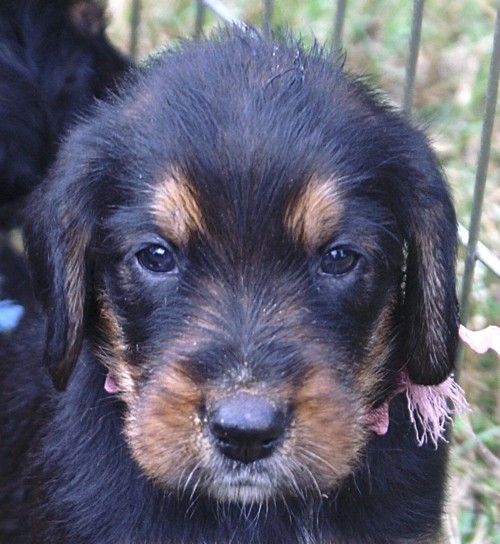 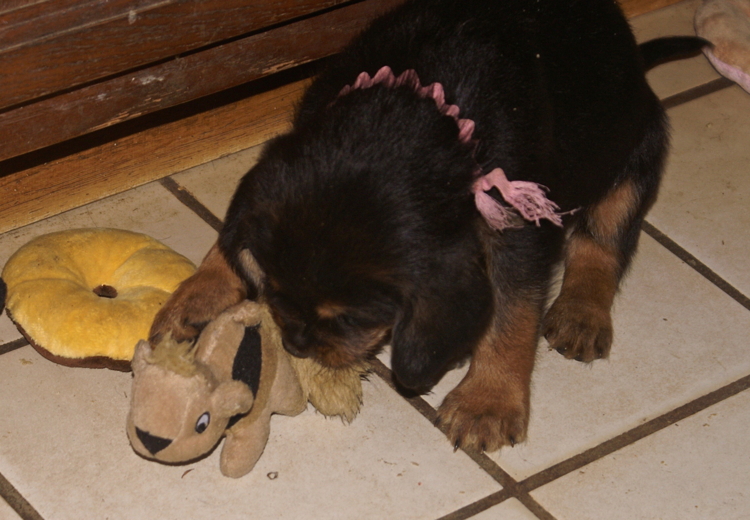 Hunter’s Riverrun Electra Rose is 6.5 pounds. She wasn’t thrilled with her bath but enjoyed the drying off. She likes the squirrel toy and was giving one a good shaking. She enjoys rough housing with her sisters and won’t hesitate to pounce on them while they are sleeping. 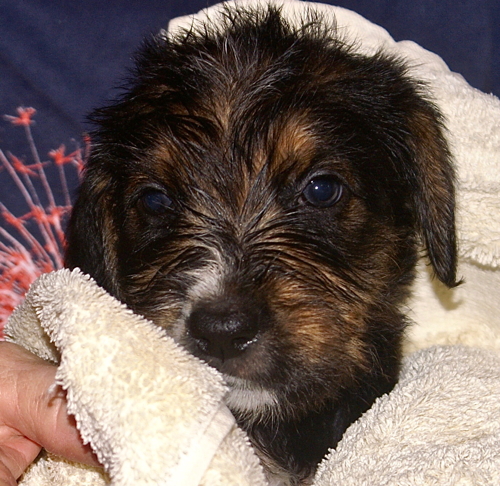 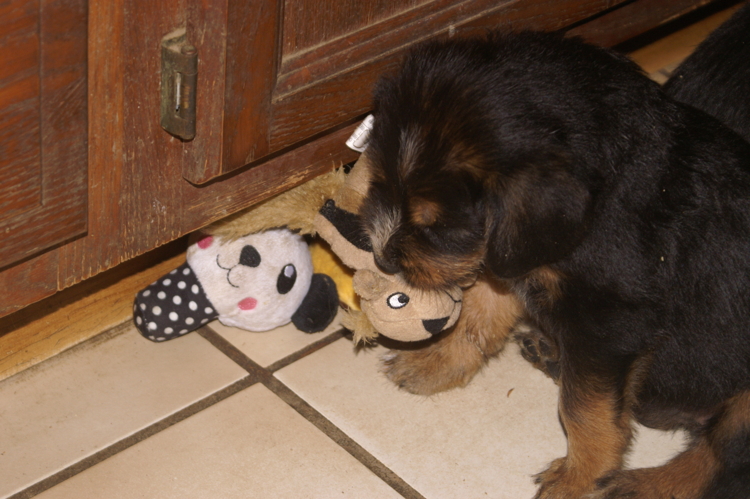 Hunter’s Riverrun Emilee Jade is still the smallest at 6.1 pounds but that doesn’t slow her down. She escapes when ever she can. She got out of their pen in the house and found Abilene (11) who didn’t want anything to do with her. She gets rough with her sisters and has to have a time out. 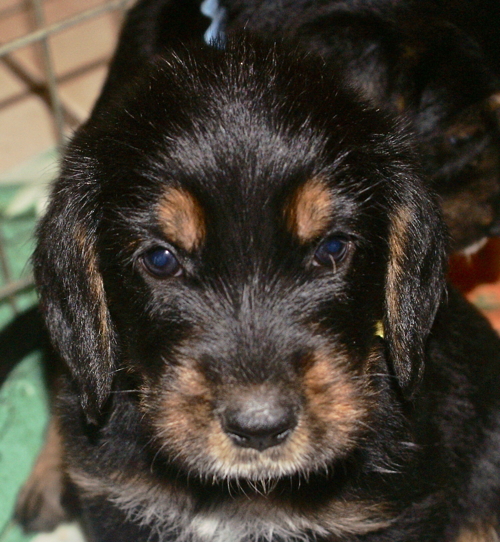 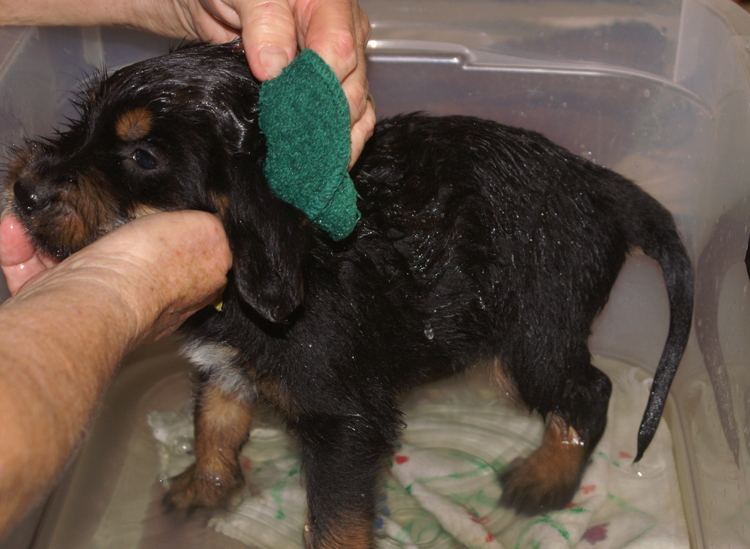 Hunter’s Riverrun Elsa Snow is 6.5 pounds. She cries to be held then growls when you pick her up. She really wants attention but on her terms which is to be held about one minute. She enjoys rough housing and some times she and Emilee really go after it and Elsa has to have a time out. 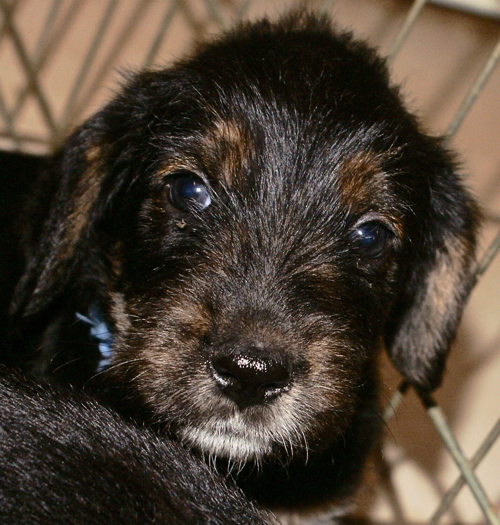 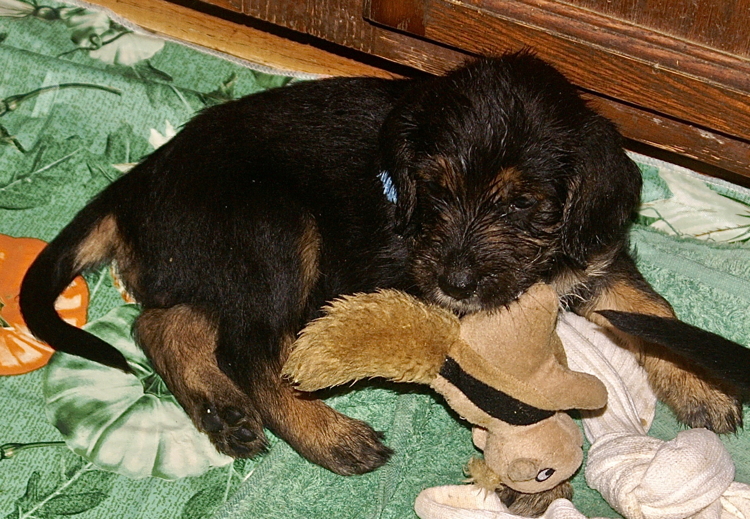