The D litter was five weeks old on January 18. They have grown and developed a lot. Cheyenne’s milk has mostly dried up so they rely on the solid food. It has gone from mush to softened puppy kibble.

They got to go outside for a couple of warm days and really enjoyed it. Most of the time it has been too cool so they spend time on the enclosed back porch where they have room to romp. 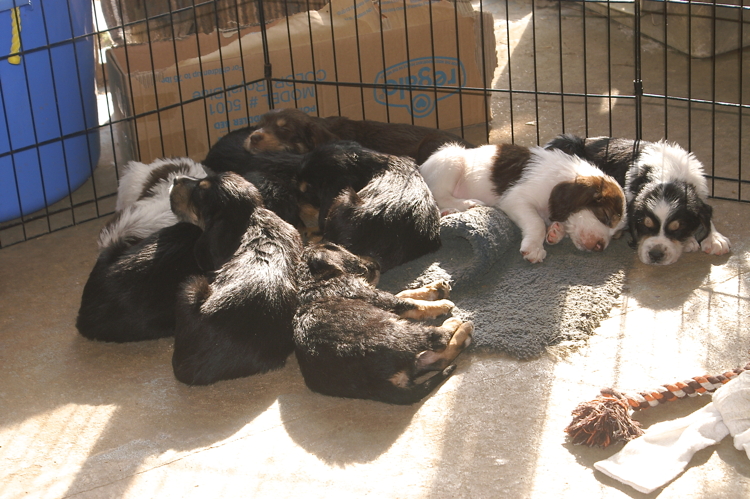 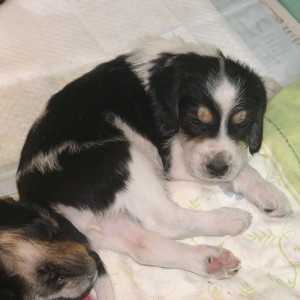 Dallas can be a handful but also lives up to the Diva part of her name. When she wants attention she lets you know. She is often alert while the others sleep just watching what is going on. She was 6.1 pounds. 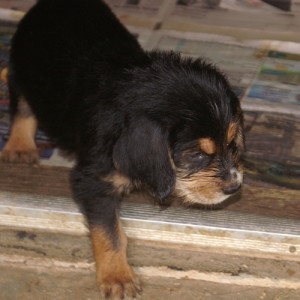 Darco is no longer the biggest but he is still growing well. He likes things on his own terms. He is outgoing and not afraid of new things. He carefully stepped out the back door for the first time. He was 6.9 pounds 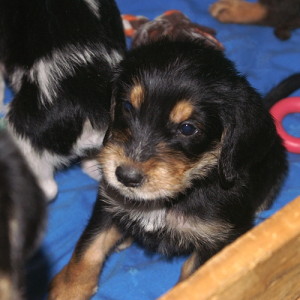 Dora continues to travel. She is more of a loner and not afraid to take off with out the others. She will wander around checking things out while the others sleep or even eat. She was 6.4 pounds. 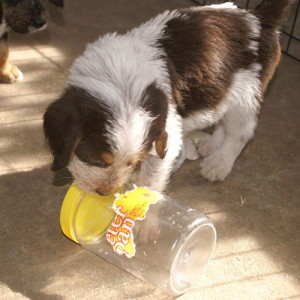 Diana is quick to assert herself. She doesn’t hesitate to start something and she will continue even if you pick her up. She likes playing with the toys and chased down the peanut butter jar. She was 5.7 pounds. 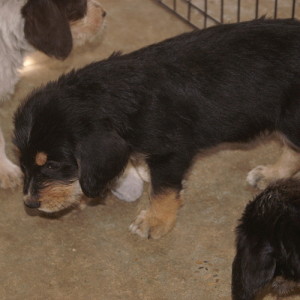 Douglas is now the biggest and is growing by leaps and bounds. While he doesn’t dominate the others he isn’t shy about holding his own. He still likes to cuddle and play with the toys. He was 7.3 pounds. 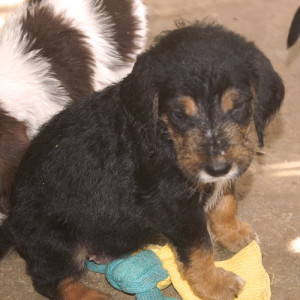 Doyle developed a skin infection and is on antibiotics. He has improved a great deal and is looking much better. He is still the smallest but he doesn’t seem to know that. He has grown to like being held. He was 5.1 pounds. 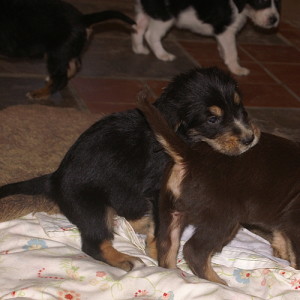 Dawn is the most dominate female. She can be a regular spitfire and she doesn’t want to be held. On the other hand she doesn’t mind a cuddle on her terms. If she had her way she would be top dog. She was 6.7 pounds. 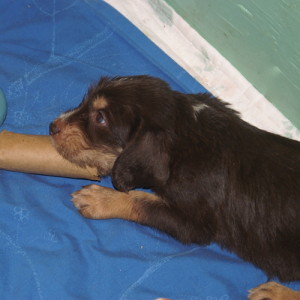 Dillon is something of an individualist. He will get right in the middle of any tussle or he will wander off on his own. He likes playing with toys and being held but not for long. He was 5.8 pounds. 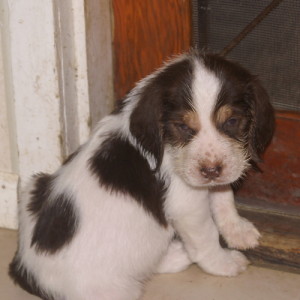 Damon has a very distinctive look and his ears have really developed well. He tends to keep to himself unless pushed. He has a most appealing sullen look and likes attention. He was ready to go out the door. He was 5.8 pounds.