They switched from nursing to eating “solid” food, otherwise known as puppy mush. They went from once a day feedings to four times a day. The first meal was in their box but they quickly moved from there to a pen that was easier to clean.

They have begun to play for short periods and have discovered toys, mainly toilet paper tubes and sock monsters. 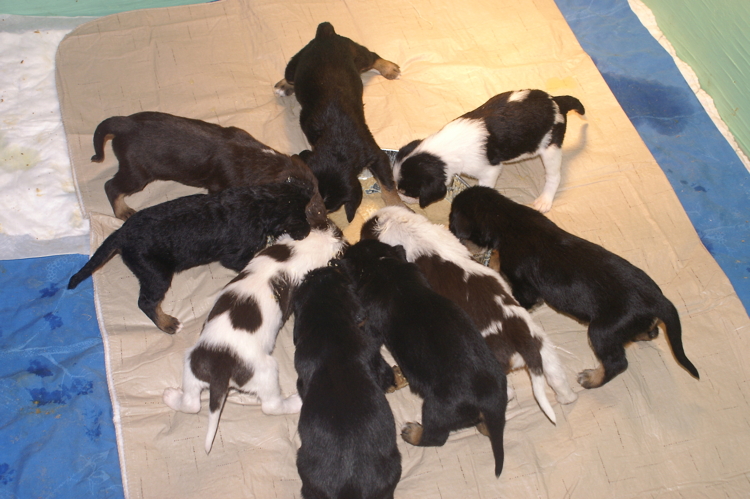 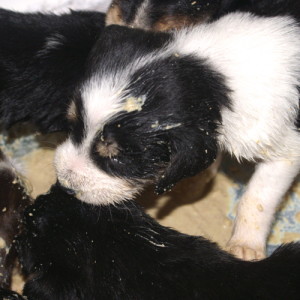 Dallas even though a Diva didn’t hesitate to dive into the food pan. She likes being held but not for long. She was 3.7 pounds. 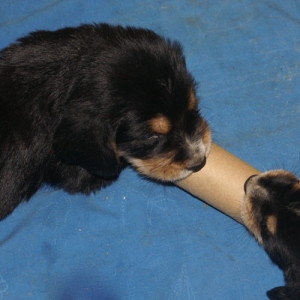 Darco is the biggest and strongest. He likes to be a tough guy but no one backs down from him. He likes being held if the others are quiet. He was 4.7 pounds. 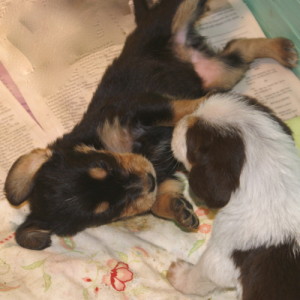 Dora is still very lively and eager to explore. She likes being held but only after she has checked everything out. She was 4.1 pounds. 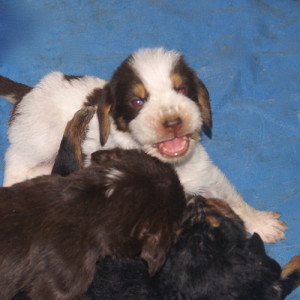 Diana has the longest coat and it is truly a mixture. While mainly white with liver and tan there is gray on her legs. She is very feisty. She was 3.6 pounds. 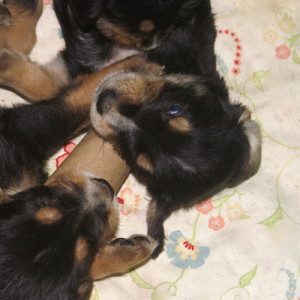 Douglas has started to assert himself but still likes to cuddle. He likes to play with the toilet paper tubes and sock monsters. He was 4.6 pounds. 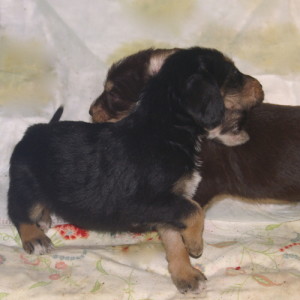 Doyle has settled down some and even likes to be held. Even though he is still the smallest he doesn’t back down from the others. He was 3.1 pounds. 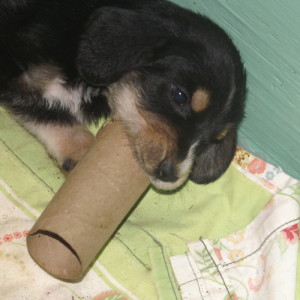 Dawn is now the largest female. She is very outgoing and puts up a fight when picked up. It is mostly show as she calms down quickly. She was 4.6 pounds. 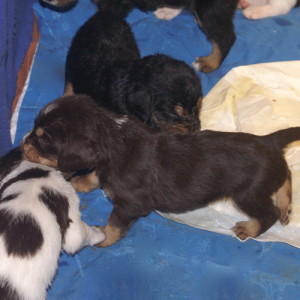 Dillon is the second smallest but he is outgoing and holds his own in any tussle. His tail still has a marked hook in the end. He was 3.6 pounds. 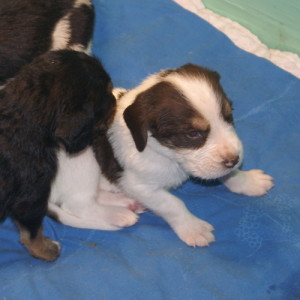 Damon’s nose is now more liver. He tends to get cold easily because his coat is thin. His pink skin gives his white areas a pink tint. He was 4.0 pounds.