Happy New Year from the D Litter and are now January Otterhound puppies! The new year has seen great strides in the development of the D litter. All of the puppies have their eyes open and move around as if they could see. At this stage they see more with their noses than their eyes. Their noses only stop when they sleep. The silly flaps they had a birth have developed into recognizable ears.

They also now have names. Like the B and C litters before them the D litter gets their D names from towns and cities in Texas. 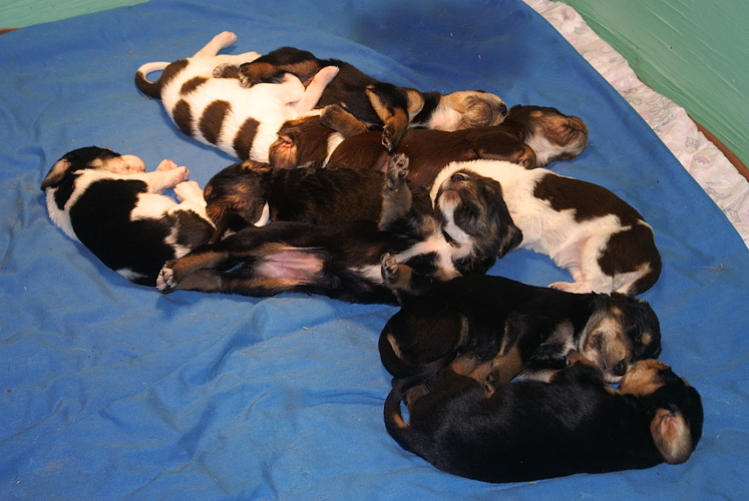 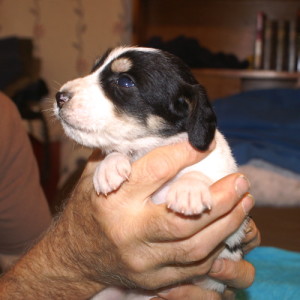 Dallas moves around well and follows mom all over the whelping box. Her pink nose has started to develop a black color to match her spots. She is now 2.1 pounds. 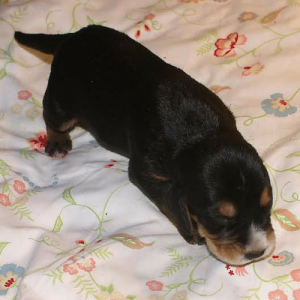 Darco interacts with the others more and appears more outgoing. He is a hearty eater and is now 2.5 pounds. 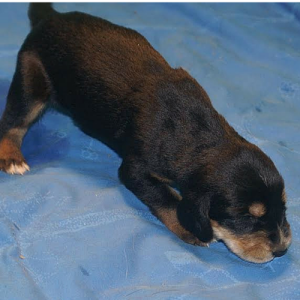 Dora earned her name as she was the first on her feet and also the first out of the whelping box. She climbed over mom and tumbled out. She is now 2.5 pounds. 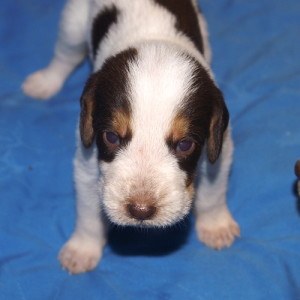 Diana’s nose is beginning to gain color. If her nose is liver then her coloration is white and liver. She has slowed on her weight gain but is 2.0 pounds. 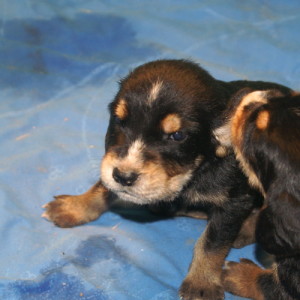 Douglas is the big boy in the litter. He is also more laid back and likes cuddling. He has led the way in weight and is now 2.8 pounds. 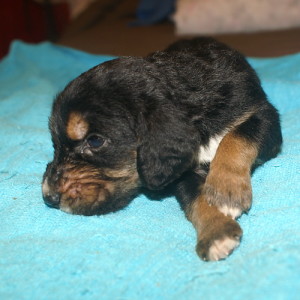 Doyle is in almost constant motion. He doesn’t like to be held still. He is the smallest even though he didn’t start that way. He is 1.9 pounds 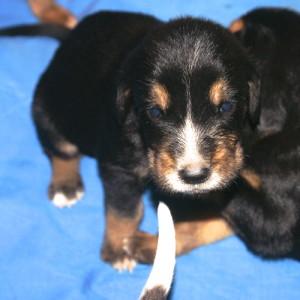 Dawn is a lively girl with a hardy appetite. She is the second largest female. She is now 2.3 pounds. 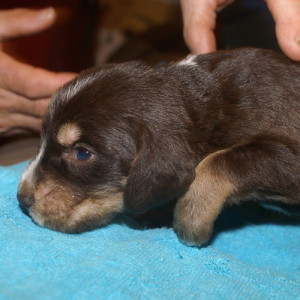 Dillon started out with fluid on his lungs but has quickly put that behind him. The kink in his tail is now more a hook and he is 2.2 pounds. 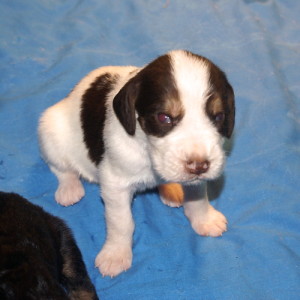 Damon’s nose is also beginning to color but it’s still hard to say if it will be liver or brown. He has developed a hardy appetite and is now 2.2 pounds.