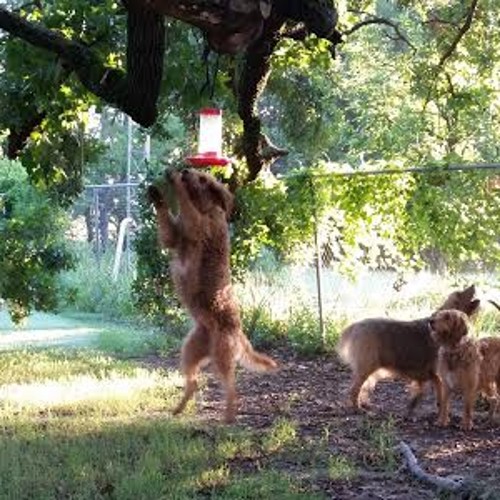 Hunter’s Dame Clara has fully recovered from the loss of her puppies back in April and has been enjoying playing in the pond with all the enthusiasm of an Otterhound.
The Hunter Otterhounds enjoyed a good squirrel chase in late June. Hunter’s Sunny Cheyenne proved that Otterhounds can almost fly. 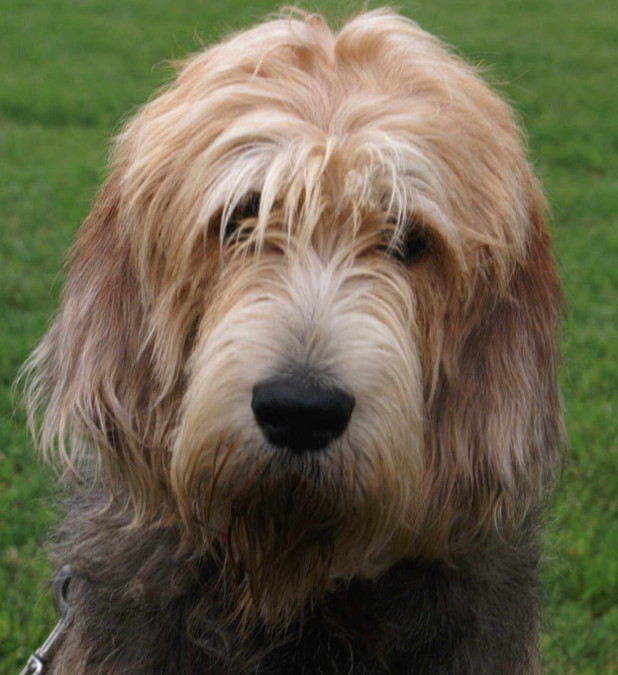 The otterhounds had all been to the vet for check ups and vaccinations and everything looked fine. However things changed on January 24th for Quick. And Quick’s last litter, the Hunter’s C litter of Otterhounds will soon be three years old. 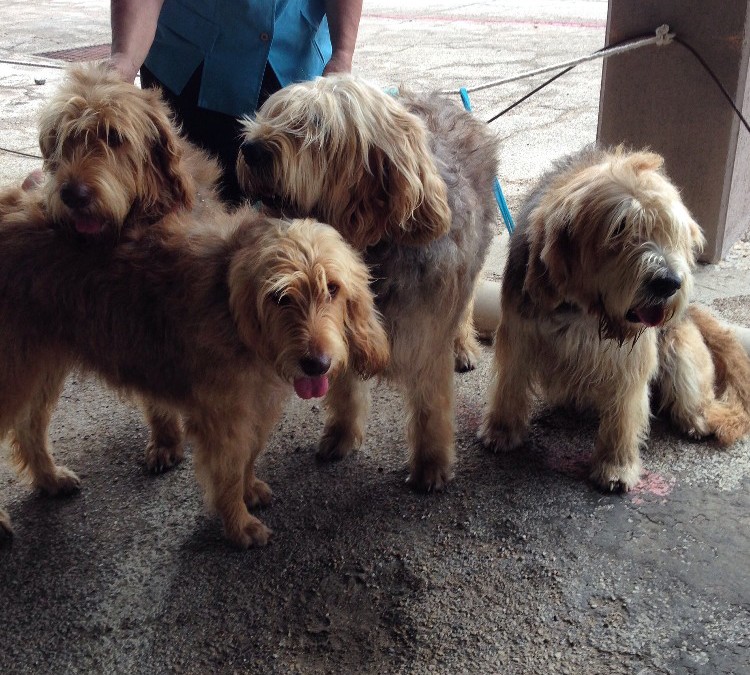 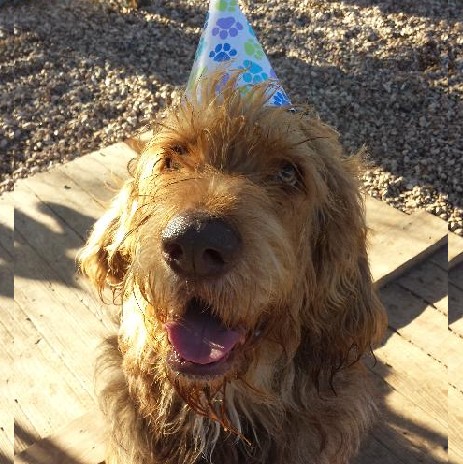 First Championship Hunter Otterhound C Litter The Hunter’s C litter turned two this past March but back in September of 2013 while only 17 months old Hunter’s Taking Moonlight Chances aka Josef won his Championship at the Otterhound Club Specialty. His... 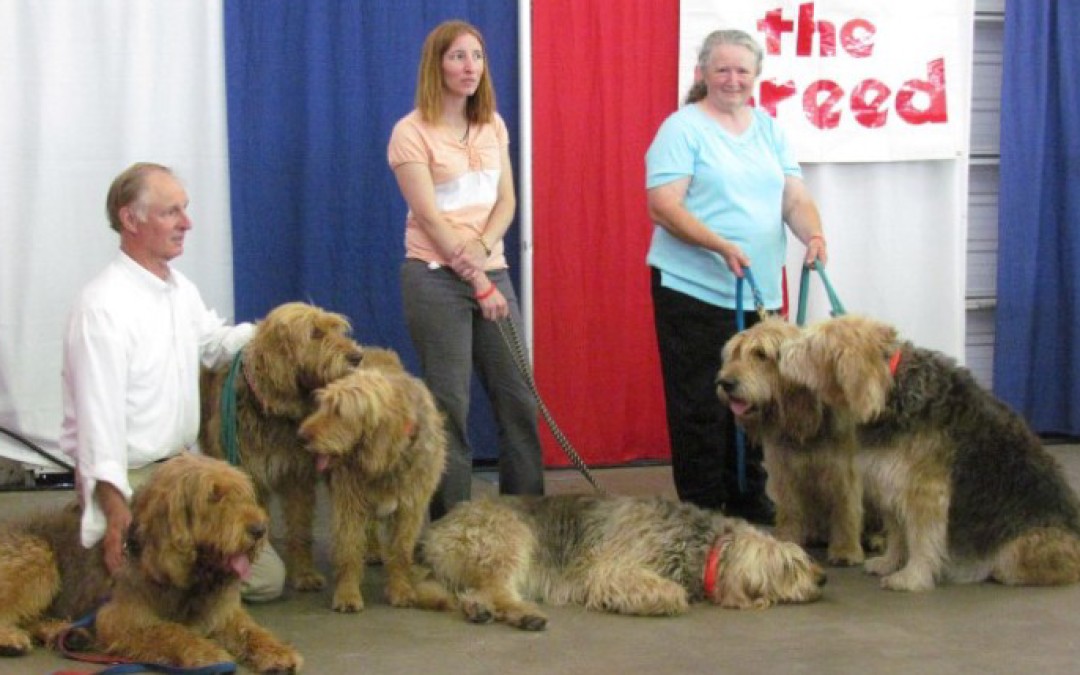 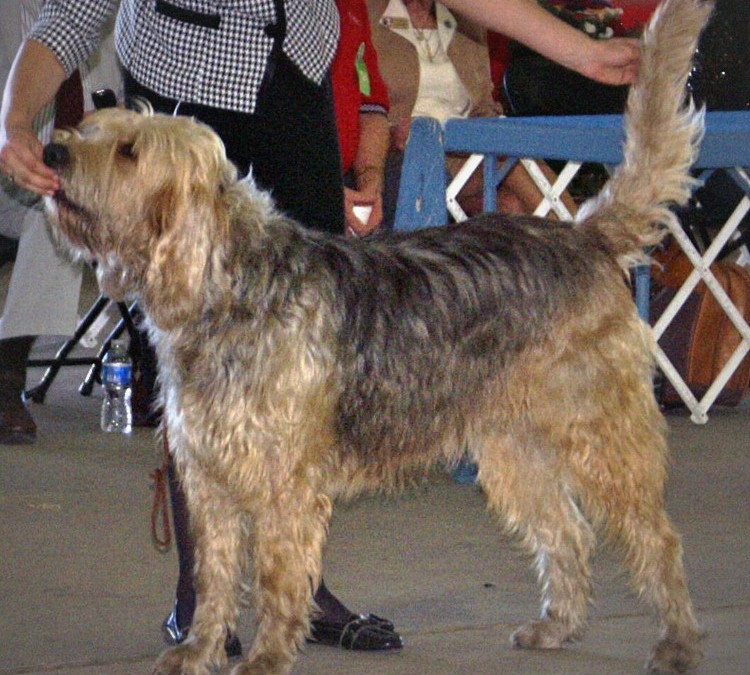 We went to the Lone Star State Classic Dec. 10 and 11. We showed Quick, Abilene, Barclay and Bonney. Bonney really shined both days and got Best of Breed. We had planned to breed Quick and Abilene in the fall but they failed to come in heat at the expected time. The...
« Older Entries