B Litter is now 8 weeks old

The puppies are now eight weeks old. They have had their first shots and will get the second set on August 26. They get up at six o’ clock and want out and stay out in the puppy pen (30′ by 40′) all day. They no longer potty in their whelping box but do wet it if they don’t get out soon enough in the morning. They eat three large meals a day and Milkbone cookies between meals. We have been turning them loose in the main yard in the evenings and they are all over the place. Their coats are turning grizzle (white hairs in the black or brown) on their backs. They are beginning to respond to their names. 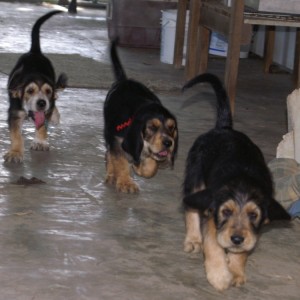 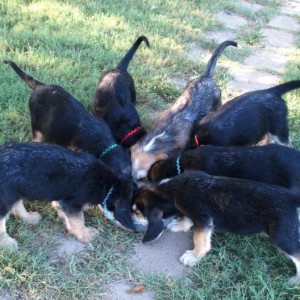 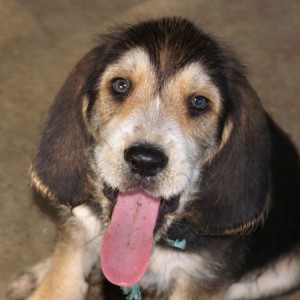 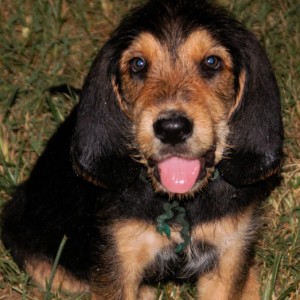 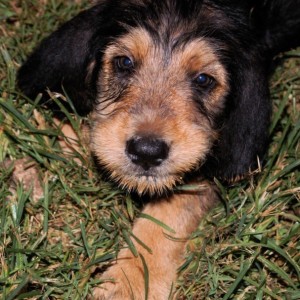 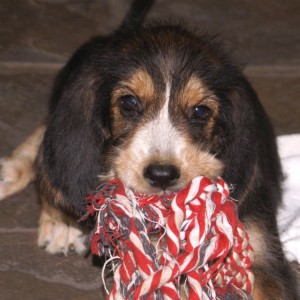 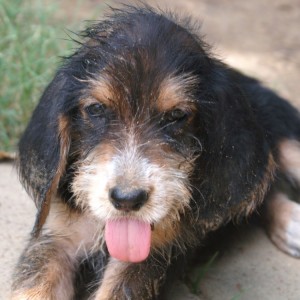 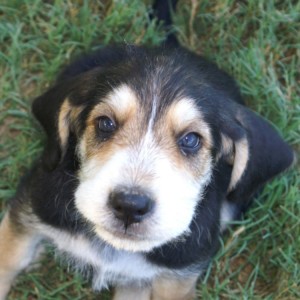 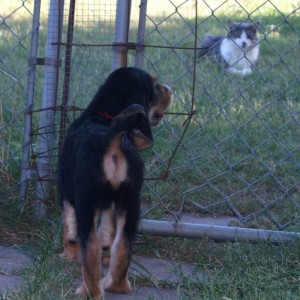 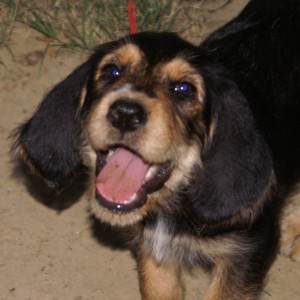 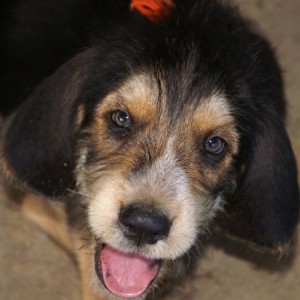 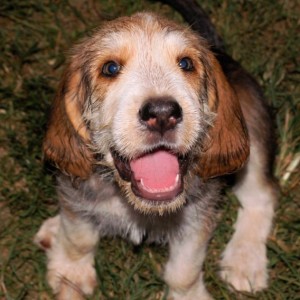 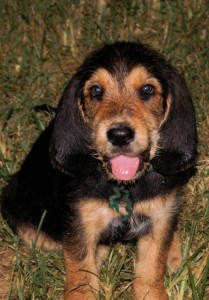 Booker has changed since the last update. He is now feisty and independent. He likes to do things his way. He is a little longer than tall but his legs are starting to lengthen. He continues to be darker than most of the others. He now weighs 17.4#.

Blessing is improving though still way behind the others. She is eating solid food now and no longer taking a bottle. She likes going out side but tires easily. She is still much smaller than the others. She only weighs 10.7#. She is a sweet little girl and will stay with us. 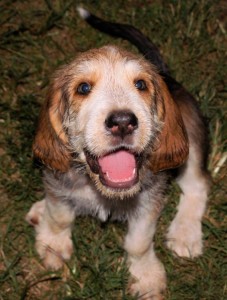 Badger is a lanky boy with a gangly gait. He is growing fast and should soon start to fill out. He is a lot like his father. He continues to be outgoing and lively but likes attention. He is still one of the biggest if not the heaviest. He now weighs 17.8#

Barclay is something of a loner. He likes to sleep under the dog house and is generally the last to come out. Whether that is because he is larger or just in the middle with puppies between him and getting out is hard to say. He is very friendly and generally calmer than the others. He now weighs 18.3#. 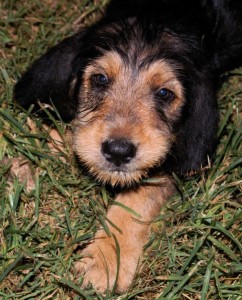 Bonney still holds her own against all her brothers. She likes getting out and running around the main yard. She is heavier built than most of the boys and has more grizzle on her back. She likes attention and can be very sweet one minute and tough the next. She now weighs 16.2#.

Bishop likes attention. He likes exploring and especially liked playing in the water under the swamp cooler. He had no trouble figuring out how to go through the six inch square openings in the wire. He has a more square build than some of the others but they are changing every day. He now weighs 15.7#. 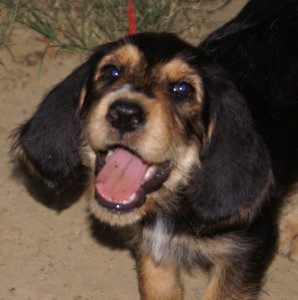 Bexar is a lively fellow into everything. He loves attention and can be very affectionate for a few minutes. After that he has to go. He discovered the cat out the back gate and bravely faced it down (for a couple of minutes). He is a happy fellow. He now weights 16.1#.

Briscoe is outgoing and will wander to the farthest part of the main yard. He is curious and into everything. However he loves attention and will really play up to you. He also loves to eat and will let you know when it’s time for food. He now weighs 15.3#.

Blossom has developed a lot since the last update. She now eats solid food and no longer takes a bottle. When you put the dish down she rushes to it. She is moving around a lot better but still falls. That doesn’t stop her from wandering all over the yard. She is still smaller than the others and will probably need special attention all her life. She only weighs 12.4#.

Race down the porch

Here Bonney (in front), Barclay (in the middle) and Briscoe (last) race from one end of the porch to the other.

Bexar and the Cat 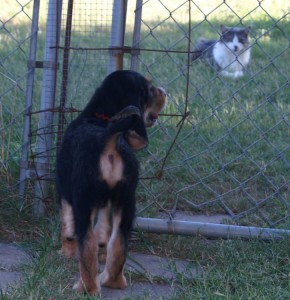 Bexar discovered the cat out the back gate and kept a close eye on him for a couple of minutes. The cat is as big a Bexar and even though there is extra wire to keep them apart Bexar decided to go for reinforcements.

Dinner in the main yard 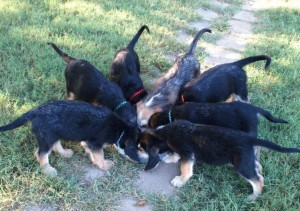 The puppies got fed in the main yard for a change but it didn’t slow them down any. You can see the grizzling on their backs. It is most pronounced on Bonney (lower left), Badger (center) and Barclay (right of Badger). 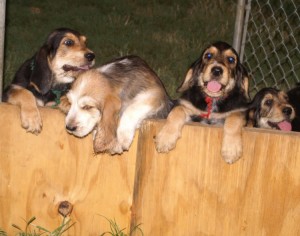 Whether in the pen or out when food is involved they want on which ever side the food is on. Here Booker, Badger and Bexar hang over the barrier to the puppy pen wanting in where the food is.