Announcing the I Litter Otterhounds

On April 21, 2022 Hunter’s Emilee Jade was bred to Mudcreeks Spring Harvest. On May 18 Emilee went in for an ultrasound and was confirmed pregnant. On June 7 she had x rays done and the vet confirmed at least two otterhound pups.

Emilee was born October 9, 2017. She is black and tan grizzle and weighs about 83 pounds (pre pregnancy). While she hasn’t been shown she did attend a tracking class. She loves tracking, hunting and getting in the pond. She is very friendly and likes to meet people. She had her hips x rayed and received a rating of mild hip dysplasia. She was tested and cleared for Glanzman’s and on January 18, 2018 she received her CHIC number.

Harvey was born April 13, 2006. He died at the age of ten in 2016. He was 27 inches tall, weighed 107 pounds and black and tan in color. He had a sweet temperament and was very easy going. He was shown and received some points but did not get his championship. His DNA was submitted for the epilepsy study and he received an OFA rating of good hips on May 1 2008. He was not tested for Glanzman’s but there is no incidents of it in his family. He was collected and stored and the semen was donated to the Otterhound Club of America Reproduction Bank, Inc. You can see more pictures of him at https://www.ohca-reprobank.org/harvey.html.

The I Otterhound Litter

Emilee went in for a check up early on June 20. Since it was already 66 days since conception it was decided that Emilee would have a c section. The two girls were delivered around 2 o’clock in the afternoon. The larger black and tan female weighed 1.5 pounds while the smaller liver and tan female weighed 0.9 pounds.

At first Emilee didn’t know what to make of the pups and didn’t want to have anything to do with them. By six o’clock the next morning she was adjusting and by nine she was in full mother mode. Emilee and her two girls are doing well. 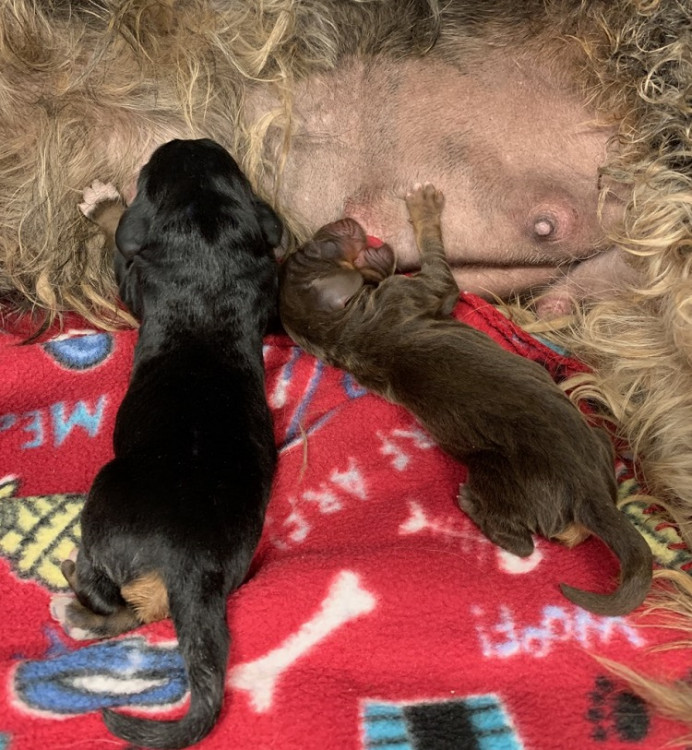 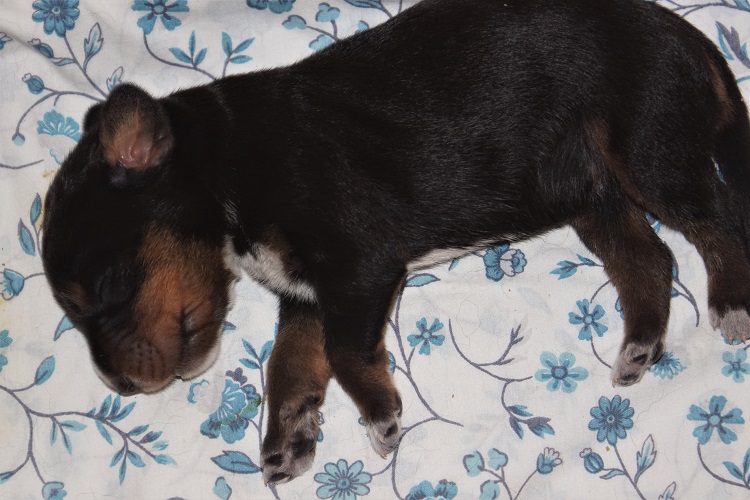 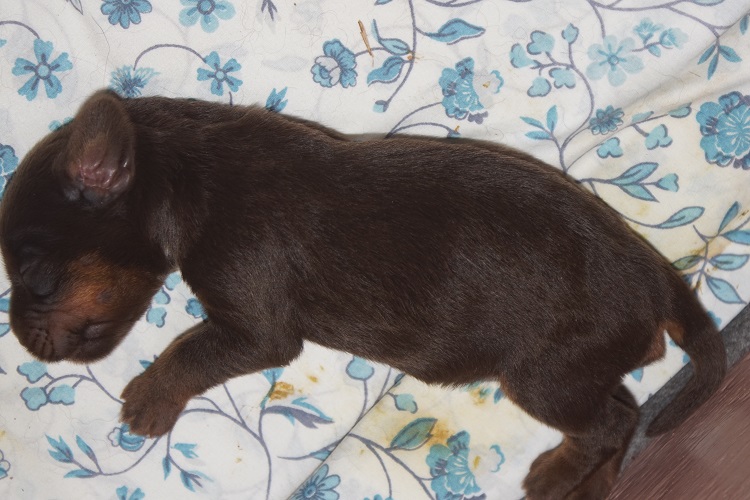 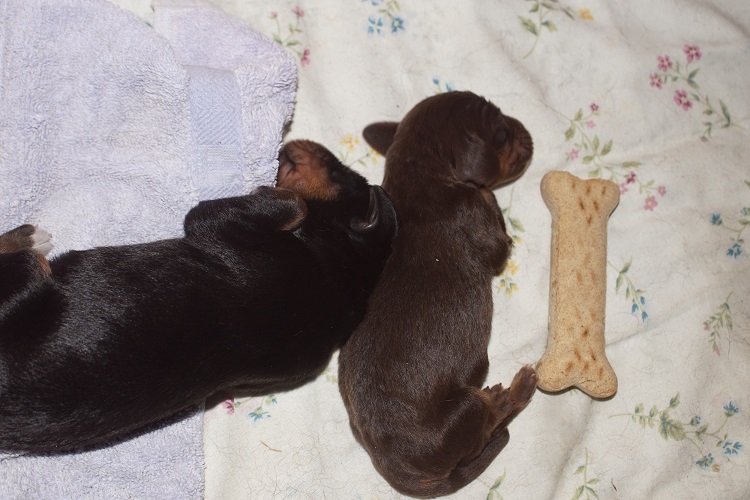 I Litter Otterhound Size against a large milk bone