Later the pups had a thorough check up and the vet said the all the Otterhound pups are doing great. The pups got their first round of shots and were started on heart worm preventive. On Thursday the weather was nice and the Hunter G litter spend most of the day outside in the large puppy pen. On Friday the temperature dropped so the Otterhound pups spent part of the day on the back porch warming up.

The pups had their first experience with the treat ball. It didn’t take them long to figure out that when the ball rolled food fell out. The pups got their first bath Friday and were all very good about the bath. 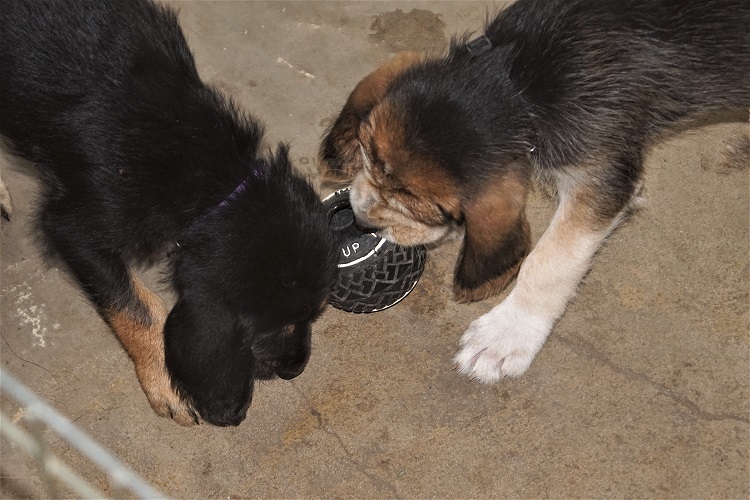 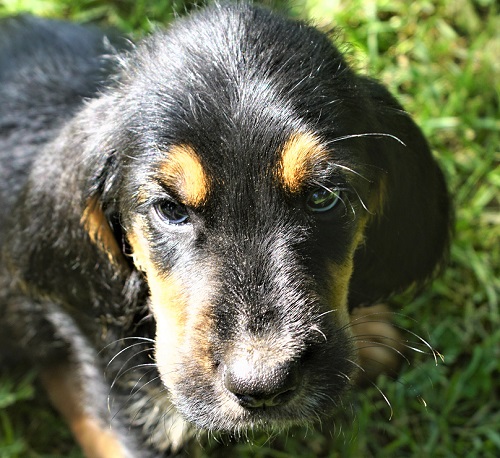 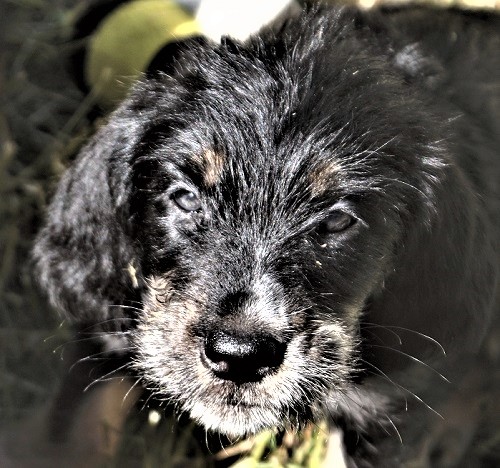 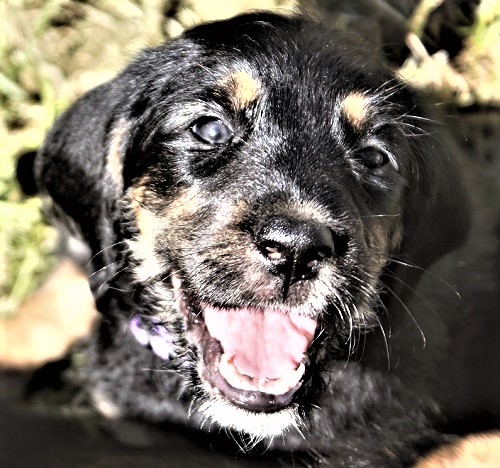 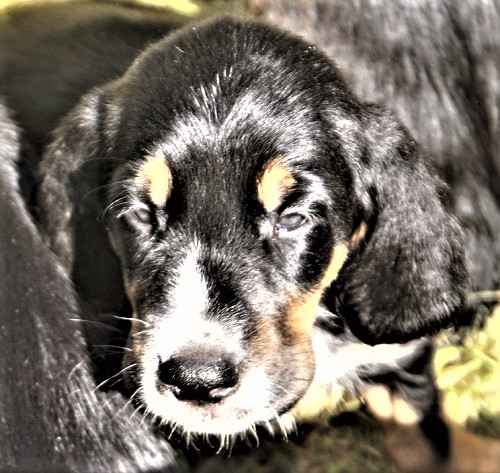 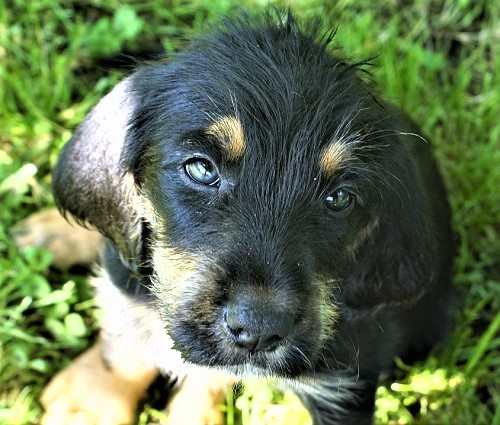 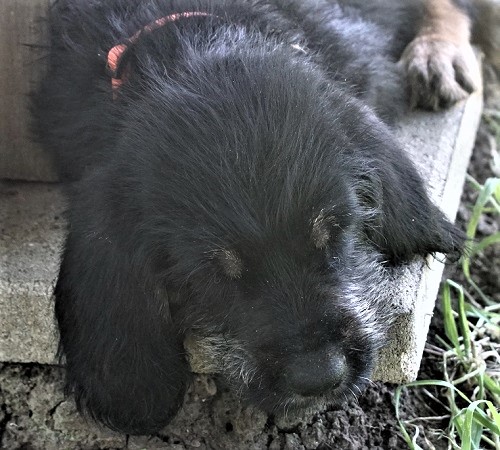 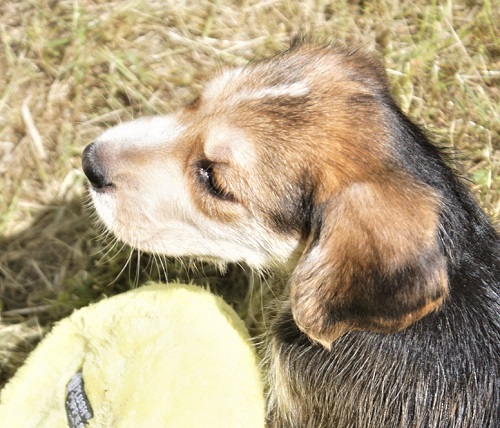 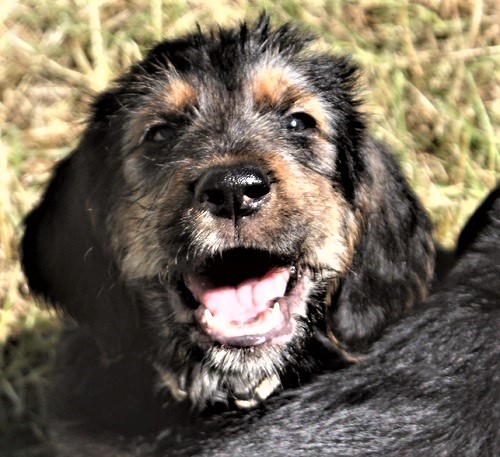 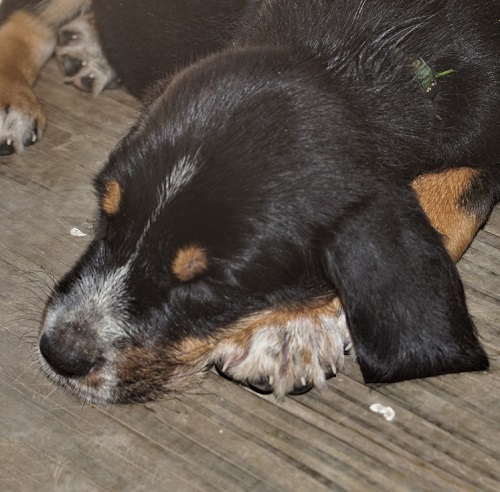 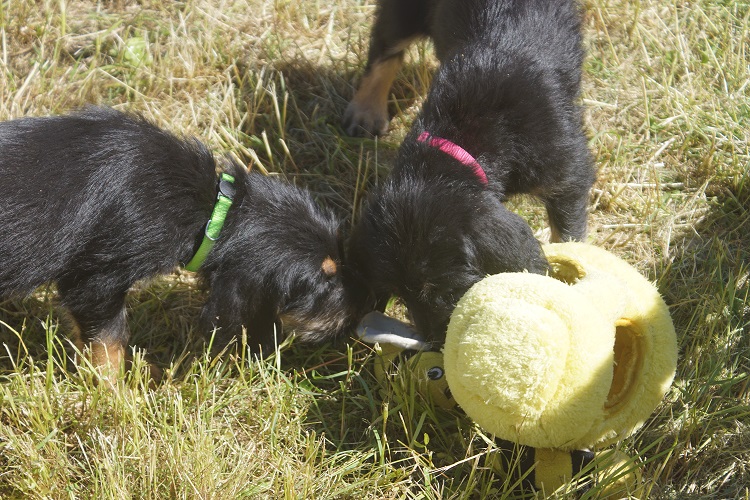