For the first time it was cool enough for the Otterhound girls to go outside. For their first outing they were allowed to run free in the front yard and they quickly took advantage of it. It didn’t take them long to find the other dogs and talk to them through the fence.

After a couple of times loose in the yard we had to set up the exercise pens. The Otterhound girls didn’t like being confined. They wanted to run free so they could get into things. They get to go out two or three times a day depending on the heat and are starting to get the idea that they should potty outside.

They are eating solid kibble now and prefer it to the mush. Probably because it feels good on their gums as they are fast cutting teeth. They get a bowl of milk replacer and a bowl of dry kibble. The milk quickly disappears but they take their time with the kibble. Emilee is spending less and less time with the pups. She is most eager to check them out when they have been fed so she can eat everything they didn’t.

Hunter’s Ida Midnight Roamer weighed 7.8 pounds on July 25. While she is still more independent she was more likely to respond when called. She more readily adapted to the exercise pen and began checking out the area. She has been playing (chewing) with the squirrels and sock monsters. She tends to pull up the bedding and sleep on the mat below. 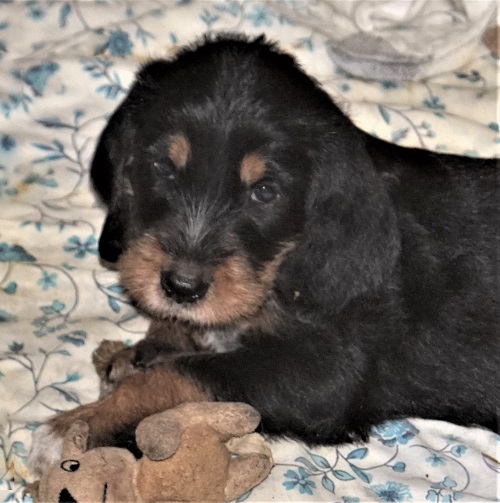 Hunter’s Iris Spring Harvest weighed 6.9 pounds on July 25. When they were allowed to run around the yard she ran into the irises at every chance. She really enjoyed talking to the other dogs through the fence. She also really dislikes the exercise pen. She runs around just enough to determine she is fenced in then starts hollering that she wants out. Once we pick her up she is happy. 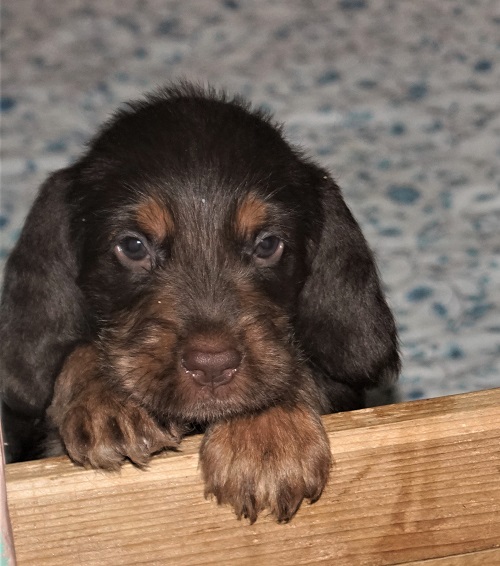 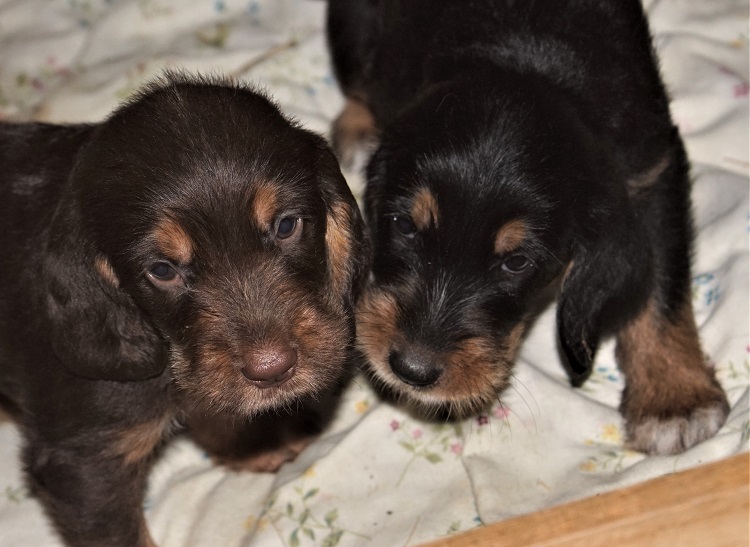