Week three has seen a lot of firsts. The Otterhound girls have their eyes open now and are just beginning to see the world. Right now they both have blue eyes. It will take a while for the natural color to develop.

The girls are gaining coordination and managing several steps before nose planting. They tend to get stuck climbing over mom Emilee’s legs but they don’t let that stop them.

Since their appetites some times exceeds Emilee’s supply they had their first bowl of formula. They did manage to drink some of it before stepping on the bowl and pouring it out. They have eaten some puppy chow mush but prefer mother’s milk.

The Otterhound girls also added playing to their daily schedule of eat and sleep. The play sounds more like a fight but there are no winners or losers as they fall asleep in mid fight.

They both have discovered the opening in the whelping box and have hung over the bottom board so much I had to add a second board.

Hunter’s Ida Midnight Roamer weighed 5 pounds on July 11. Being larger she is stronger than sister Iris. She discovered the entrance to the whelping box and on July 5 I found her sleeping peacefully just outside of the whelping box. She still fusses about getting weighed but has begun to like being held (sometimes). 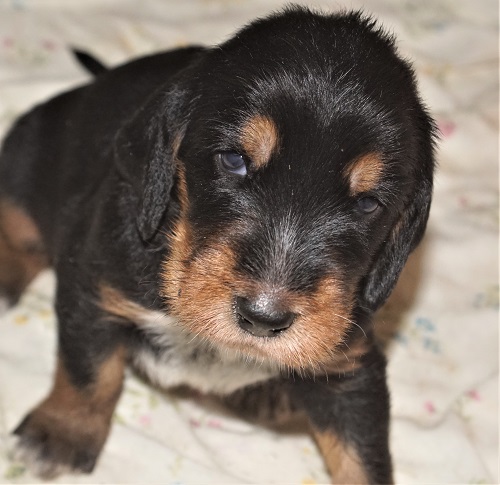 Hunter’s Iris Spring Harvest weighed 3.8 pounds on July 11. Not to be outdone on July 7 she climbed out of the whelping box to get to mom Emilee. While still smaller she seems to instigate the fights that end with both asleep. She likes to be held and is free with puppy kisses. 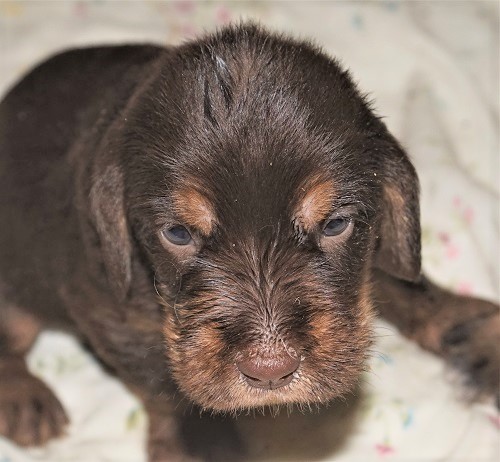 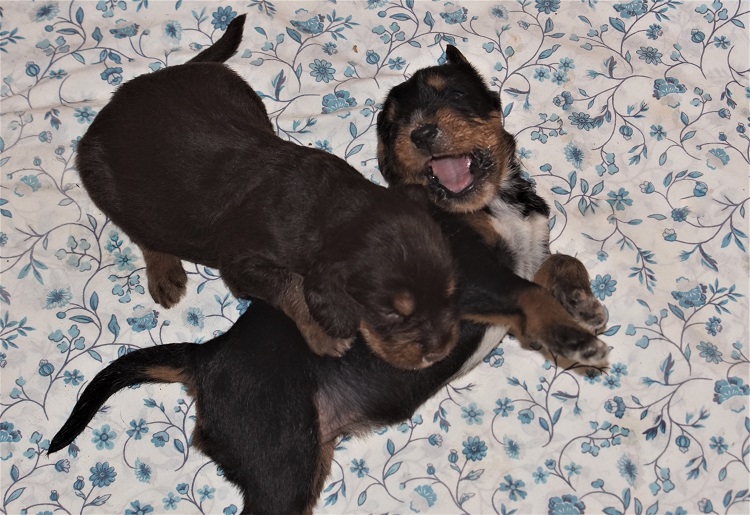