On July 4 the Otterhound I litter celebrated the country’s birthday and the ending of their second week of life.

Emilee is spending more time out of the whelping box but generally stays close so she can check on the pups. She is very protective of them and doesn’t like the other dogs too close.

The Otterhound pups are growing well. While they don’t have their eyes open yet they are getting close. Not being able to see doesn’t slow them down as far as moving around the whelping box. They are beginning to get up on all four feet but walking is more of a stagger quickly followed by a nose plant. Even though they can be very active they still spend most of their time sleeping. While they sometimes sleep together most often we see them sleeping in opposite corners of the whelping box. 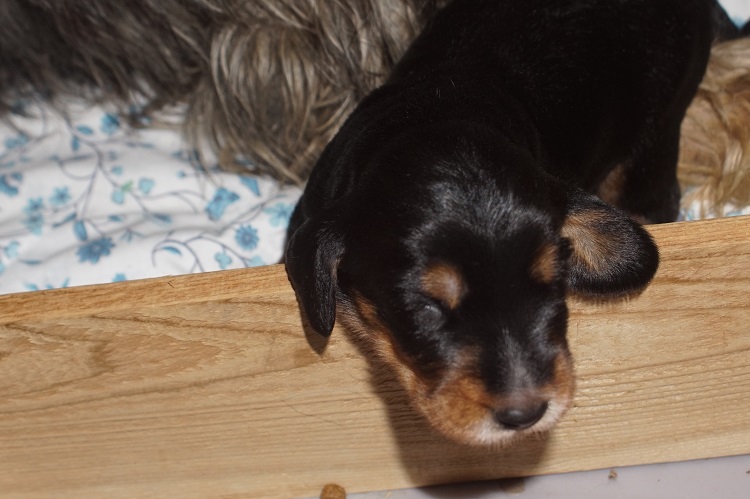 Hunter’s Ida Midnight Roamer (black and tan) weighed 3.3 pounds. Ida is still the most outgoing. She doesn’t seem to sleep as much as little sister Iris. She was the first to discover the door to the whelping box and stuck her head out. She even found mom Emilee’s breakfast and checked it out. She seems to be more independent. 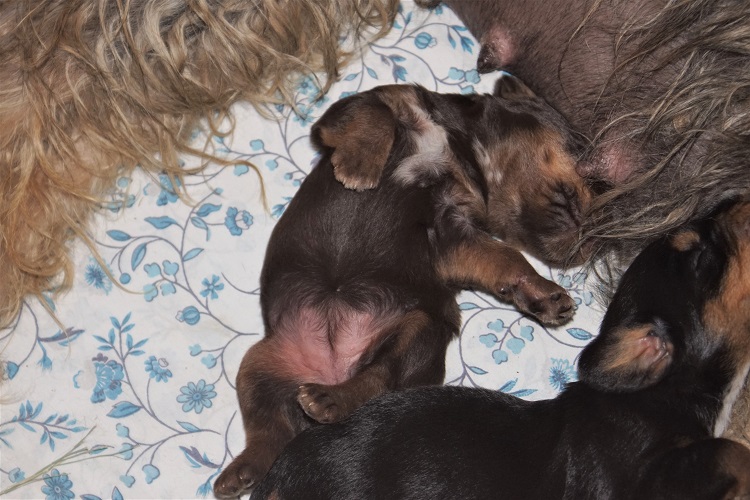 Hunter’s Iris Spring Harvest (liver and tan) weighed 2.5 pounds on July 4th. She sleeps more than Ida perhaps because she is smaller. She is getting the hang of getting all four feet under her but hasn’t gotten them to coordinate yet. She likes to cuddle and have her ears rubbed. She is also more agreeable when it is time to weigh. 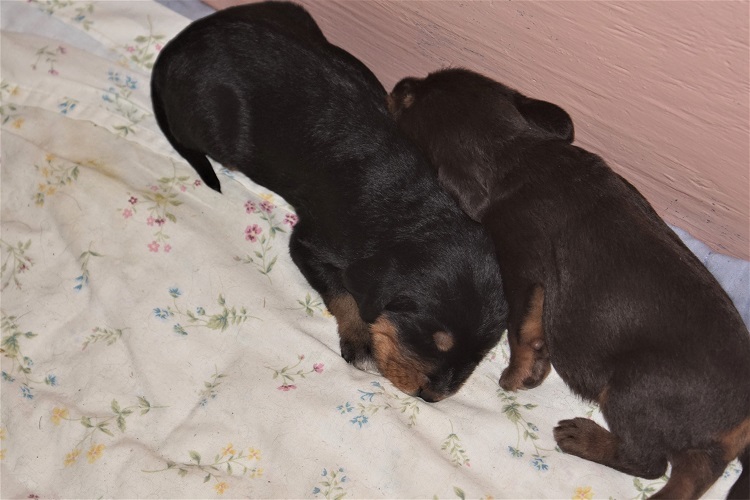