Christmas has come and gone along with most of the H litter of Otterhounds. After the veterinarian cleared the Christmas Otterhound Puppies for travel getting a pup before Christmas became the goal.

It was a very busy time getting everything ready and making arrangements for the new owners to come. Things are finally settling down and everyone is adjusting to the new norm.

The remaining three puppies are adjusting to fewer siblings. Fewer pups to share everything with and enjoying more room in bed as they wait to find their new homes 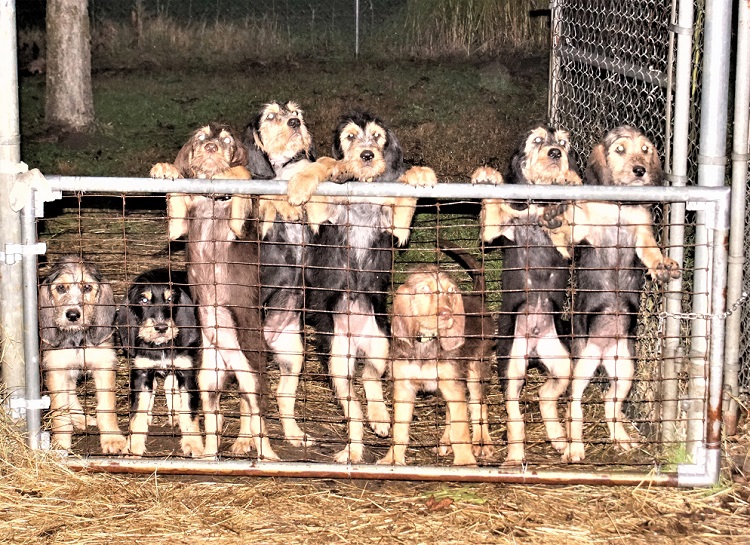 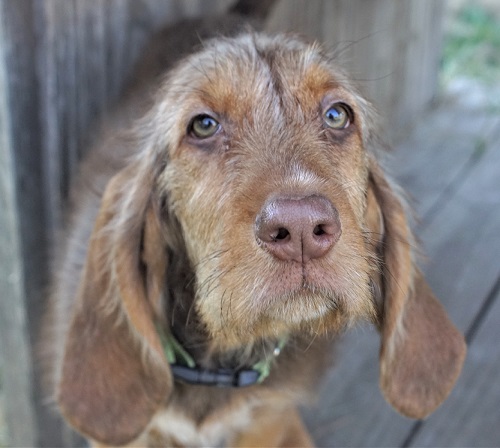 Puppy one Helena is developing into a photogenic girl. However she does spoil a good many shots by rushing up for attention. She loves to give kisses and can get carried away. She can be so calm one minute and off and running the next. She still has a distinct liver and tan coat with lovely long ears and expressive light colored eyes. She loves food and tends to hog one of the two bowls. 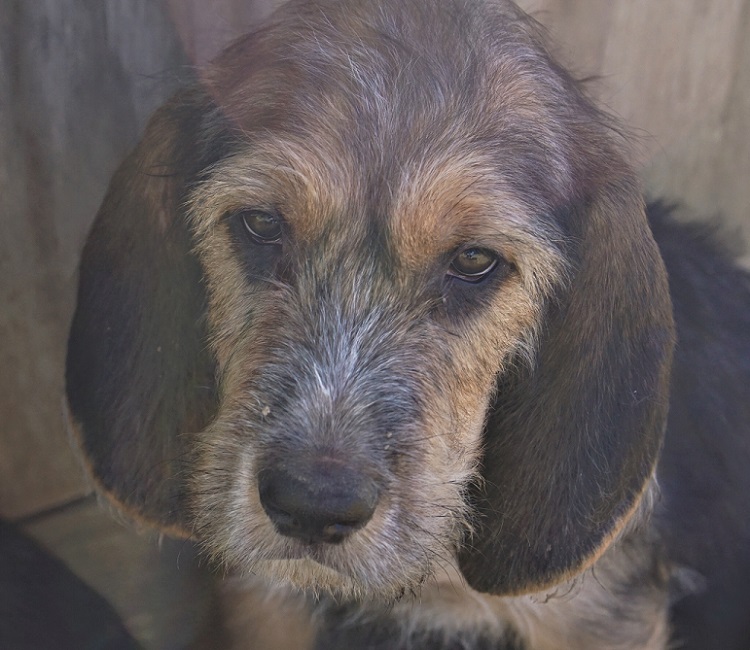 Puppy two Adopted. Hunter’s Hiram Sings The Blues left for his new home on December 20. Hiram didn’t have far to go as he stayed in Texas just about one hundred and twenty miles from where he was born. He has settled into his new home. 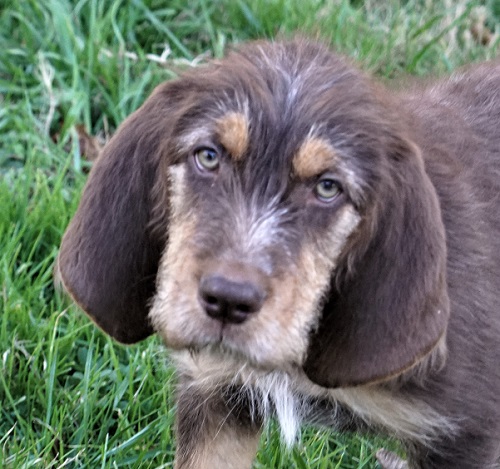 Puppy three Happy still lives up to his name as he is a happy fellow. He is full of energy and only stops when he falls asleep. He can be quite vocal at times. When the wind blew a piece of plastic toward their play yard he was determined to protect the yard. He barked at the plastic like a big dog not backing down from something strange. The effect was a bit spoiled by his still falsetto voice. 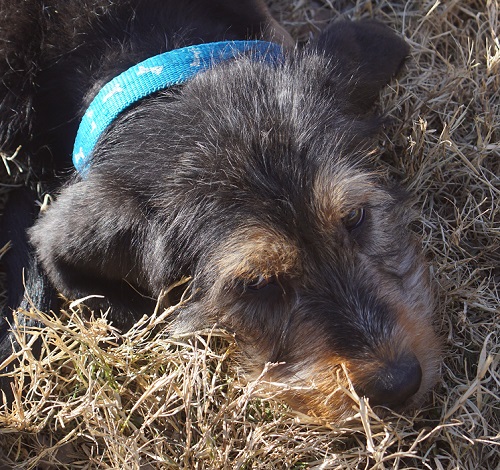 Puppy four Adopted. Hunter’s Hondo Montuno also left for his new home on December 20. While he didn’t stay in Texas he didn’t go too far, as his new home in Oklahoma is only about two hundred and fifty miles away. He to has settled into his new home and had an exhausting Christmas. 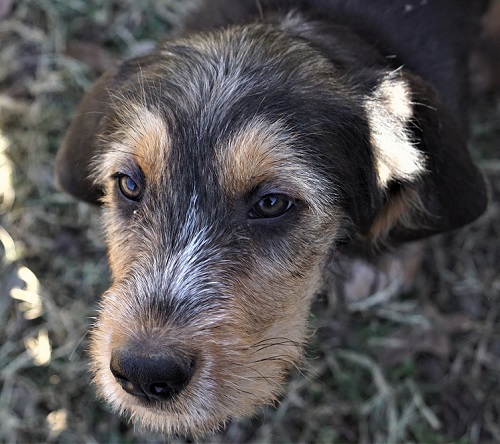 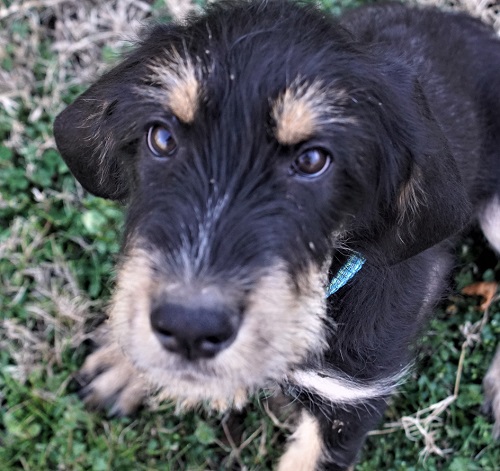 Puppy six Harriett is still the darkest of the litter. She has a few white hairs on the tip of her tail. She is lively and friendly but tends to keep to herself. That doesn’t mean she doesn’t like to play with the others just that she prefers it on her terms. She climbed out of the whelping box and took off outside with the big dogs. 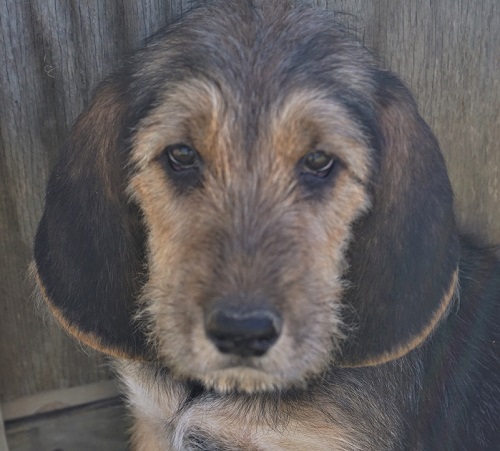 Puppy seven Adopted. Hunter’s Harmony In Jazz set out for Illinois on December 23. She quickly took to her new family and enjoyed the toys she got for Chirstmas. She is now called Tallulah or Lulu for short. 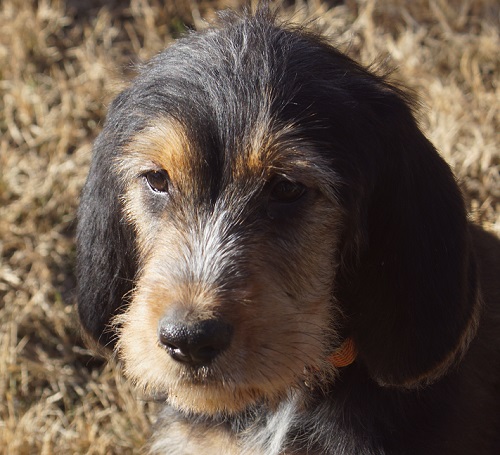 Puppy eight Adopted. Hunter’s Holly Lydian left for her new home in Colorado on December 19. She went to live with her great aunt and her family. She celebrated Christmas with her new family and got a new name Emiry.