On August 29 the Hunter Otterhound I litter was ten weeks old. The girls have not wet their bed in over a week. They do get it messy with dirt and wadded it up.

They still get up around five AM needing to potty and raring to go.

The Otterhound puppies like to stay outside once they have breakfast so are moved to the puppy pen in the yard until time for the big dogs to eat. Then they go back in the pen out front until it starts getting too hot and they are ready for a nap.

They got their first collars this week and didn’t have any problems with them. They took to the collars like they had been wearing them all along. Also they started loosing their baby coats so their fur is sticking out all over.

After the big dogs have their supper the pups are allowed to run around in the yard. They met all the big dogs. A couple of the big dogs had to be put in the house but most just avoided them. Grandmother Cheyenne was really interested in them, but a little attention went a long way. So she had to go in the house.

On the other hand the younger ones – Glory and Happy – love having the pups out and running around. The two of them are a bit much for the girls so we usually just let Happy (22 months old) play with them. They love chasing him and he loves having them chase him. They get about half hour to play before dark.

Hunter’s Ida Midnight Roamer weighed 19.8 pounds on August 29. She and Glory seem to pair up when they are playing. Ida was checking out everything and got stuck in the guard fence around the air conditioner. Once she was out she stayed away from it. She loves playing with Happy when he has a stick and will run up and take it away from him. 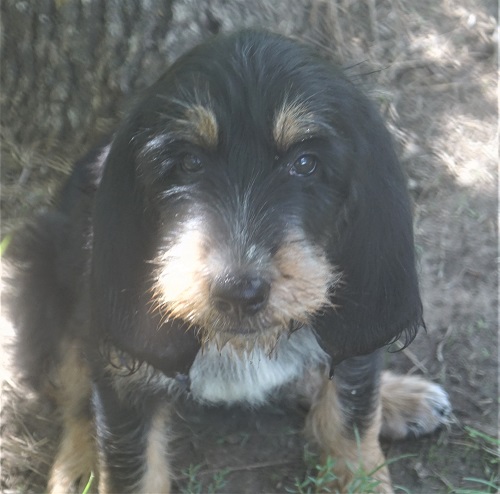 Hunter’s Iris Spring Harvest weighed 16.4 pounds on August 29. She loves racing around the yard and pouncing on the other dogs. Being smaller she tends to get bowled over more often but that doesn’t stop her. She wanted on the porch but wasn’t at a door so she dove through the gap below the rails around the porch. It was a tight fit but she wiggled through. 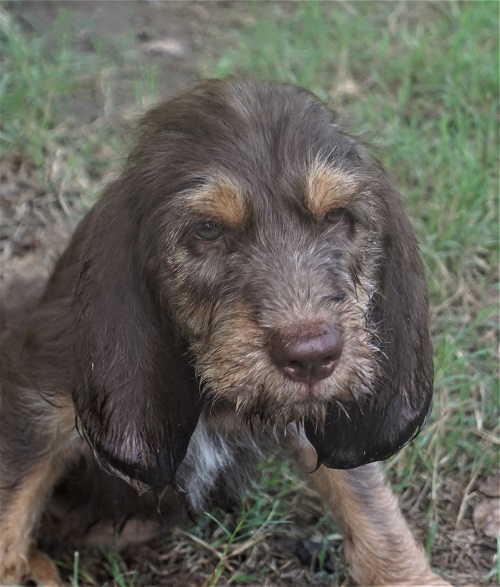 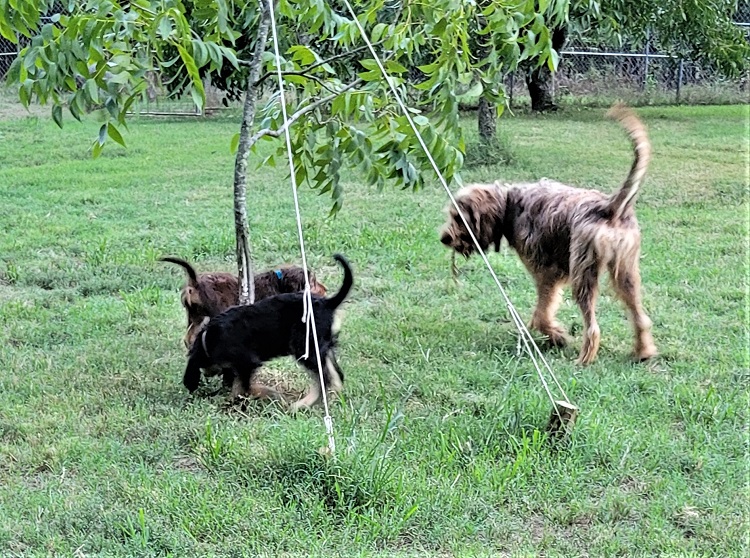